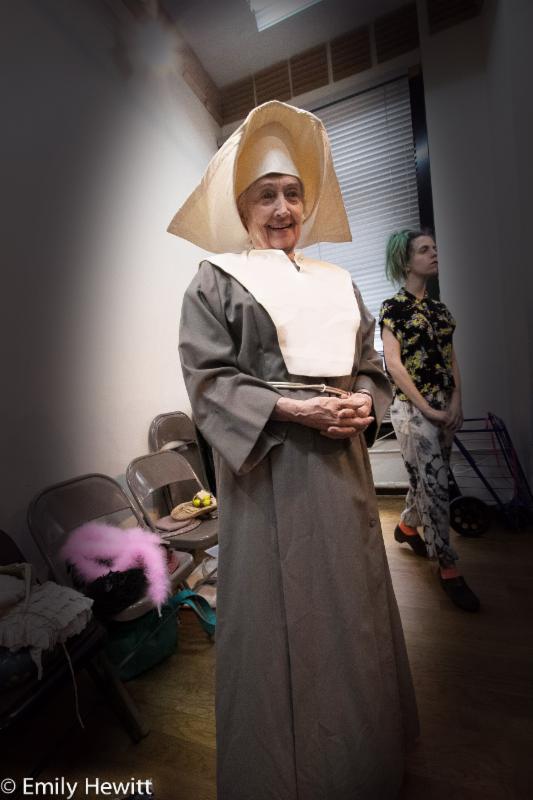 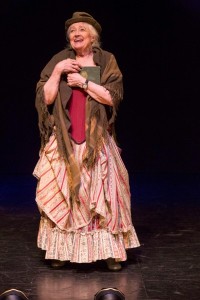 There have been a lot of theatre festivals and playing at the Thespis Theater Festival & Days Of The Giants LLC Presents is a tiny gem of a play called The Actress. This 1-act comedy by award winning costume designer turned playwright Carrie Robbins, is a delightful, and humorous look at what costume designers have to deal with in creating the look of a show. The winning Mikel Sarah Lambert plays Albertine Reine “The Actress,” who boarders on Helen Hayes or Vanessa Redgrave. Though she is divine on stage and adored by fans worldwide, backstage, she is a diva personified. Constantly late for curtains making her audience was an unreasonable amount of time due to costume malfunctions that she fabricates in her mind, Albertine is driving her costume designer Zoey (Dana Smith-Croll) mad. 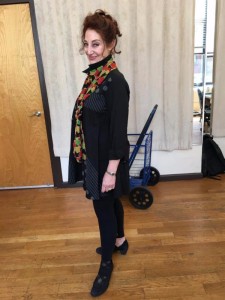 We start in the present as Albertine refuses to go on stage because her costume is too long. She is in her dressing room insanely sewing until Steve the Assistant Stage Manager (Thomas Leverton) gets Zoey o remedy the situation. it takes Peter (Matt Baxter Luceno) and Joieann ( Jenne Vath) to cajole the deranged star. 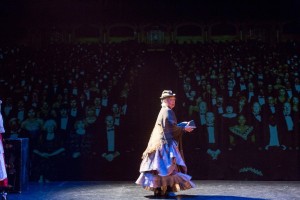 We go back in time to twelve years earlier when Zoey is almost fired by the producer Mr G (Steve Hauck) for not giving Albertine a costume she wore is a Summer Stock version which is in tatters but to Albertine it is how she sees her character.

Now we jump in time, but this time Albertine saves her costume designer ass and how she does t you will have to see the play.

Ms. Robbins not only wrote this heart warming play but she designed the costumes and does both with aplomb. Carrie has a way with dialogue tat is natural and free. Ms. Lambert is adorable as “The Actress” set in her ways no matter how far fetched. I would assume Zoey his based n Ms. Robbins and Ms. Croll does not make us love Zoey. Who we end up cheering for is Albertine