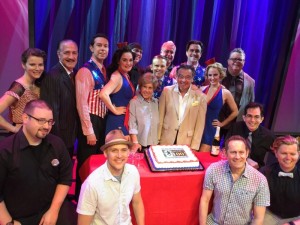 The company and producers of Cagney 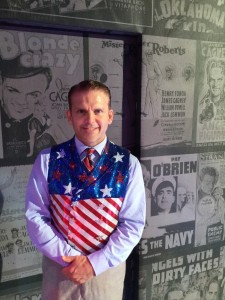 Prior to the run at The Westside Theatre, Cagney played a critically acclaimed limited engagement at The York Theatre Company in 2015. 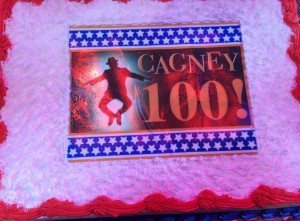 “100 performances… wow, what a milestone,” says Robert Creighton, who stars as Hollywood legend James Cagney and co-wrote the original musical score. “The idea for Cagney began when I was still in acting school. And now, all these years later, it’s a dream come true to share the stage with this amazing cast and celebrate this screen legend and native New Yorker.  The response from the critics and audience, the awards and nominations …it is truly beyond what we could have hoped for.” 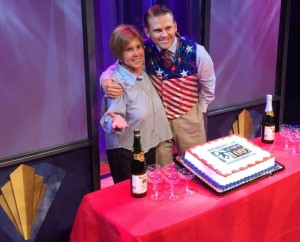 Not even five and half feet tall, James Cagney’s oversized talent catapulted him from scrappy Irish kid on the streets of New York to Hollywood legend on “the top of the world.” A Vaudeville hoofer turned actor, Cagney made a splash on Broadway before Hollywood called and made him one of the Silver Screen’s most iconic tough guys in legendary films including The Public Enemy, The G Men and White Heat.  But it was his turn as song and dance man George M. Cohan in Yankee Doodle Dandy that earned him the Academy Award and forever cemented his place as one of America’s most beloved movie legends alongside the likes of Clark Gable, Charlie Chaplin, Marlyn Brando, Jimmy Stewart and Fred Astaire. 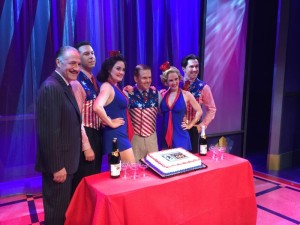 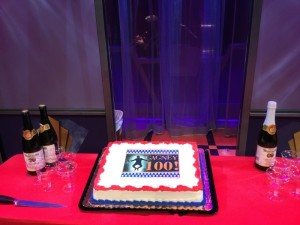 Directed by Bill Castellino (Grumpy Old Men, Jolson), and choreography by Tony Award nominee Joshua Bergasse (On the Town, Gigi), Cagney features a book by Peter Cooley (I’ll Be Back Before Midnight) and score that blends original music by Robert Creighton and Christopher McGovern (Lizzie Borden) with classic George M. Cohan favorites, including “Give My Regards To Broadway,” “Grand Old Flag,” and Yankee Doodle Dandy.” 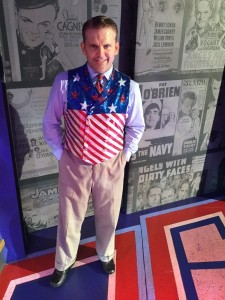