The Amazingly Immortal Finkel Brothers Prove Talent Has No Limits

The Amazingly Immortal Finkel Brothers Prove Talent Has No Limits

Bernie Furshpan presented Ian Finkel, the World’s Greatest Xylophonist and Elliot Finkel, a renowned pianist at the Triad last night. Despite a snowy evening, this duo accompanied by their fantastic band with Martin Fischer on drums, Louis Bruno on bass and Robert Kirshoff on Guitar, made a cold unforgivable night hot and worth braving the weather. 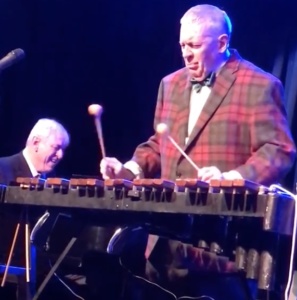 The sons of Fyvush Finkel, the star of Yiddish Theatre, are musical genius’s wowing with their ingenious mash-ups, that are oh so crowd pleasing. Getting things rolling with Fats Waller’s “The Joint is Jumping,” the duo lapsed into the latin “Sway.” The audience started to jump, jive and samba in their seats. If there had been room, I am sure there would have been some dancing in the aisles. The brothers are like Victor Borge, Liberace and Xavier Cugat all rolled into one. 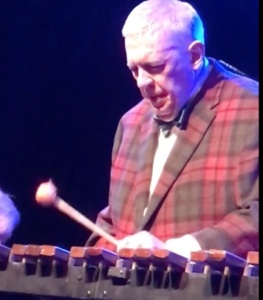 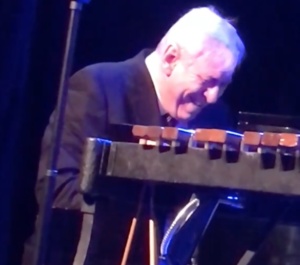 “I’ll Be Seeing You” had strains of The Phantom of The Opera. Santana’s Maria, Maria and Smooth” had the drum beats of “Sing, Sing, Sing.”

Then came the “Gershwin Medley” that included “I Got Rhythm,“ “Summertime,”“Lady Be Good,”“ Who Could Ask for Anything More”, “American In Paris” and “Rhapsody in Blue.”At times the medley sounded like a looney tune version or more an Animaniac version. The songs morphed into each other, blending cord progressions and harmony. It was musical heaven.

Next was comedian Bob Greenberg, who my friend Marya thought was hysterically funny, but left me flat. His impressions of Curly from The Three Stooges, Lou Costello, Alfred Hitchcock and Jackie Gleeson, had Marya laughing, so hard she was crying. To be fair, I never like the originals, so impressions of them weren’t ever going to make me laugh.

Ending with a radiant “Amazing Grace” the whole night was magical and sheer musical nirvana. Don’t believe me? Listen for yourself.

Vidoe and photo’s by Bob Blume.

Suzanna BowlingNovember 9, 2022
Read More
Scroll for more
Tap
My View: Memories Are Made Of This – Deana Martin Remembers Dean at The Colony Hotel
My View: Ann Hampton Callaway Starts to Sing A Love Song and Spots Her Ex Husband In The Audience