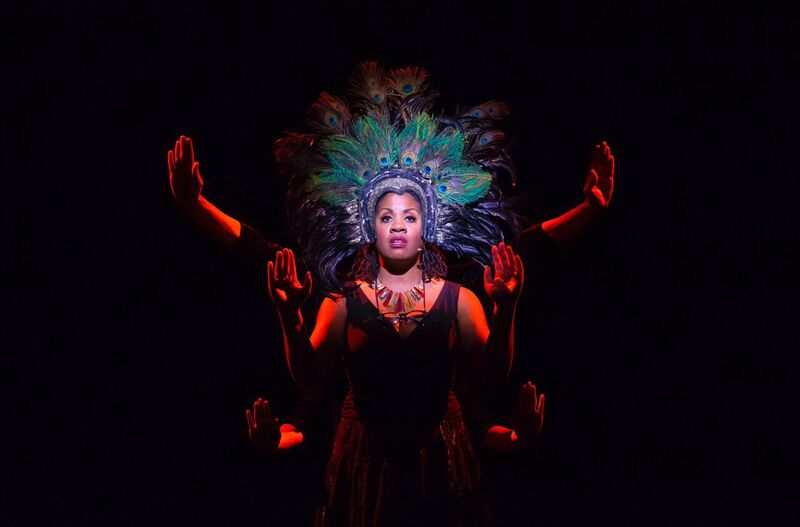 The Art of Falling – A Fantastic Fusion of Comedy and Dance

The Art of Falling – A Fantastic Fusion of Comedy and Dance 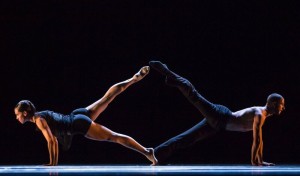 Back by popular demand for its second encore run, the dynamite pairing between the comics of Second City and the remarkable dance talents of Hubbard Street Dance Chicago. A partnership, who on the surface may not make sense, but when combined, this goofy meets graceful pairing offers an explosive and remarkably entertaining night out. Together, they can both be added to the distinctive list of dynamic duos including Batman&  Robin, Bogie & Bacall,  Sherlock Holmes &  Dr. Watson, Bert & Ernie and now Hubbard Street Dance Chicago and Second City. Reunited and playing this time exclusively at the Harris Theater for just two weeks, this hysterically imaginative partnership is simply put, not to be missed. The recipe for a successful collaboration like this one is quite simple; blend 30 dynamic performers, comedians and dancers alike, whisk the production by an award winning Second City veteran Director, Billy Bungeroth, add a dash of five strong choreographers (Alejandro Cerrudo, Lucas Crandall, Jonathan Fredrickson, Terence Marling and Robyn Mineko Williams), fold in talented writers including Tim Mason, Carisa Barreca, T.J. Jagodowski, Kate James and Chris Redd and simmer to fineness.  A buffet of comic and dance artistry for all of Chicago to relish. 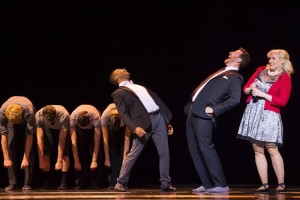 The Art of Falling shared three parallel stories of falling…. in love, out of love and on your face, to both gorgeous and hysterical success. Opening with Glenn Edgerton, Hubbard Street’s Artistic Director, this 2 hour comedy and dance fiesta is a triumph of both improvisation and the human spirit. The first vignette, “White Office Swan” featured Second City’s Carisa Barreca as the new Office Temp, surrounded by a team of performers who adapt into the common office fixtures which populate a work space; a coat rack, a treadmill, a Nazi inspired stapler, a mailbox, a 4 person vending machine, a staircase, a life-sized crucifix, affectionately named “Black Jesus…or Jesus” and a kinetic energy desk toy purchased from the Sky Mall Catalog. Choreographer Terence Marling converted dancers Carisa Barreca, Jesse Bechard, Jonathan Fredrickson, Michael Gross, Alice Klock and Emilie Leriche to both jovial and visually exquisite results. The stage wide ballet upon rolling office chairs, something attempted many times at Second City in their smaller venues, was a comic tour de force. 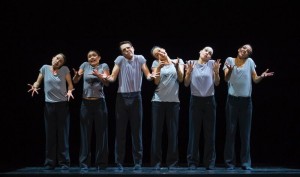 The second major story arch centered around falling in love which paired two same sex office colleagues, both played by The Second City members.  John-Michael Lyles plays a dancer who began courting his socially awkward co-worker, Joey Bland. Their story unfolds to lovely lessons about  trust and acceptance. “You are a dancer? I can’t date a dancer. I like to eat. Like, entire meals.”  The awkward and giggle inducing exchanges continued on a redline train and at the shared family Thanksgiving meal, punctuated by another amazing comedic turn from Second City’s Tawny Newsome as the meddlesome grandmother, chatting with a vision of the Virgin Mary about the benefits of same sex partnerships. Trust me, comic gold! By the end of this piece, the eventual lesson of acceptance of flaws; yours and your partners, resonated lovingly. Both Lyles and Bland lifted, figuratively and literally, by the powerful arms of the Hubbard Street dancers. 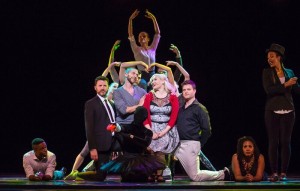 The third story focused on Tim Mason, who preforms comedy skits to spice up corporate sales meetings, and his Southwest airline passenger seat mate, Christina Anthony, an obnoxious traveler who voyages with a deck of conversation starters note cards as a way of dealing with strangers. The entire team of 30 performers work remarkably well in this skit as the plane experiences terrible turbulence, then eventually explodes. In a hilarious twist, we follow both characters as they fall slowly through the air, playing a game of “Confession: Or Crash,” discussing their favorite presidents (Bill Clinton) and life lessons, as they plummet to their demise.  With the ingenious use of video (design by HMS Media) projecting onto a large suspended screen, dancers somersaulted across the floor, sometimes on their backs or bellies, representative of clouds, birds, and other plummeting passengers, giving the appearance of weightless objects, floating through the air. 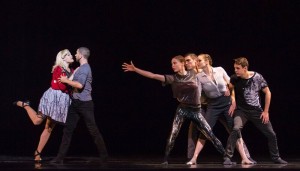 Independent of the three main stories, and serving as miniature story breaks, smaller, self contained pieces were inserted too. My personal favorite included the visually magnificent “Typewriter,” an Alejandro Cerrudo choreographed piece, a team of smiling and giddy typewriter keys of exquisitely synched dancers — Jacqueline Burnett, Alicia Delgadillo, Kellie Epperheimer, Adrienne Lipson, Ana Lopez, and Kevin J. Shannon. The second, “Wicked at Heart,” choreographed by Robyn Mineko Williams, featured Alicia Delgadillo, transformed into an inflatable doll pumped up by a frantic Jason Hortin set to the soundtrack of Chris Issak’s “Wicked Game.” Just brilliant.  The third, once again  featuring  Second City’s gem, Tawny Newsome, as an over-sized sweater wearing, overly dramatic, demanding and relentless choreographer, reticent of Debbie Allen from FAME, torturing her dance class with skewered versions of the “5…6…7…8…” count down to begin rehearsal.  “Nine, no one starts on a 9!”

Act two began with a straightforward dance performance, an excerpt from “Second to Last,” with striking choreography by Alejandro Cerrudo set to Arvo Pärt’s haunting “Spiegel im Spiegel.” This was the solitary piece which didn’t follow any of the aforementioned comedic narratives, but showcased what the Hubbard Street does best.  Amazing, gravity defying, stunning and moving pieces of modern dance. Visually breathtaking and beautiful in its own outright. As much as I enjoyed the mixture of comedy and dance throughout the evening, I appreciated this notable free standing dance portion a great deal.

The Art of Falling is a remarkable show, creatively linking two legendary powerhouse Windy City entertainment venues within one magnificent platform. I am head over heels in love with this partnership and cannot wait to see what is next in store for their faithful audiences. For two years they have proven this concept is no fluke. I am hoping for the third year they expand, each bringing additional fresh material to the plate.  A gloriously devilish combination of improvised scenes, musical vignettes, exquisite choreography and rib-tickling hilarity, this lush interplay is essential Chicago summertime viewing.

Hubbard Street Dance Chicago and Second City’s The Art of Falling is now playing through June 19, 2016 at the Harris Theater for Music and Dance 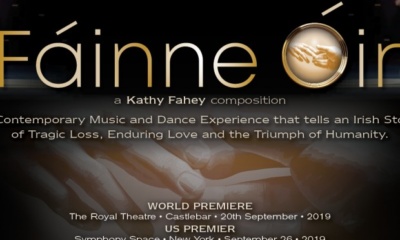