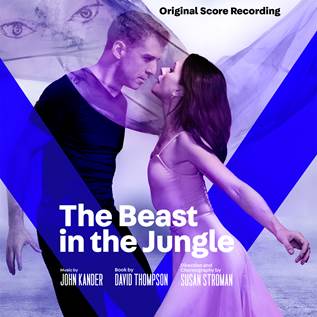 The Beast in the Jungle Gets Cast Album

The Beast in the Jungle Gets Cast Album

Broadway Records and Yellow Sound Label today announced that The Beast in the Jungle (Original Score Recording) will be released digitally and in stores on Friday September 14, 2018. The album is currently available for pre-order at www.BroadwayRecords.com and Amazon.com.

The Beast in the Jungle is the story of John Marcher, a man haunted by personal demons, whose great yet unfulfilled love affair with an unforgettable woman spans decades and continents. With an instrumental score of waltzes by four-time Tony Award winning legend John Kander, book by two-time Tony nominee David Thompson and dazzling choreography that traverses the worlds of ballet and contemporary dance by five-time Tony Award winning director and choreographer Susan Stroman, this powerful and romantic tale of love and loss reunites the remarkable creative team behind The Vineyard Theatre’s acclaimed The Scottsboro Boys.

Vineyard Theatre is an Off-Broadway theatre company dedicated to developing and producing bold new plays and musicals by both emerging and established artists. The theater is committed to creating an artistic home for daring and diverse artists and to nurturing their unique voices. For over 35 years the company has sought to produce work that challenges all of us to see ourselves and our world in new ways, and that pushes the boundaries of what theatre can be and do.