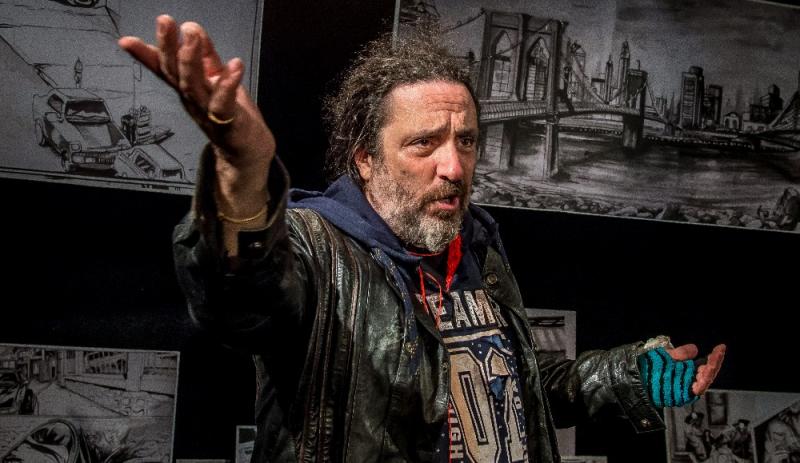 The Bench Offers Insights Into How People Become Homeless

The Bench Offers Insights Into How People Become Homeless 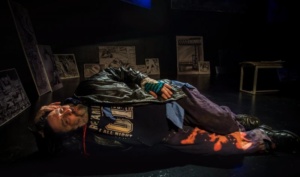 In 1987 after many years of research a new drug AZT is used for the treatment of AIDS. The US stockmarket drops 22.6% in on October 19th and crashes. A gallon of gas was $1.89, Average rent was $395.00. A new house under $93,000.00. “Full House,” debuts on ABC. The Simpsons debuts on Fox as Fox makes it’s Prime Time debut. The Baby M case decides the validity of surrogacy by a New Jersey court. The USS Stark a Frigate is attacked on May 17th by an Iraq Air to Sea missile. Disneyland opens in Paris. Aretha Franklin was inducted into the Rock and Roll Hall of Fame and Trump: The Art of the Deal came out on the Times Best Seller list.

Robert Galinsky tells us about 1987, before introducing us to five of the cities homeless, so that their lives can be illuminated, and we can see what we so often miss.

I found the saddest character to be Gravedigger, the Vietnam Vet, who lost everything after going to prison for injuring a teenager robbing his store. He was the victim protecting his rights, but the teenager ended up robbing him of more than just his store. This is a story that happens more often than not. Not being able to get a job, he becomes a grave digger thus the nickname.

JD, was a truck driver working way too may hours, who fell asleep at the wheel and lost everything.

Joe, a ex merchant marine, a hero could not live up to the hype. Having injured his leg, he has become non social, except for his love for Lorraine, a former English Lit teacher who was falsely accused of child sexual endangerment, turned to crack, become HIV+, a drug addict and prostitute. Lorraine, has had sex with all of them and given them HIV. She is the mother of Joe’s deceased child.

Finally there is Mark, is a rich kid whose parents gave him too much psychotherapy along with electric shocks treatments which have left him manipulative and on the streets.

All of these characters have been brought to life and written about by Robert Galinsky, performing in his one man tour de force show The Bench A Homeless Love Story. An advocate of education and prison reform, it is clear that Galinsky admires these individuals he is playing.

The East Village Playhouse is a postage stamp of a theatre, where it’s sparse set is accented with hand-drawn imagery, from Daphne Arthur’s graphic novel adaptation of the play. The audio design is by world re-known composer and multi-instrumentalist Deep Singh.

Directed by Jay O. Sanders in his New York directorial debut did an excellent job in helping Galinsky keep his characters moving seamlessly form one to another. The Bench allows the audience to put a face to those who lay on out streets and ask for handouts.

It is heartbreaking, mind opening. Galinsky wrote the show based on interviews based on true stories about real people. We all have stories and in seeing this piece maybe your story will see just a little less bleak.

The Bench: Has extend its sold out run from The Cherry Lane Theatre to The East Village Playhouse, 340 East 6th St., through April 13, playing Friday evening at 9pm.

Suzanna BowlingJanuary 12, 2022
Read More
Scroll for more
Tap
Encores! at 25: Hey, Look Me Over! You’ll Miss Out If You Don’t!
Cancer Gets a New Look in Eve Ensler’s In the Body of the World