The Best Broadway Musical is Off Broadway With Forbidden Broadway, The Next Generation 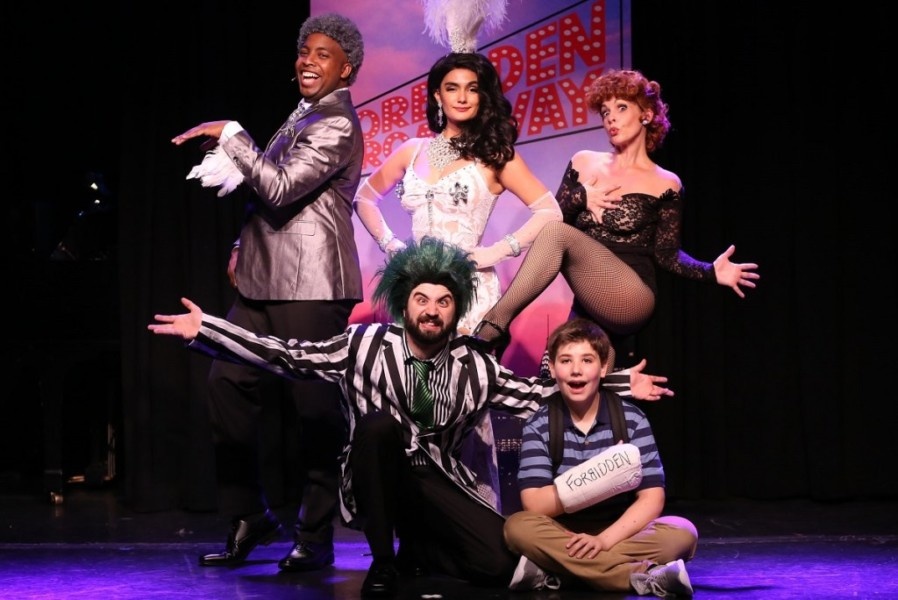 The Best Broadway Musical is Off Broadway With Forbidden Broadway, The Next Generation

Gerard Alessandrini’s parody revue Forbidden Broadway, The Next Generation is one of the funniest, intelligent, talent filled entertaining nights I have had in a long time. My guest. a musical theatre writer was also in stitches.

Starting with “God, I Wanna See It” a family arrives in Times Square to see a Broadway shows and the spoof begins. Nothing is out of bounds. Expect shows on Broadway, Off, TV, Film and the past to titulate. Hermes, Tony Award winner André De Shields (Immanuel Houston) from Hadestown is our guide.

Each of the cast members shines. Immanuel Houston gets to play Jennifer Holliday, to Bette Midler ( Jenny Lee Stern) and Bernadette Peters (Mayagoitia) as they pounder other roles to play in “There’s Gotta Be Something Better Than This” (Sweet Charity). He is Billy Porter, partnered with Lin-Manuel Miranda (Chris Collins-Pisano) in “Say No to This” and “Ev’ry Thing Now Is Inclusive”. Jeremy Pope also gets a moment with “Ain’t Too Proud.

Stern is a star with her renditions of Verdon, Judy Garland, Renée Zellweger and Mary Poppins “The Place Where the Lost Shows Go,” a memorial for flop shows. She is spot on.

Last but not least is the uber talented 13-year-old Joshua Turchin. He gives a great rendition of “Evan Has-Been”, as well as a fabulous rendition of Santino Fontana as Dorothy singing “Unwatchable”. I love Tootsie and Santino’s performance, so while well done, I did not find this part funny.

Even plays were spoofed with The Ferryman “How Are Things in Irish Drama?” and Harry Potter and the Cursed Child getting “Magic for Two”

This version also goes off Broadway with Fiddler on the Roof‘s “Translation,” and a clever “Brush Up Your Yiddish.”

Even directors are now making the list with Rachel Chavkin, Alex Timbers, and Daniel Fish. But my favorite of the whole night was Woke-lahoma! the scathing take on the Rodgers and Hammerstein revival.

Dustin Cross costumes and Wig designer Conor Donnelly make sure we know who is who and do it under budget.

This show is a must see if you want to laugh! And I hope it extends!!!!!