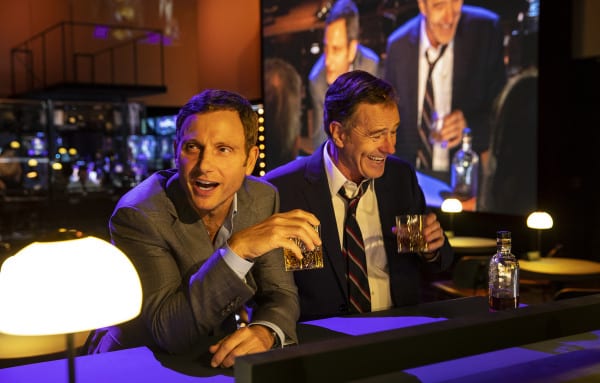 The Best in New York Theatre For 2018

The Best in New York Theatre For 2018

Every year when you think of the best shows of 2018 you think Harry Potter, Angels in America, Three Tall Women, Desperate Measures and The Band’s Visit. However these shows have already won awards. Our best list starts with this season and is what we think will be up for the Tony’s, Outer Critic and Drama Desk awards.

Best Broadway Play: This is a tie. Network and The Ferryman. Both of these plays are fabulous for different reasons. Both are a must see for theatre lovers.

Best Off Broadway Play: All is Calm, is my favorite play of the year, however it is also sung for the most part. It was billed as a play with music and was so well done that it deserves a round of applause. I also loved Ngozi Anyanwu’s emotionally packed Good Grief  at The Vineyard.

Best Revival Of A Play: Thanks to Marin Ireland, Summer and Smoke at CSC was early in the season, but deserves to be recognized.

Best Broadway Musical: Tie The Prom and Be More Chill. Though I have not been able to review The Prom due to Beth Leavel, being out the day I saw this, I have seen this show and it definitely is on our best list. Be More Chill was off-Broadway, but is moving to Broadway. This show brings a lot of energy and a fan base that goes over and beyond.

Best Off Broadway Musical: The Hello Girls at 59E59 was the most surprising revelation of the season. This phenomenal musical is musically satisfying thanks to Peter Mills and brilliantly staged by Cara Reichel. I’ve heard rumors that this show could be moving. If it comes to the right theatre on Broadway, this show will be a contender for the Tony’s, it is that good!

Best Revival Of A Musical: Carmen Jones at CSC was riveting.

Best Actor In A Play: Bryan Cranston hands down for Network.

Best Actor In A Musical: Will Roland belts his heart out and wins our sympathy in Be More Chill. Also Clifton Duncan in Carmen Jones  does a star turn.

Best Supporting Actor In A Musical: It’s all for “Michael in The Bathroom’s” George Salazar in Be More Chill.

Best Actress In A Play: Glenn Close for Mother of The Maid, Elaine May in The Waverly Gallery  and Janet McTeer for Bernhardt/Hamlet. This is the year of beyond talented women actress. Christine Lahti in Gloria: A Life, Edie Falco in The True and we still have Glenda Jackson coming in King Lear. This will be one hard category come award season.

Best Actress In A Musical: Now this all is contingent on how Caitlin Kinnunen and Beth Leavel get placed in The Prom. However we do love Stephanie J Block’s fabulous Cher.

Best Supporting Actress In A Play: Fionnula Flanagan for The Ferryman.

Best Supporting Actress In A Musical: See Best Actress in a Musical and Caitlin Kinnunen and Beth Leavel for The Prom.

Suzanna BowlingJuly 20, 2021
Read More
Scroll for more
Tap
Broadway Shows to Look For in 2019
The Broadway Association Celebrates the Holidays