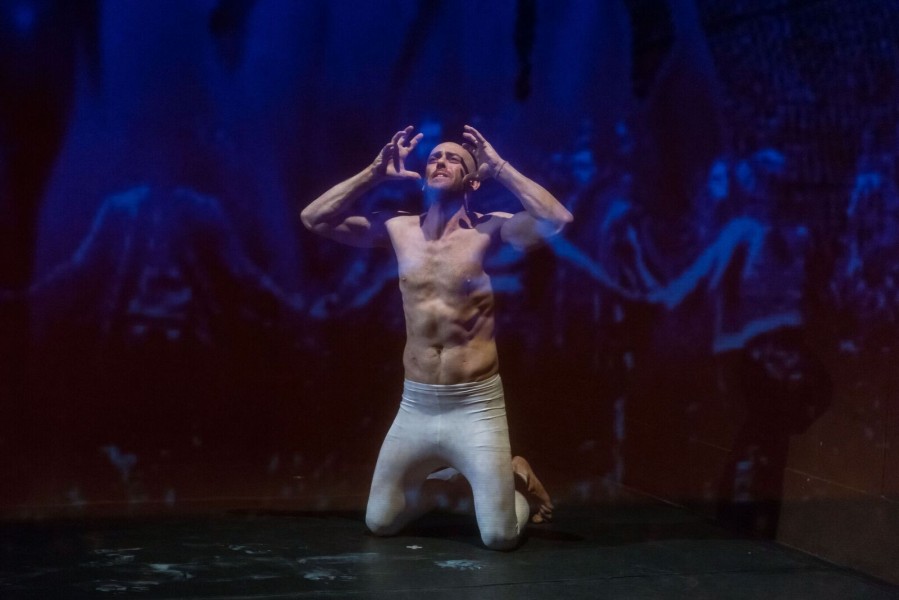 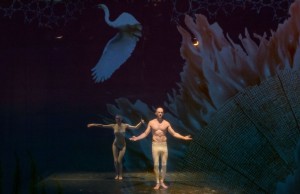 There is a man, who is in my neighborhood that begs for a $1.00 for a cup of coffee. He has the most nasal, whiney, irritating voice I have ever heard. It annoys me beyond belief. Last night at the The Black Moon Theatre Company’s production of Bliss based on the Tibetan Book of the Dead actor Alessia Bordoni, and I use that term loosely had the same voice. It never changed inflection, it only got louder. The voice was monotoned to that sound and it went on for an hour which, seemed like forever. Had there been a way to exit I would have done so after 5 minutes, instead I was trapped into this vocal hell. My guest also knows of this man and thought the same thing. To keep the audience’s mind alert the only other person on stage was a basically nude dancer Charlotte Colmant, who moved well but the choreography by Ms. Colmant and Rene Migiaccio was so disjointed and ugly, it just added to the torment. There is a director to this piece Mr. Migiaccio and that is shocking. Everything is done so slow and so badly it is agonizing. One hour seemed like an eternity. 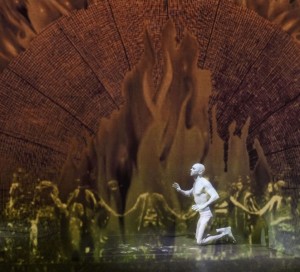 Only the projections or the art work by Estella Dupree had any merit. Even the music by Amaury Groc was mediocre. 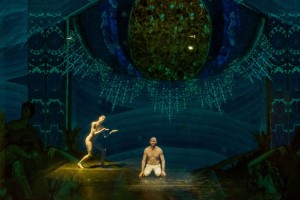 This is a must skip unless you want to be purgatory because I was not the only one that felt this way.

Bliss: The Black Moon Theatre Company at The Flea Theatre, 41 White St. September 8-25, 2016, at 7pm with 3pm matinees on Saturdays and Sundays