The Black Panther Claws Straight To The Top

The Black Panther Claws Straight To The Top

Disney is back on top with Black Panther. The super hero film grossed an epic $218 million over four-days. It took in $192 million in the first three-days. On the international market the film grossed $169 million, estimating a global debut of $361 million through Sunday. Ryan Coogler ‘s action-packed, Chadwick Boseman film is the fifth largest three-day domestic opening in history 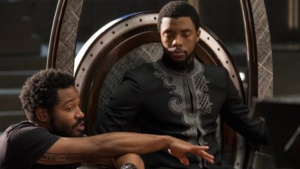 Director Ryan Coogler and Chadwick Boseman all photo’s from Disney 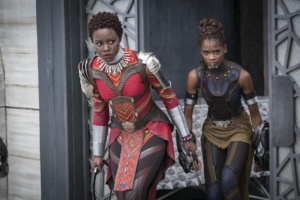 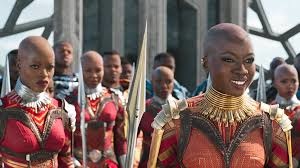 Danai Gurira all photo’s from Disney

Boseman portrays the newly-appointed ruler of the technologically savvy Wakanda, King T’Challa. T’Challa’s conflict with Michael B. Jordan’s character Erik Killmonger is highlighted throughout the film. Letitia Wright, Lupita Nyong’o, Angela Bassett, Danai Gurira and Daniel Kaluuya, round out some of this star-studded cast. 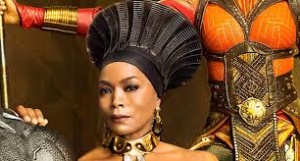 Angela Bassett all photo’s from Disney

Coming in second place in the box office was the film adaptation of Beatrix Potter’s classic tale Peter Rabbit. In third-place was Universal’s Fifty Shades Freed.

ElizaBeth TaylorFebruary 24, 2021
Read More
Scroll for more
Tap
Will The BAFTA’s Dictate The Oscars?
How to Watch all the Oscar Nominees… In Under 5 Minutes