The Bodyguard Is Set To Open Meet Its Star Deborah Cox

The Bodyguard Is Set To Open Meet Its Star Deborah Cox 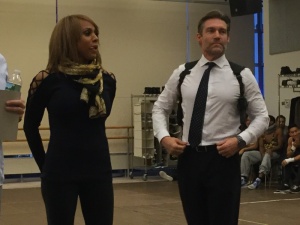 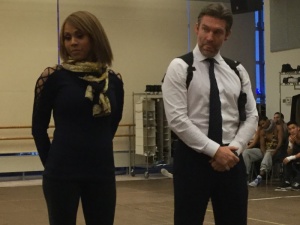 In this video see part of “I’m Every Women” and meet the talented Deborah Cox. 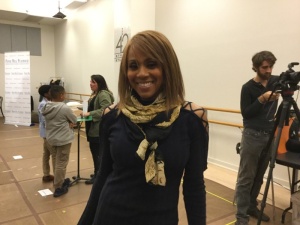 Performances are set to begin Friday, November 25, 2016, for a limited run through Sunday, January 1, 2017, at Paper Mill Playhouse (22 Brookside Drive) in Millburn, NJ, prior to the official national tour opening at the Orpheum Theatre in Minneapolis, MN, on January 10, 2017. 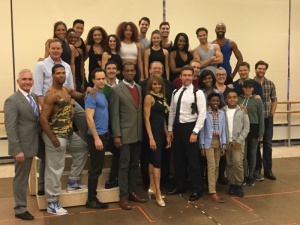 The cast of The Bodyguard

Based on Lawrence Kasdan’s 1992 Oscar nominated Warner Bros. film and adapted by Academy Award winner Alexander Dinelaris (Birdman), The Bodyguard had its world premiere on December 5, 2012, at London’s Adelphi Theatre. The Bodyguard was nominated for four Laurence Olivier Awards including Best New Musical and Best Set Design and won Best New Musical at the Whatsonstage Awards. The UK production of the musical recently completed a sell-out UK and Ireland tour and made its triumphant return to London’s West End at the Dominion Theatre on July 15, 2016.

Former Secret Service agent turned bodyguard Frank Farmer is hired to protect superstar Rachel Marron from an unknown stalker. Each expects to be in charge; what they don’t expect is to fall in love. A romantic thriller, The Bodyguard features a host of irresistible classics including “So Emotional,” “One Moment in Time,” “Saving All My Love,” “Run to You,” “I Have Nothing,” “I Wanna Dance with Somebody,” and one of the biggest selling songs of all time – “I Will Always Love You.”
Rounding out the principal cast are Alex Corrado (Gotham, Hannibal) as Tony Scibelli, Rachel’s personal security guard, Charles Gray (Broadway: The Color Purple, Grease, Tour: The Lion King) as manager Bill Devaney, Jonathan Hadley (Broadway: Jersey Boys, A Class Act) as publicist Sy Spector, Jorge Paniagua (Regional: The Full Monty, Oregon Shakespeare Festival) as the Stalker, Jasmin Richardson (Tour: Memphis, Dreamgirls) as Rachel’s sister Nicki Marron, and Douglas Baldeo (Broadway: Kinky Boots, Tour: Motown) and Kevelin B. Jones III (Idlewild Music Festival) alternating in the role of Rachel’s son Fletcher.
The ensemble includes Arielle Campbell, Brendon Chan, Willie Dee, Jarid Faubel, Megan Elyse Fulmer, Emily Jenda,  Alejandra Matos, Bradford Rahmlow, Benjamin Rivera, Sean Rozanski, Matthew Schmidt, Jaquez André Sims, Lauren Tanner, and Naomi C. Walley.
Set & costume design is by Tim Hatley, lighting design by Mark Henderson, sound design by Richard Brooker and video design by Duncan McLean. Hair, wig and makeup design by Campbell Young Associates. Choreography is by Karen Bruce, orchestrations by Chris Egan, musical supervision by Richard Beadle and production musical supervision by Mike Dixon.  Musical Director Matthew Smedal will conduct the live orchestra. The production stage manager is Melissa Chacón.
Deborah Cox (Rachel Marron) Grammy® Award-nominated and multi-platinum R&B/pop recording artist and film/TV actress Deborah Cox made her Broadway debut in the lead role in Elton John and Tim Rice’s musical, Aida.  She most recently starred on Broadway in 2013 as Lucy in Jekyll & Hyde, and starred as legendary Josephine Baker in Josephine at Asolo Repertory Theatre in the spring of 2016.  Cox began her recording career as a background singer with Celine Dion, before securing her first recording contract with Clive Davis at Arista Records. She has recorded six award-winning and critically-acclaimed albums, and has written and recorded on numerous celebrated soundtracks.  Her platinum selling debut album Deborah Cox earned her an American Music Award nomination. She won her first of 3 Juno Awards including a Female Vocalist of the Year nomination.  From her second CD One Wish, came the double platinum “Nobody’s Supposed To Be Here” which held the record for being the longest running #1 R&B Single for 14 consecutive weeks and earned her an NAACP Image Award nomination, a Soul Train Award, A Lady Of Soul Award, Best Female vocalist Juno nomination and a Billboard Music Award Nomination for R&B Single Of The Year. Cox has collaborated with such artists as Andrea Bocelli, David Foster, Josh Groban, The Isley Brothers, Cyndi Lauper, Sarah McLachlan and numerous others. The Canadian born star has an impressive list of #1 Billboard hit records, including twelve #1 songs on Billboard’s Hot Dance Club Play chart.  In 2000, Cox collaborated with Whitney Houston to record the duet “Same Script Different Cast” for Houston’s Greatest Hits CD.  Cox has been recognized for her longstanding commitment to various social issues in the LGBTQ community. In January 2015, she received the Out Music Pillar Award. In 2014, she received the California State Senate Award and in 2007, she received The Civil Rights Award from the New York Senate for her efforts in the fight for Human Rights and Equality.  She was recently honored by The Harvey Milk Foundation at the 2015 Diversity Honors for all of her efforts in the fight against HIV/AIDS in the LGBTQ community.  On June 12, 2016, she was given the Liberty Bell and Proclamation in Philadelphia by Mayor James Kenney to proclaim June 12 as LGBTQ Philadelphia Pride Parade and Festival Day.  www.deborahcox.com         @Deborah_Cox      www.facebook.com/DeborahCoxDRG
Judson Mills (Frank Farmer) is an American actor known for his performances as Texas Ranger Francis Gage in the American action drama television series Walker, Texas Ranger.  He joined the TV series in the second episode of Season 7 “In Harm’s Way” together with his female partner and good friend Sydney Cooke (Nia Peeples) to back up Walker and his team. From 1991 to 1993, Mills performed as Alexander “Hutch” Hutchinson on As the World Turns. He also appeared on The X-Files and Disney‘s Mighty Joe Young as supporting actor. Other credits include episodes on Saving Grace as Ham’s brother as a Marine.
Related ItemsAlexander DinelarisDeborah CoxJudson MillsNewPaper Mill PlayhouseThe Bodyguard
Music