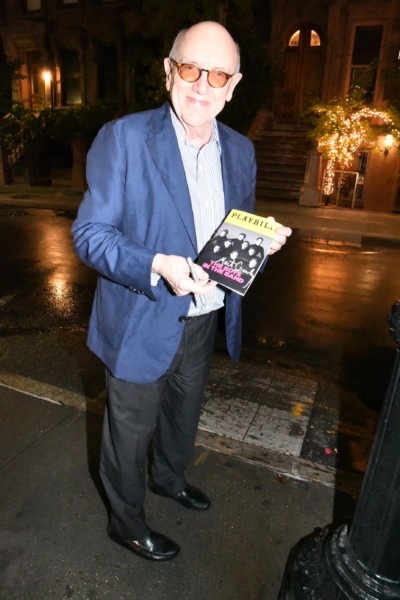 “I think there’s a Guinness Book of Records here because I can’t think of another play that was made into a movie twice that had the exact original actors from New York each time. I think it’s quite amazing.” ,” Mart Crowley last year.

The Boys in the Band was and is an integral part of gay history. Today it’s playwright has passed on.

Mart Crowley, was the Tony-winning playwright of The Boys in the Band. The Boys in the Band premiered off-Broadway on April 14, 1968 at Theater Four. It was scheduled for five performances but it so successful it played for 1,001 performances during the Stonewall Riots in 1969. In 1970, it was a movie featuring the off-Broadway cast. It was the first film to depict gay men as fully fleshed human’s. It was revived both in 1996 and 2010 off broadway. In 2011 it was made into a documentary, Making the Boys. The play also received two off-Broadway revivals in 1996 and 2010. In 2002, Crowley wrote The Men From the Boys, a sequel which took place during a memorial service; it premiered in San Francisco. In 2018, in time for its 50th anniversary, Then in The Boys in the Band received its first Broadway production, directed by Joe Mantello, featuring an all-gay cast. Matt Bomer, Jim Parsons, Zachary Quinto and Andrew Rannells starred. The show received two Tony nominations and won one: for Best Revival of a Play. The Boys in the Band film starring the Broadway cast is to be released this year.

Crowley was as an assistant to Natalie Wood while filming West Side Story. The two became close friends and she encouraged him to write The Boys in the Band, which he did over the course of five weeks while housesitting for actress Diana Lynn in Beverly Hills.

Crowley’s other plays include Remote Asylum, A Breeze From the Gulf, Avec Schmaltzand For Reasons That Remain Unclear, written in 1993 and was about sexual abuse in the Catholic church. He was the producer/cowriter of the ABC show Hart to Hart (1979-1984) and the co-author of the Eloise Takes a Bawth. In May he is featured in the HBO documentary Natalie Wood: What Remains Behind.

Crowley reportedly had a heart attack, and died while recovering from heart surgery.