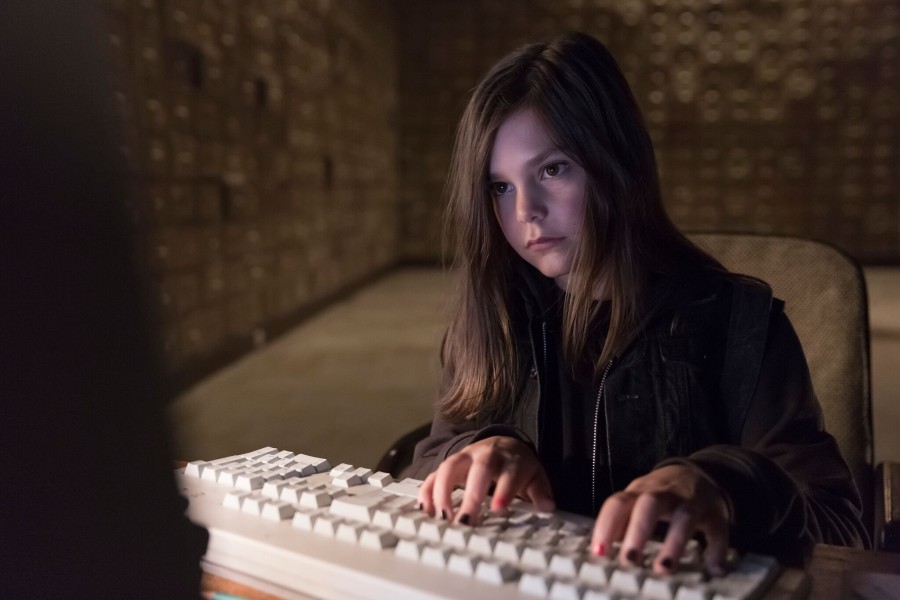 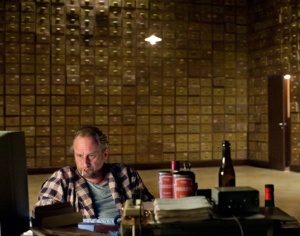 When headed to see The Brand New Testament, forget everything you have been taught or feel you instinctually know about God.  Writer/Director DJaco Van Dormael and Co-writer Thomaas Gunzig have ripped open the stereotype of a compassionate God. 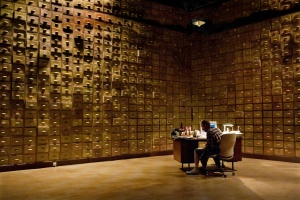 They tell us it is just as we have secretly feared- God (hilariously meted out by Benoit Poelvoorde) is a degenerate bastard that enjoys the chaos and calamity of human tragedy as an escape from his mundane life.  A life where he is actually an abusive husband, father and alcoholic miser trapped in a dark, depressing apartment in Brussels. His only escape is his computer that controls humanity, which is housed in a locked, imposing room. 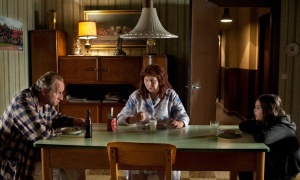 A 6” statue of his son JC (Jesus Christ, perfectly played by David Murgia) secretly comes to life now and then to reveal himself and encourage his unknown little sister Ea (sweet Pili Groyne), who longs for escape from her prison-like home life. 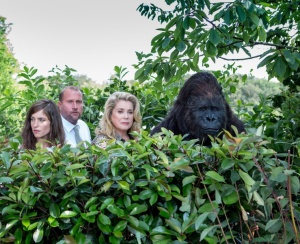 Her mother (committed Yolande Moreau) is emotionally shut down from abuse- living in her own fearful world of crochet and a beloved baseball card collection.  After witnessing yet another abusive incident with God, JC shares the secret to a portal he has used in the past with his desperate sister: the home’s front-loading dryer that opens ala Alice to a laundromat in the human world. 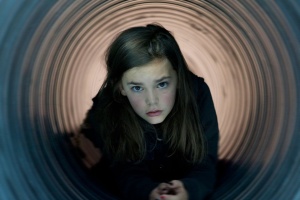 Ea and JC decide to rescue humanity from her father with the writing of a brand new testament of the Bible authored by six new disciples. Ea waits until her father drinks enough to pass out on the couch, steals his office keys and logs onto his computer, releasing the dates of every human’s death to them via text message.

Chaos ensues as humans confront the reality of their limited time left on earth and radically alter their behavior to maximize or try to avoid their fate.  Music Box Films tackles answering the daunting question of “What you would do if you knew you only had hours, minutes to live?” in a hilarious, sardonic manner.  Ea finds and befriends her six new disciples, including a young boy who gathers the strength to embrace his feminine identity and finally wear a dress to school and Martine (diva Catherine Deneuve), who dumps her husband to sidle up to a gorilla.

God’s chase through the laundry portal to find Ea and get her to reset the computer is a pleasurable jaunt through karma as God gets his assed kicked for once by the very people he has created in his image.  The audience delights in the rebirth of God’s wife once she realizes he has left and cheers Ea on her impassioned mission.

Filmed in French with English subtitles, The Brand New Testament was a 2015 Golden Globes “Best Foreign Language Film” Nominee.  With a 113 minute running time, this film is a must-see!