The Broadway Blessing Blessed Not Just Broadway But Everyone Who Attended 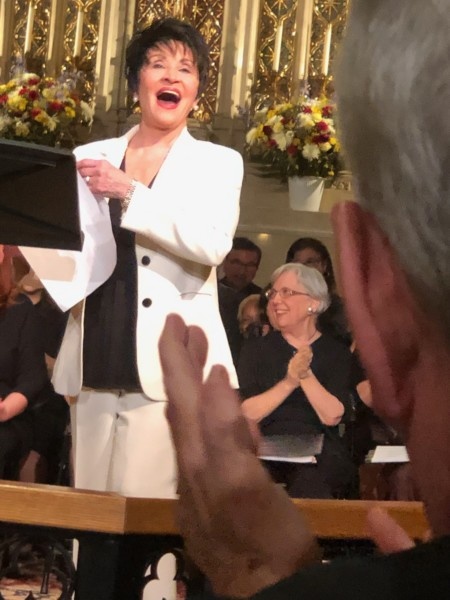 The Broadway Blessing Blessed Not Just Broadway But Everyone Who Attended

Founded by Retta Blaney and started in 1997, this year producer Pat Addiss and Kathryn Fisher took over the helm.

Sebastian Arcelus was on hand to support his wife Stephanie J. Block

Chita Rivera gave a special tribute to Hal Prince the Prince of Broadway.

To celebrate the upcoming revival of West Side Story, Phantom of the Opera‘s Katherine Heaton sang “Somewhere.”

Conor Ryan reprised “Good To Be Alive” from Desperate Measures.

Alex Fraser, tapped his heart out to “Gary Indiana” from The Music Man.

From the hit The Lion King, Scar (Stephen Carlile) and from VH1 Liseli Lugo sang “The Circle of Life” with the Broadway Blessing Choir.

From the hit Off Broadway revival of Fiddler on the Roof in Yiddish, “Sabbath Prayer” was sung by Adam Shapiro.

The evening will culminate with a moving candle-lighting ceremony led by clergy from various churches and Rabbi Jill from the Actors’ Temple.