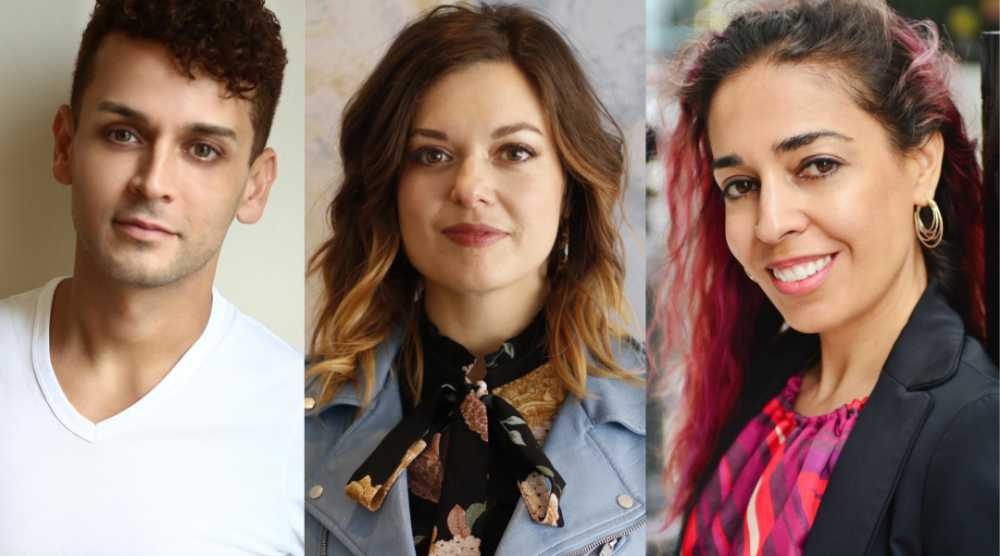 Margo Seibert’s official music video of ‘Influence’ by Margo/ASH – off their EP just dropped. To purchase the songs click here. All Proceeds after cost are being donated to The Actor’s Fund and The Loveland Foundation.

Margo Seibert (Rocky, Octet, In Transit) has proven to be a uniquely captivating performer, writer, and activist. She originated “Jane” in Broadway’s In Transit, co-starred in Dave Malloy’s Octet at Signature and starred in Unknown Soldier at Playwrights Horizons. She is best known for her performance as “Adrian” in the Broadway musical Rocky. Her album 77th Street was released in 2018 on Yellow Sound Label.
MargoSeibert.com

Rona Siddiqui (Salaam Medina: Tales of a Halfghan, One Good Day, The Tin)
is the recipient of the Jonathan Larson Grant, the Ziegfeld Award, and was named one of Broadway Women’s Fund’s Women to Watch. She has performed concerts at The John F. Kennedy Center for the Performing Arts and Feinstein’s/54 Below. She also received an Obie Award as music director of the Pulitzer Prize-winning show A Strange Loop along with the cast and creative team.
RonaSiddiqui.com

The Broadway Buskers concert series is curated and hosted by Ben Cameron, and co-curated by Musical Theatre Factory.

Suzanna BowlingApril 10, 2021
Read More
Scroll for more
Tap
Angels in America: The Book, The HBO series, and Isolation, Cracked Wide Open
What To Watch September 15th To Take Away The Blues