The Broadway Makers Marketplace is a new Holiday Pop Up 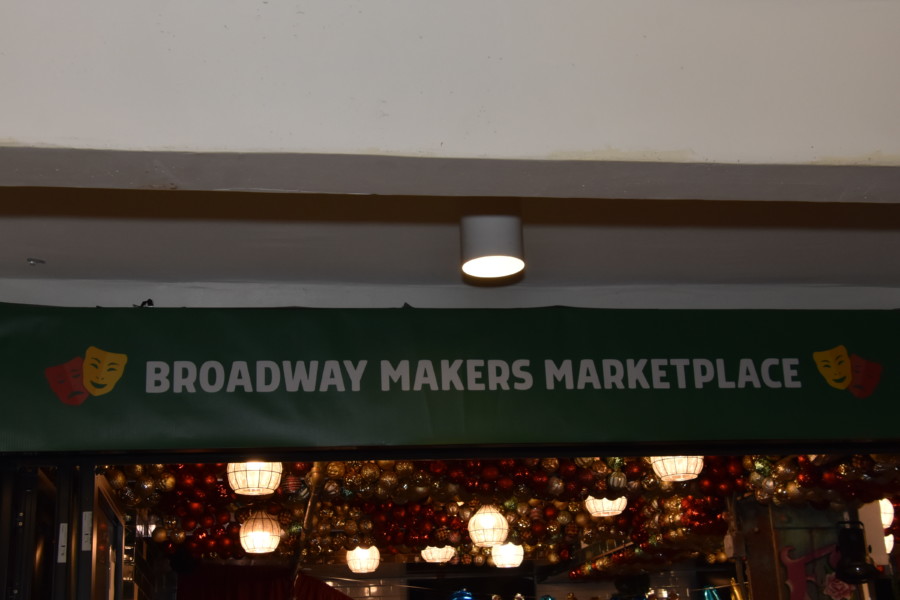 The Broadway Makers Marketplace is a new Holiday Pop Up

Thanks to a group of dedicated Broadway fans and members of the Broadway Community, fans had a new place to hang out and shop but you had to go underground.

The Broadway Makers Marketplace is a new Holiday Pop Up Shop offering every theatre goer an opportunity to shop, hang out, and experience something new. Located in the Turnstyle Underground Market at Columbus Circle, the Pop Up Shop is open from 12pm (noon) till 8pm daily.

As part of the shopping experience, Broadway Makers Marketplace will host a series of events that will take place throughout the holiday season as part of their Broadway Underground Series. Each week fans both in store and across the country can tune in to Broadway Underground’s weekly events like Musical Mondays with James Kennedyand Chryssie Whitehead starting at 4pm, Wednesdays are Coloring Broadway beginning at 3pm and Fan Day Friday for trivia, giveaways and discounts starting with “Sip, Sing & Shop”.