The Broadway World Mourns The Passing of John McMartin

The Broadway World Mourns The Passing of John McMartin 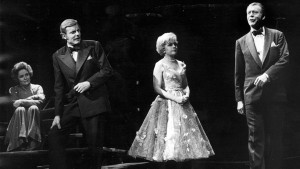 John McMartin, was an original cast member of Stephan Sondheim’s Follies. At the age of 86 Cancer took McMartin’s life.
He made his off-Broadway debut in Little Mary Sunshine  in 1959, opposite Eileen Brennan and won a theatre World Award for his role as Corporal Billy Jester. He married one of the show’s producers, Cynthia Baer, in 1960; they divorced in 1971. He has two daughters by this marriage, Kathleen and Susan. 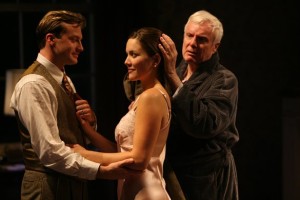 The actor made his Broadway debut as Forrest Noble in The Conquering Hero in 1961, followed by Blood, Sweat and Stanley Poole that same year. He created the role of Oscar in Sweet Charity in 1966, opposite Gwen Verdon, garnering a Tony nomination, and repeated the role in the 1969 film opposite Shirley MacLaine. 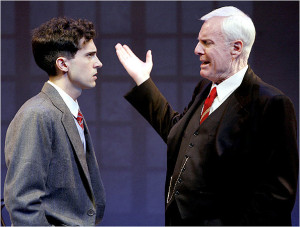 He later starred in the original Broadway production of Sondheim’s Follies in 1971 as Benjamin Stone. His association with Sondheim continued, appearing in A Little Night Music as Frederick at the Ahmanson Theatre, Los Angeles, in 1991, and the Broadway revival of Into The Woods in 2002, in the dual role of the Narrator/Mysterious Man and was again Tony nominated. He was nominated for a Tony in 1995 for Show Boat and  in 1998  for High Society, which also earned McMartin another Drama Desk nod. His latest role was Anton Schell opposite Chita Rivera in Kander and Ebb’s musical The Visit in Chicago. 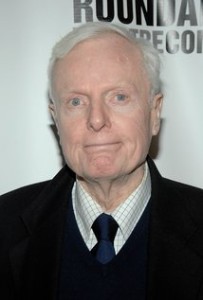 McMartin was a leading member of the New Phoenix Repertory Company during their three Broadway seasons in the early 1970s, appearing onstage in, Eugene O’Neil’s The Great God Brown opposite Katerine Helmond and Moliere’s Don Juan. He won the Drama Desk Award for both shows.
He created the roles of J.V. ‘Major’ Bouvier and Norman Vincent Peale in Grey Gardens, opposite Mary Louise Wilson and Christine Ebersole. He played Thomas Jefferson in the original cast of John Guare’s A Free Man of Color at Lincoln Center.
In 2009 he was inducted into the American Theatre Hall of Fame
On television, he appeared in the first two seasons of Beauty and The Beast (1987) as Charles Chandler. He had a recurring role on Murder She Wrote and played Shirley Jones love interest in the Partridge Family. McMartin appeared on The Golden Girls, Cheers and Frasier and was on several movies of the week in the 70’s. 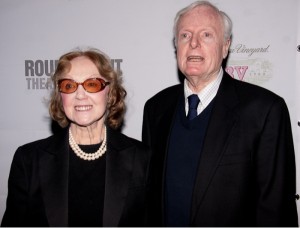