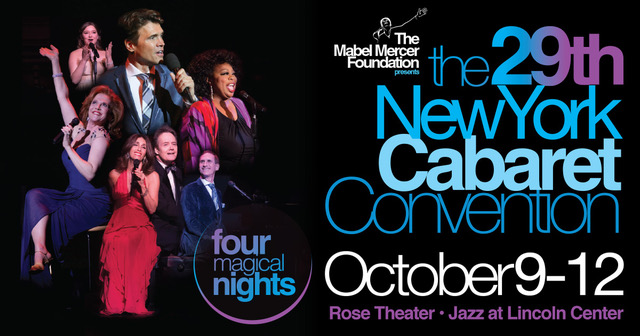 The Cabaret Convention Announces Their Line-Up

The Cabaret Convention Announces Their Line-Up 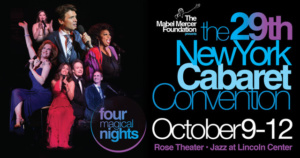 For three decades, the unofficial launch of “autumn in New York” has been marked by the annual Cabaret Convention of The Mabel Mercer Foundation. This year, their four individual concerts will be presented at 6 p.m. at the Rose Theater, Jazz at Lincoln Center, beginning Tuesday, October 9th and running through Friday, October 12th.  More than seventy diverse vocalists — ranging in age from seventeen to ninety — are scheduled to entertain; thirteen of these will make their New York Cabaret Convention debuts during the 2018 performances.

Here is the 2018 Cabaret Convention schedule. All artists are subject to availability; an asterisk indicates a New York CabCon newcomer:

all shows are at Jazz at Lincoln Center’s Frederick P. Rose Hall, located at Broadway and 60th Street, and presale advance tickets are now available ONLY through The Mabel Mercer Foundation at www.mabelmercer.org

Stephen SorokoffApril 11, 2021
Read More
Scroll for more
Tap
The Drama League Offers Applications to the Public for the 2019 Director Residency Programs
My View: Opening Night at the BIRDLAND THEATER – Music is in Good Hands Upstairs & Downstairs