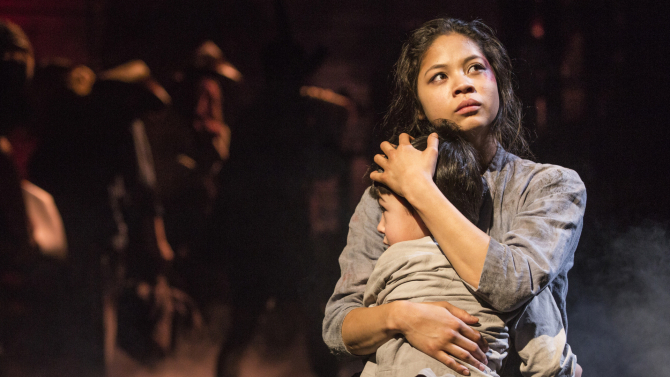 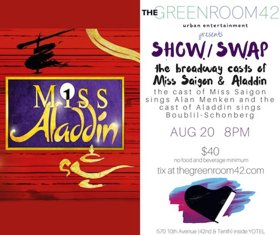 SHOW/SWAP is a benefit and all proceeds will go towards the medical expenses for Jonathan Wotell, husband of Adam Kaokept (original cast of Aladdin; currently in Miss Saigon) who was paralyzed in a hit-and-run incident. For more information on how you can help, go to https://www.youcaring.com/adamkaokept-875127

SHOW/SWAP will be performed at The Green Room 42 at Yotel (570 Tenth Avenue at 42nd Street, Fourth Floor) for one shows only on Sunday, August 20 at 8:00 PM. The show has a $40 cover with no minimum. VIP tickets, including preferred seating and and a signed poster, are $75. Tickets and information are at OvationTix.

The Green Room 42 is an immersive 120-seat state-of-the-artentertainment venue in the heart of the Theater District that allows audiences to see their favorite performers up close and personal in a modern, urban environment. The intimate room is outfitted with an elevated 21 foot stage, Yamaha Grand Piano and high-tech sound system.  Leather banquettes lining the walls and tables in the center draw the audience to the edge of the stage.  The banquettes are tagged with graffiti art by Chef Gabriel Israel (an accomplished graffiti and tattoo artist as well as chef) Tickets for performances are a wallet friendly $35-$45 and there are no food or beverage minimums or prix-fixes.