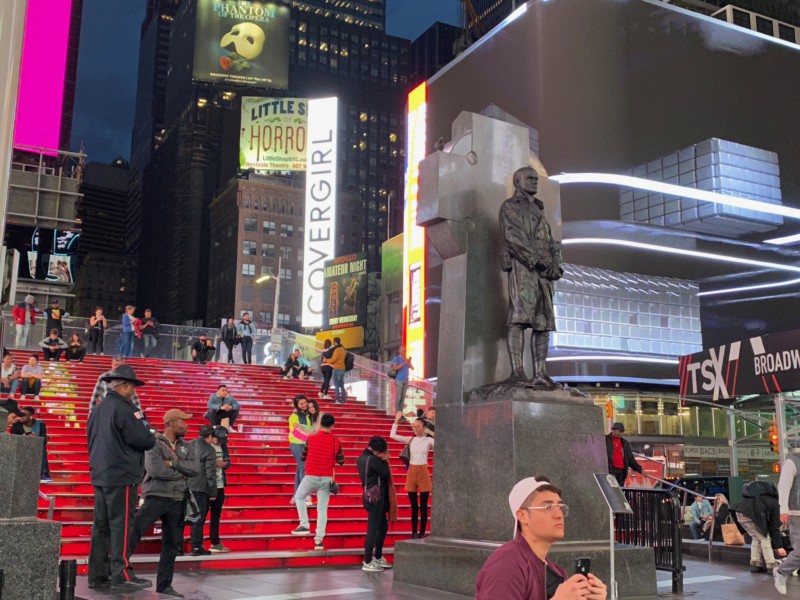 Having self quarantined since last Sunday, I decided I needed to see the change in Times Square for myself. The isolation and emptiness is overwhelming. It was 7:30 on a Saturday night and the streets for the most part were empty. The biggest gathering was at the TKTS steps. They say the neon lights are bright on Broadway and even minus the crowds they are.

Suzanna BowlingApril 10, 2021
Read More
Scroll for more
Tap
Reckless Drivers In NYC Could Lose Their Cars: How Vision Zero Is Paving The Way For Safer Roads
Good News For Small Business and More