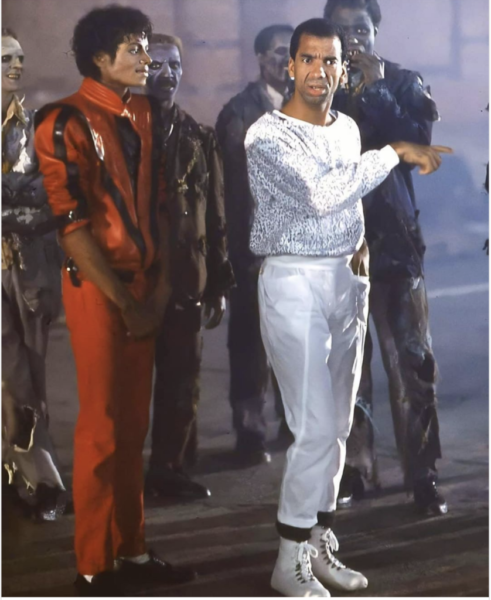 Michael Jackson and Michael Peters in “Beat It”

What makes Michael Jackson so great is his dancing and there were several men who contributed. Here are the ones we found.

Michael Peters, who died August 29, 1994, was an African American choreographer and director who is best known for his innovative choreography in music videos. Peters appeared in many Broadway shows as a featured dancer. These shows include The Wiz, Raisin, Purlie, Billie, and Me and Bessie.  He choreographed Michael Jackson’s “Thriller” and “Beat It” videos.

Vincent Patterson was an assistant choreographer for Michael Peters and worked on “Smooth Criminal.” 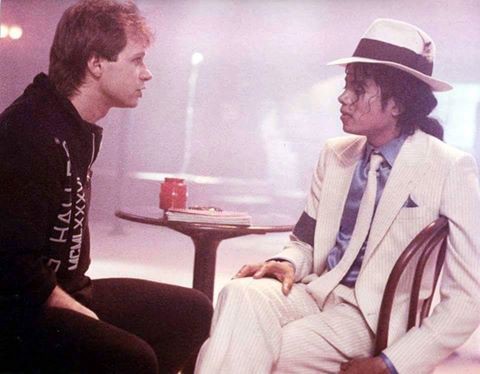 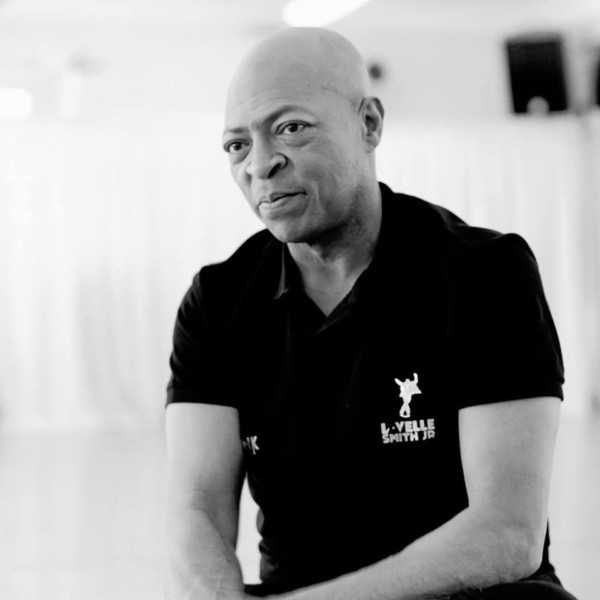 Choreographer Jeffrey Daniel, was a dancer/ singer and a member of the R&B group Shalamar worked with Michael Jackson on his videos for “Bad” and “Smooth Criminal.” He claims that the famous “moonwalk” evolved from the “backslide,” a signature move of The Electric Boogaloos. Michael first met Daniel’s at Disneyland. Daniel’s has stated Jackson didn’t get the moonwalk right way. “No one does, it’s like the matrix, everybody falls the first jump,” Daniel says. “But it’s something that you work on and master. Because you have to feel where your body is, you have to feel how you’re pushing off, you have to feel how you’re floating back. Everyone’s body is different. No one can teach you how your body weight should be distributed — you have to work that out on your own. Jackson’s way of hopping on his tiptoes and seemingly hanging in space was “mind blowing.” Jackson pulled different things from different people, from Sammy Davis, Jr., a bit of Elvis, a bit of James Brown, Bob Fosse, Fred Astaire, what’s happening on the streets. He’s a combination of all of those things and he mixes them all up.” In May 2009, Travis Payne started to work with Michael Jackson and Kenny Ortega on This Is It which was a sold-out series of fifty concerts by Jackson to be held at The O2 Arena in London. These were Jackson’s first significant concert events since the HIStory World Tour in 1997 and had been cited as one of the year’s most important musical events, with over one million people attending in total. Unfortunately, the concert series was canceled due to Jackson’s untimely death. On July 7, 2009, Payne helped choreograph the Michael Jackson memorial service at the Staples Center in Los Angeles which was broadcast live around the world, from the U.S. to Slovakia to parts of Asia, with an estimated one billion viewers. Following the months after Jackson’s passing, Payne worked very closely with Ortega to piece together rehearsal footage from Michael Jackson’s This Is It which was put together from rough footage recorded at the Los Angeles Forum and the Staples Center. This Is It worldwide gross revenue totalled $261.3 million during its theatrical run making it the highest grossing documentary or concert movie of all time. 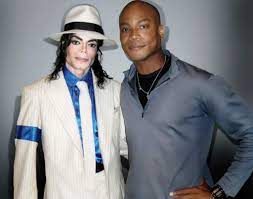 Payne, He has been honored with the MTV Video Music Award for Best Choreography for his work with Michael Jackson and Janet Jackson on the music video /short-film “Scream” which was listed in the Guinness Book of World Records as the most expensive music video ever made. He also received three American Choreography Awards, including honors for his work on “Scream” and Michael Jackson’s Ghosts. Payne was nominated for an Emmy Award for his choreography work with Michael Jackson on the “Dangerous” performance for the 1995 MTV Video Music Awards opening segment.