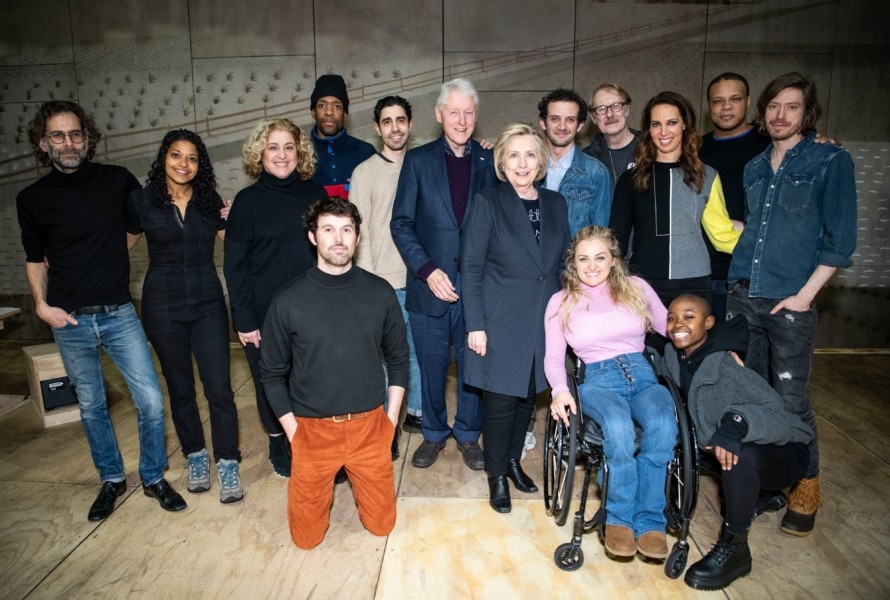 The Clinton’s attended a box social yesterday. Braving the weather, Bill and Hillary Clinton ended their holiday visit with a Broadway matinee at the Tony Award winning musical revival of Rodgers & Hammerstein’s Oklahoma! at the Circle in the Square. They received an extra- long standing ovation with cheers when they entered the theater.

At the end of the show, co-star Mary Testa gave a  touching speech honoring World AIDS Day and dedicating the performance to all the Broadway talent that has been lost to the disease. When she finished she acknowledged the Clinton’s and their Foundation in all the amazing work they do around the world for AIDS research and treatment and audience members noticed the former President wiping a tear from his eyes.

Since the lights are up in the theater for the show, it was also noted that Bill mouthed the words to the classic song “People Will Say We’re In Love” and after told the cast it is ne of his favorite songs.

Before taking photos with the cast, band and crew, they took a moment  to meet and chat with Ali who is featured in Hillary and Chelsea Clinton’s new book ‘The Book of Gutsy Women”.