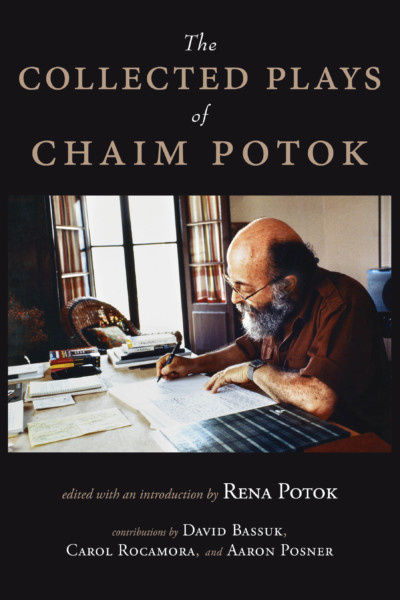 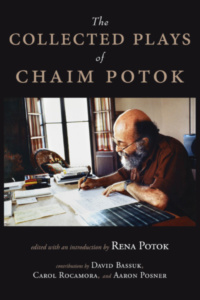 A celebration of the first-ever published collection of plays by Chaim Potok with his daughter Rena Potok. On Friday October 5th 5 –7pm  The Drama Book Shop @ 250 West 40 Street, bet. 7th & 8th Aves, Rena will talk about her father, his plays, and his legacy.

The event will feature scene readings from the plays by actors from Temple University School of Theater, Film and Media Arts.

Chaim Potok was a beloved, best-selling author of novels, histories, biographies, young adult fiction, children’s books and plays. His novel The Chosen sold over 3.4 million copies worldwide and was featured for ten weeks on the New York Times bestseller list.

The Collected Plays of Chaim Potok is the first-ever collection of his plays. Rena Potok, a professor of literature and writing, wrote the introduction which presents the history of the plays and discusses their central themes. Potok’s plays feature characters struggling with the collision of the culture in where they were raised and the culture they come to inhabit – the world of psychoanalytic theory, modern art, Russian literature, and Japanese culture.

Rena Potok is a professor of literature and writing, and a novelist in her own right. She has published poetry, literary translations, and academic essays. She is the editor of Hills of Spices: Poetry from the Bible and the 50th anniversary critical edition of The Chosen by Chaim Potok.  She teaches literature and writing at Villanova University