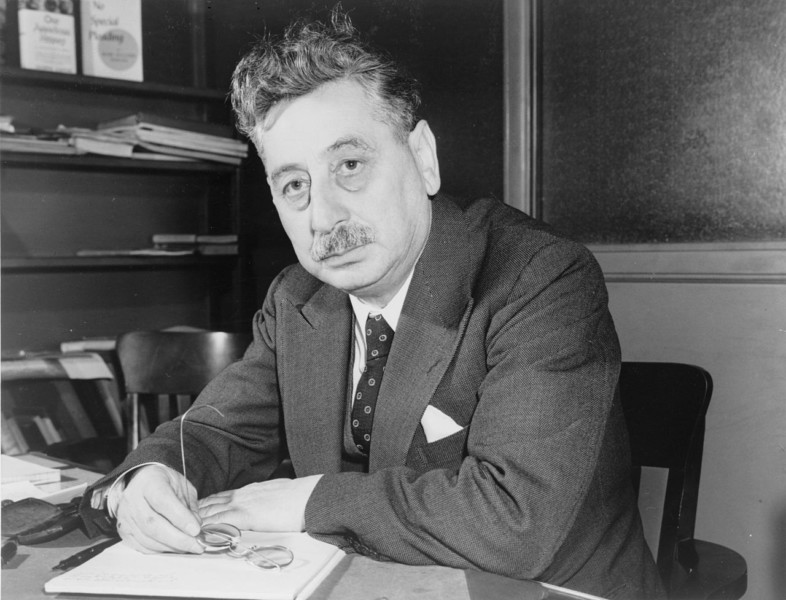 Tomorrow, Ash Wednesday, the Congress for Jewish Culture will host a special celebration of writer Sholem Asch, with an online event titled Asch Wednesday. Sholem Asch is best known for his play God of Vengeance, which he wrote in 1906 and was published in English-language translation in 1918. Set in a brothel, the play includes Jewish prostitutes and a lesbian scene. In 1922, it was staged in New York City at the Provincetown Playhouse, and moved to Broadway’s Apollo Theatre on February 19, 1923, with a cast that included the acclaimed Jewish immigrant actor Rudolph Schildkraut.

Its run was cut short on March 6th, when the entire cast, producer Harry Weinberger, and one of the owners of the theater were indicted for violating the state’s Penal Code and later convicted on charges of obscenity. Weinberger, who was also a prominent attorney, represented the group at the trial. The chief witness against the play was Rabbi Joseph Silberman, who declared in an interview with The Forward: “This play libels the Jewish religion. Even the greatest anti-Semite could not have written such a thing”. After a protracted battle, the conviction was successfully appealed. In Europe, God of Vengeance was popular enough to be translated into German, Russian, Polish, Hebrew, Italian, Czech, Romanian, and Norwegian.

Tomorrow’s event is an annual celebration of Sholem Asch – his life, works, and the many ways they continue to be rediscovered and reinterpreted. For two years, the Congress for Jewish Culture has met to share all the Sholem Asch news that’s fit to print, and some that isn’t, at a small venue on the Upper West Side. This year, Asch Wednesday will stream live, hosted by Yiddish actor/director/translator Caraid O’Brien, CJC Director and 2020 Adrienne Cooper Dreaming in Yiddish awardee Shane Baker, and Asch’s great grandson, David Mazower.

Asch Wednesday will feature theater, music, films, song, sketches, God of Vengeance updates, Asch family stories and photographs, big names, bigger names, and a Sholem Asch quiz. They’ll hear from guests in Israel, Poland, Argentina, Canada, and the US, and an exclusive performance from the Cameri Theater’s extraordinary adaptation of God of Vengeance. Viewers will find out how Asch was humiliated at his grandson’s bar mitzvah, and there will be a re-enactment of the wicked parody of Asch’s most famous love scene penned by one of his rivals (clue: they’re no longer lesbians). And, in case anybody’s wondering, you don’t have to be Jewish (or know Yiddish or like Sholem Asch) to love Asch Wednesday.  This tremendously special live event can be viewed on Facebook tomorrow (Wednesday) at 2:30 pm at facebook.com/Kultur.kongres.