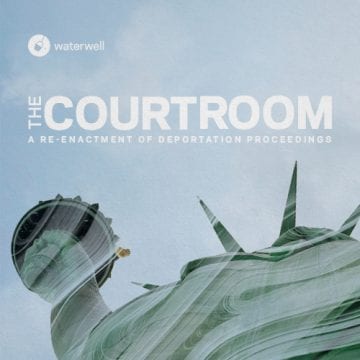 Waterwell announced the return of The Courtroom, a re-enactment of deportation proceedings, with text arranged from real court transcripts by Waterwell co-founder and Tony Award® nominee Arian Moayed, and featuring direction by Waterwell Artistic Director and Obie Award® winner Lee Sunday Evans. The production, which had a sold-out run earlier this year, will play a series of special, one-night engagements in civic venues around New York City.

Due to popular demand, Waterwell is producing one performance each month throughout the season, to give more audiences a chance to experience this intimate encounter with our nation’s immigration court system. The first performance will take place at Judson Memorial Church (55 Washington Square South) on Thursday, October 24 at 7:00pm.

The Courtroom will then perform on Thursday, November 21 at 7:00pm at the Center at West Park in the Historic West Park Presbyterian Church (165 W. 86th Street). Tickets are $25 and available now at waterwell.org.

The Courtroom is a re-enactment of deportation proceedings. In 2004, an immigrant from the Philippines who was married to a U.S. Citizen came to this country on a K3 Visa. After inadvertently registering to vote at the DMV in Bloomington, IL, receiving a voter registration card in the mail, and voting, her removal proceeding was set in motion. It began in Immigration Court and her case was eventually heard by the U.S. Court of Appeals for the 7th Circuit. The Courtroom is performed entirely verbatim from the court transcripts.

The upcoming performances of The Courtroom are supported by show sponsors Ruth and Stephen Hendel for October 24 and Kathleen Clark and Richard Frankel for November 21. 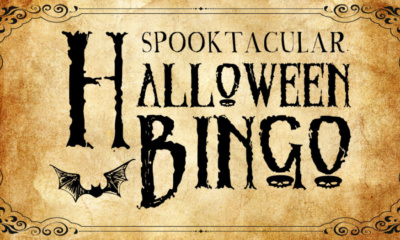 Spooktacular BINGO with Peachez to benefit the work of helpNYC