The Daughter-in-Law or How To Win Over a Husband 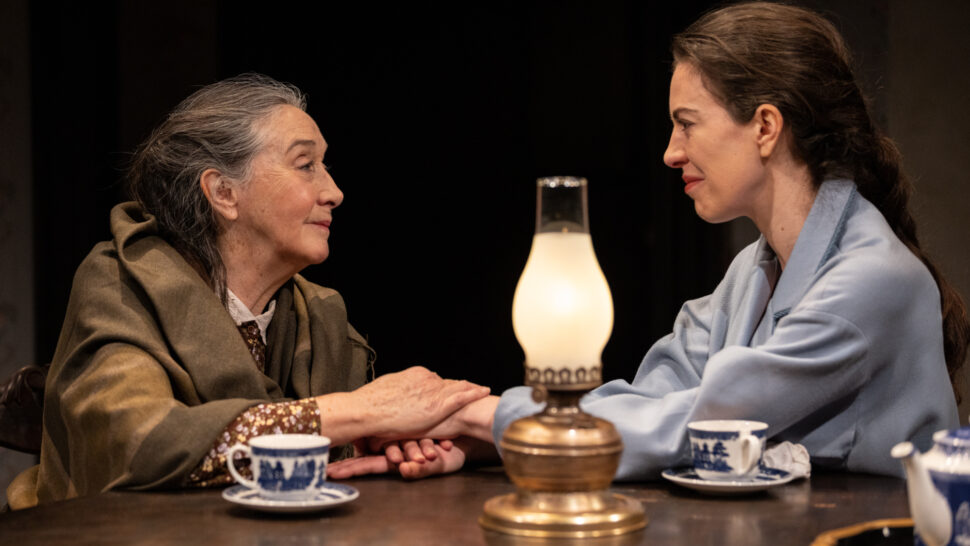 The Daughter-in-Law or How To Win Over a Husband

The Daughter-in-Law by D.H. Lawerence is being a marvelously revived by the Mint Theater Company at City Center for a second time. Originally seen in 1967, The Daughter-in-Law, feels a little like a cross between Sons and Lovers and the Taming of The Shrew, Irish style, only here Petruchio is Minnie (a wonderful Amy Blackman, who is reminiscent of Anne Hathaway). She loves and is married to the miserable Luther (Tom Coiner). Now why Minnie loves Luther is hard to understand. Taking place during England’s Coal Strike of 1912. Minnie’s real protagonist is Luther’s mother Mrs. Gascoyne (a solid performance by Sandra Shipley). She has spoiled her two boys and neither it turns out, is or will ever be ready for marriage or love anyone but her. Her other son Joe (Ciaran Bowling) is more aware, but that is not saying much. Both men work in the mines, but Joe has broken his arm fooling around and Luther has gotten another women pregnant, even though he has only been married for seven weeks. Her mother Mrs. Purdy (Polly McKie), has come to get 40 pounds from Luther who is proud the child is his. He neither has the money or cares as to how this will effect his wife.

In the meantime Minnie who is a former governess, is seen as high and mighty for having good taste and a nest egg that exceeds her husband’s annual salary. Minnie fights for her love and to Luther’s mind that is unloving, however it is Minnie who not only understands love, but is the most loving of all.

The scene between Minnie and Mrs. Gascoyne, says it all and is the best part of the play.

This play may not be for you, if you are sensitive on issues of class inequity, women’s rights in the home and in life  and the bond between mother’s and son’s as they all play a massive role.

Directed by Martin Platt, the East Midlands accent is thick and takes awhile to sync your ear to, but it is well done. Though the play is long, it is worth the  2 1/2 hours.