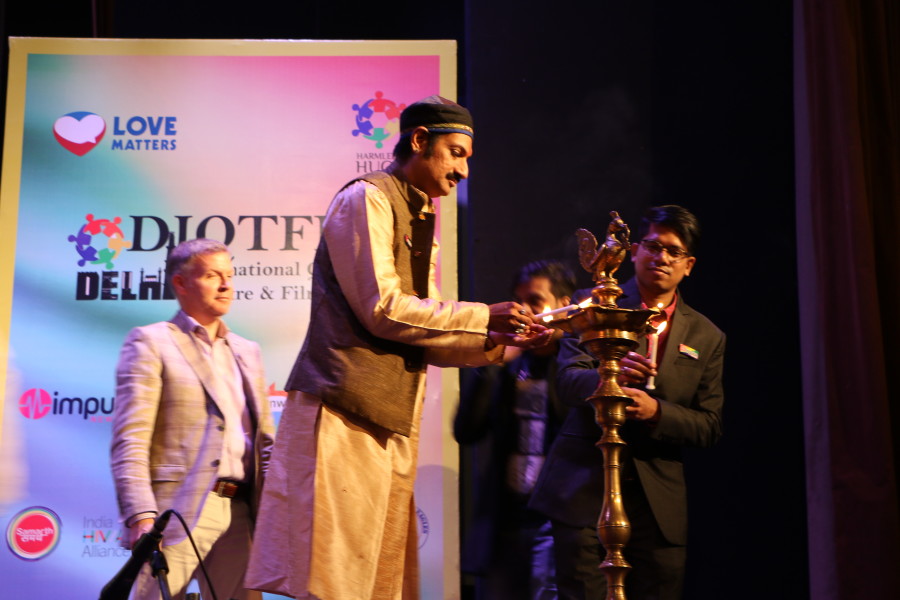 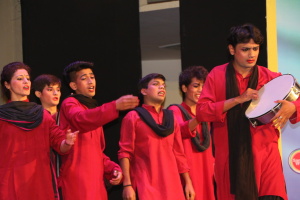 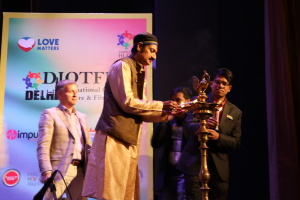 The event started with the power packed production Pechan by Asmita Theater Group and was followed by a number of short movies. The event continued with the play by a German couple – I step on Air and then ‘Hum to Bolenge’ by Sangwari.

Renowned artist Piyush Mishra arrived at the venue and launched a collection of short stories. Other prominent personalities including Arvind Gaur, Shilpi Marwah from Asmita and leaders and representatives of other partners like Impulse New Delhi, India HIV/AIDS Alliance, Youth LEAD India, Ketto, The Education Tree and more.

Piyush Mishra took the stage and enthralled the audience. “I see no difference in the homosexual and heterosexual community. They have given me same respect, same love and affection that I get anywhere else I go. If there is something unnatural, the nature won’t let it exist. It’s the conflict of the nature and society which we now observe where society is calling nature unnatural which is ironic.”

The event was concluded with another powerful play Lihaaf by Asmita Theater Group.

Day two kickstarted with a lineup of wonderful movies including Boy Meets Boy, Amorfo, My Child is Gay and several others. Towards the evening – the play Libaas by Saitan Theater Group enthralled the audience.

The highlight of the day remained the closing play – Ehsaas by Asmita Theater Group. This play was staged for the first time ever and was a monologue by the led artists of the group ‘Shilpi Marwah’

The play revolved around life of lesbian women in India which is a subject least talked about. The play depicted life of a woman and the pressure, violence, discrimination and measures of corrective rape adopted by family and relatives. It touched many aspects of the life of a lesbian woman in India and treaded through sensitive issues that they face.

The event witnessed a footfall of more than 700 people from the LGBTQ community and outside as well. People were also benefitted heavily from the free HIV testing camp by Impulse New Delhi and more than 100 people got tested in two days.