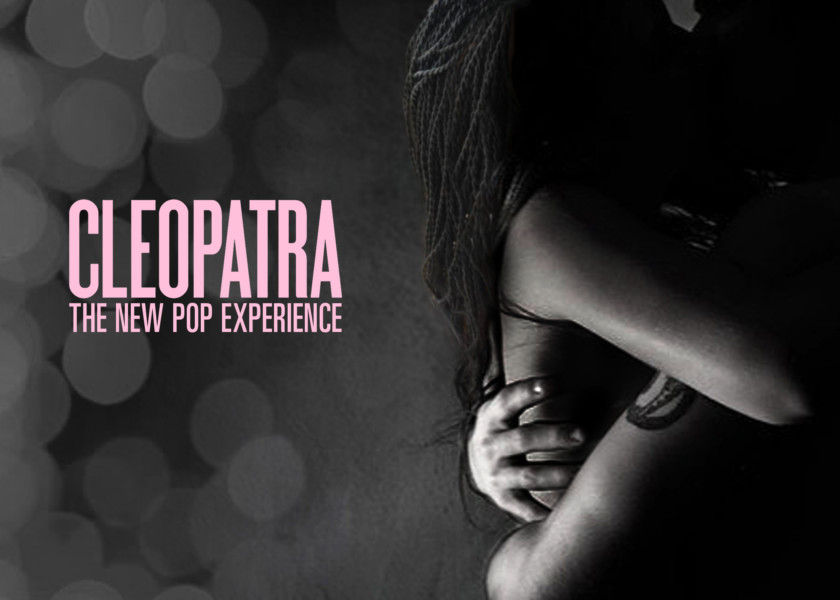 The Donkey Show is Back Only This Time It’s Called Cleopatra: The New Pop Experience

The Donkey Show is Back Only This Time It’s Called Cleopatra: The New Pop Experience

Get ready for sweaty gyrations, the 70’s disco craze and and all out party when you enter Theater for the New City and Nathaniel Hill’s Cleopatra: The New Pop Experience. This energetic immersive pop experience fuses the worlds of Electronic Dance Music and Musical Theater. As the press release states with the charisma of Beyoncé, the influence of Oprah, and the wealth of Melinda: there was one woman who had it all before them: Cleopatra (Talia Thiesfield: “Veep”, “Limitless”, “Manhattan Love Story”). 31 B.C.E. finds the legendary queen, and the most powerful woman the world had ever seen, celebrating Egypt’s latest triumph over the Roman Republic with an extravagant celebration thrown in honor of her lover Marc Antony (Sydney James Harcourt: Hamilton, American Idiot, Bells are Ringing) as Marc Antony. But outside the city walls, the nefarious Roman general Octavian (Dan Deluca: Newsies 1st Nat’l Tour) lurks, and enemies plot her dynasty’s end just as the disco hits its crescendo. Who leads us through this night to end all nights is he Master of Ceremonies (Morgan Reynolds: We’ll Take Manhattan, Wizard of Oz Nat’l Tour). Set to an original high-octane pop and EDM score spun by a live DJ, this exhilarating immersive musical traces history’s most mysterious ruler and mixes historical drama with an enveloping spectacle that will leave Cleopatra’s guests guessing and grooving all night long. When her handmaiden Iris (Chelsea Zeno: Priscilla Queen of the Desert 1st Nat’l Tour) betrays her, the night has to end.

Ms. Thiesfield has charisma and a voice but is awkward, but she does command. Sydney James Harcourt is like milk chocolate candy. My guest wanted to paw him, just for being that good looking, so it is understanding why Cleo has the hots for him. Mr. Reynolds gives a high octane performance and Ms. Zeno has some nice moments, but it is Mr Deluca who has the right stuff to make us say……more!

Jeff Daye (Mad Libs Live!, The Bad Years,) and Laura Kleinbaum (Nickelodeon’s “Bubble Guppies”, “Butterbean’s Café”) book with additional music and lyrics by Drew Fornarola (STRAIGHT, Claudio Quest, Molly Shannon’s Tilly the Trickster), is entertaining enough if not a little generic but it is a lark.

Jenny Leon’ (1776 at Feinstein’s/54 Below; You, Me & That Guy) direction and choreographed by JT Horenstein (“Dancing with the Stars”, “America’s Got Talent”, “The Sing Off”, “America’s Best Dance Crew”) have stage the show as if it were a bacchanal and it feels like the heyday of Studio 54, where the experience is meant to mimic real clubgoing. Once inside, a bar or dance music is pumped to the hilt. Slowly the cast members, who have been mingling with the audience (the men wear little more than spandex briefs), evolve into characters, and we’re gradually drawn into the whirlwind of Egypt.

Cleopatra: The New Pop Experience will run for 12 performances beginning Thursday, September 21 at Theater for the New City’s Johnson Theater. The performance schedule is Thurs-Sat at 8PM, Sunday September 24 & October 1 at 7PM, and Sunday October 8 at 3PM.