The Drama Desk Award Gets a Makeover at 65 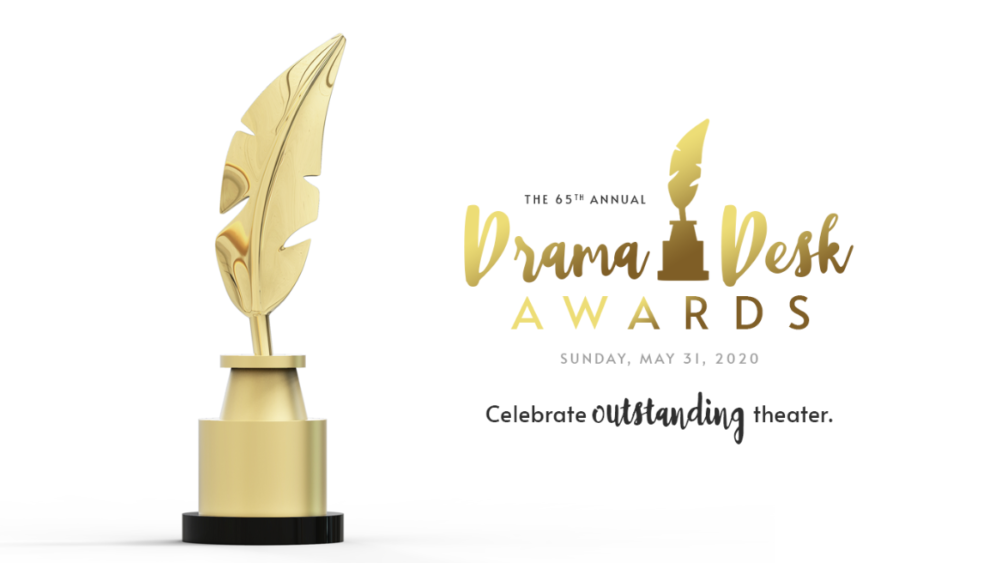 The Drama Desk Award Gets a Makeover at 65

In celebration of its 65-year legacy, the Drama Desk Awards is debuting a stunning new statuette, to be formally presented for the first time at the annual ceremony on Sunday, May 31, 2020, at The Town Hall in Manhattan.

The custom-designed award brings distinctive new life to the iconic Drama Desk quill image, which represents the theater writers, critics and journalists who make up the Drama Desk organization and vote on the awards each year. The statuettes will stand 10-and-a-half inches tall, and feature the iconic quill image, with subtle comedy and tragedy drama masks cleverly cut into the sides, standing on an inkwell base. The statuette was designed in partnership with the team at Society Awards, who have also worked with the Golden Globes, Emmy Awards, ESPYS, American Music Awards, Billboard Music Awards, MTV Movie Awards, and many more of the entertainment world’s leading awards.

“Everyone we’ve shown it to immediately asks, ‘Can I have one?'” Britten added. “But of course, the only way to get one will be to win at the Drama Desk Awards!”

Drama Desk Awards attendees will witness the brand-new statuettes handed out to top theater-makers for the first time at the 65th annual ceremony on May 31. Tickets will be on sale soon. Visit the Drama Desk Awards website for more information: dramadeskawards.com

The custom-designed statuettes will stand 10-and-a-half inches tall, and feature the iconic quill image, with subtle comedy and tragedy drama masks cleverly cut into the sides, standing on an inkwell base.

The 65th Annual Drama Desk Awards will be held on May 31 at The Town Hall in New York City. Tickets will go on sale soon.

The Drama Desk Awards will be sponsored by The John Gore Organization, Jujamcyn Theaters, The Nederlander Organization, and The Shubert Organization. Be a part of something outstanding, and join our sponsors today by contactinginfo@dramadeskawards.com

Suzanna BowlingSeptember 19, 2022
Read More
Scroll for more
Tap
Once Upon A One More Time, A New Musical Set to the Hits of Britney Spears
Alice Birch’s Anatomy of a Suicide Says Little