The Drama Desk Awards Just Got Starry as George Salazar, Be More Chill and More Sign On 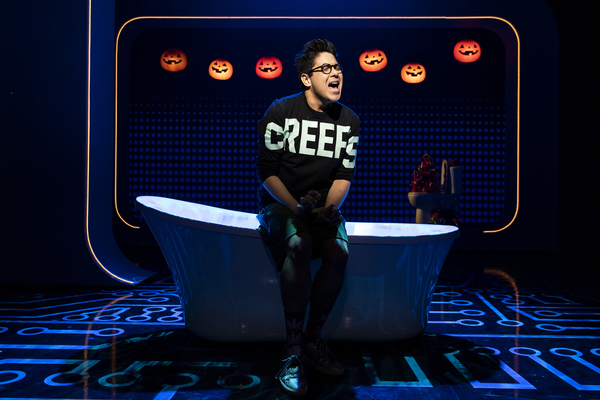 The Drama Desk Awards Just Got Starry as George Salazar, Be More Chill and More Sign On

Presenters and Performances at the 64th Annual Drama Desk Awards were announced today by Charles Wright and David Barbour, co-presidents of the Drama Desk, Matt Britten, executive producer of the Drama Desk Awards and CEO of Broadway Brands, and Joey Parnes, producer of the Drama Desk ceremony. There will be performances by Drama Desk nominee George Salazar (Be More Chill) accompanied by composer/lyricist and Drama Desk nominee Joe Iconis; Drama Desk nominees Stacey Sargeant and Andrew R. Butler (Rags Parkland), and Drama Desk and Tony® Award winner Lillias White, who will be singing during the In Memoriam. Presenters will include: Bertie Carvel, Billy Crudup, Joel Grey, Lesli Margherita, Lindsay Mendez, Jessie Mueller, Lynn Nottage, Phylicia Rashad, and Ethan Slater. More presenters will be announced shortly. The 64th Annual Drama Desk Awards, hosted by Michael Urie, will take place on Sunday, June 2, 2019, at 8:00 PM at The Town Hall in Manhattan. Matt Britten, Broadway Brands CEO, will serve as executive producer and Joey Parnes Productions will produce the ceremony, as it has since 2012. The show will be written by Bill Rosenfield (46 Beacon, True Fans, Sunshine and Shadow), returning for his seventh year; directed by Mark Waldrop (Not That Jewish, Howard Crabtree’s When Pigs Fly, Bea Arthur on Broadway: Just Between Friends), marking his fourth year; and music-directed by Dan Lipton (The Band’s Visit, The Last Ship), making his fifth appearance.

About Broadway Brands Based in the heart of Times Square, Broadway Brands (www.broadwaybrands.com) is a theater media conglomerate that seeks to build creative, informative, and inspiring products for a variety of audiences on Broadway and beyond. The company made its debut in 2015 with the launch of Broadway Briefing, and recently launched Broadway News, with more brands on the way.  Broadway Briefing (www.broadwaybriefing.com) is a fun, fast (and free) must-read morning newsletter for theater professionals. Broadway News (www.broadway.news) is the new home for original theater journalism from editor-in-chief Caitlin Huston, with reviews by Charles Isherwood and Elizabeth Bradley, and featuring contributions from experienced theater journalists including Jeremy Gerard, Gordon Cox, Jan Simpson, and David Cote.  Broadway Brands is building a community of entertainment entrepreneurs, with a passion for taking show business seriously. It celebrates the history of the industry and is even more excited for its future.