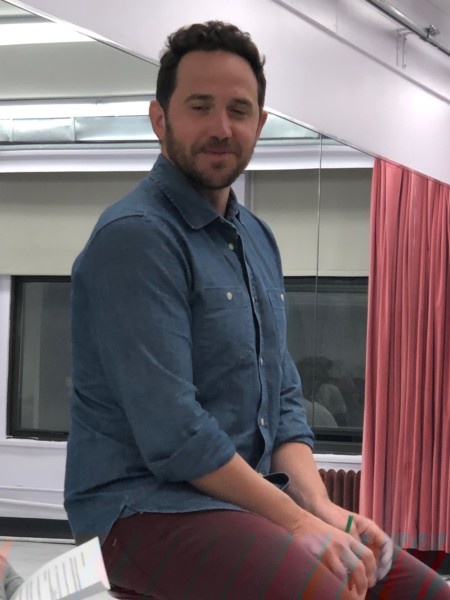 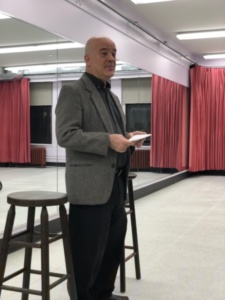 Last night the Board of the Drama Desk presented Santino Fontana: Talking Tootsie, Rodgers & Hart, and More. Organized and moderated by longtime member Michael Portantiere (BroadwayStars.com, TalkinBroadway.com), the enjoyable evening was enhanced by the ease of Mr. Portantiere questions. 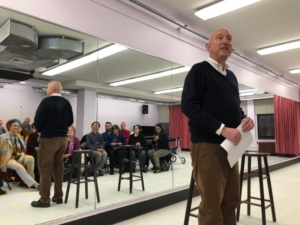 The event was held at Ripley Greer Studios at 520 8th Avenue to a packed house. Drama Desk President Charles Wright welcomed the membership.

Santino Fontana, is the star of the eagerly anticipated new Broadway musical Tootsie and creator and cast member of the upcoming Lyrics & Lyricists event We’ll Have Manhattan: Rodgers & Hart in New York at the 92nd Street Y.

Santino talks about Billy Elliot, Brighton Beach, A View from the Bridge and head trauma.

In this video we hear about winning his Drama Desk Award, more brain trauma, Sons of the Prophet, Jersey Shore Gone Wilde, The Importance of Being Earnest and going viral.

For our final video this hysterical actor Tootsie which starts previews March 29 at the Marquis Theatre.

Santino Fontana has delighted audiences as one of Broadway’s brightest stars and a formidable screen talent. He recently starred in City Center’s Encores! productions of God Bless You, Mr. Rosewater and 1776, for which he received rave reviews. His portrayal of Moss Hart in Lincoln Center’s production of Act One, which was filmed for PBS, also earned critical praise. In 2013, Santino received a Tony Award nomination for his role of Prince Topher in Rodgers & Hammerstein’s Cinderella, and in 2012 he won Obie and Lucille Lortel awards for his performance in Sons of the Prophet. Other theater credits include The Importance of Being Earnest (Clarence Derwent Award), A View from the Bridge, Brighton Beach Memoirs (Drama Desk Award), Billy Elliot, Zorba, and Sunday in the Park with George. He will return to Broadway in April 2019 in the leading role of the new musical Tootsie, with music and lyrics by David Yazbek and a book by Robert Horn, based on the hit 1982 comedy film of the same title. 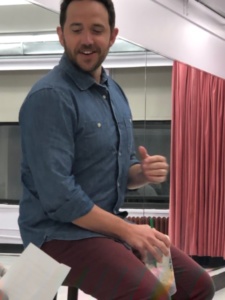 Santino is the creator of We’ll Have Manhattan: Rodgers & Hart in New York, a tribute to the great songwriting team that will be performed Jan. 26–28 as part of the Lyrics & Lyricists series at the 92nd Street Y. The show will feature Santino in a cast that also includes Jessica Fontana, Ann Harada, Vishal Vaidya, and his Tootsie co-star Lilli Cooper, directed by Gina Rattan, with musical direction by Andy Einhorn, arrangements and orchestrations by David Chase. (For tickets, visit 92y.org/event/l-l-we-ll-have-manhattan). 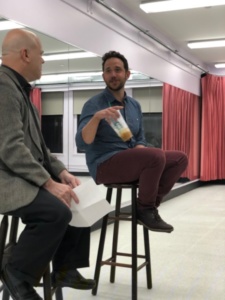 Santino is perhaps best known to broader audiences as the voice of the villainous Prince Hans in Disney’s Academy Award–winning animated feature Frozen. He was also seen in Universal Studios’ Sisters, starring opposite Tina Fey and Amy Poehler. His independent film work includes the romantic comedy Off the Menu and the psychological thriller Impossible Monsters. Among his television credits are the role of Greg on CW’s musical comedy series Crazy Ex-Girlfriend and the role of David Saperstein, opposite Jennifer Lopez and Ray Liotta, in NBC’s drama series Shades of Blue. Other TV credits: Singularity (an FX pilot from producers Seth Rogen and Evan Goldberg) and guest-starring appearances on The Good Wife, Nurse Jackie, BrainDead, Mozart in the Jungle, and Royal Pains. He can also be seen in the popular web series Submissions Only. As a vocalist, Santino has performed in such jazz venues as Lincoln Center’s Appel Room and Birdland. As an orchestra soloist, he has sung at Carnegie Hall, the Kennedy Center, and other top-tier venues with symphonies, big bands, and smaller ensembles, including the New York Philharmonic, the New York Pops, and the Mormon Tabernacle Choir. 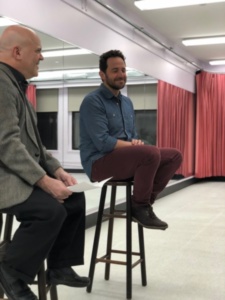 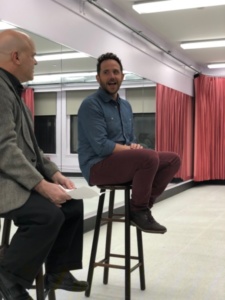 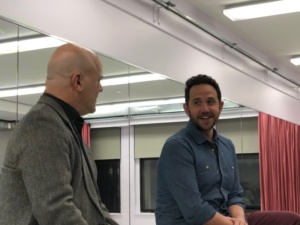 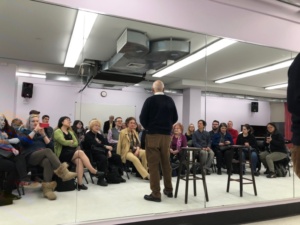