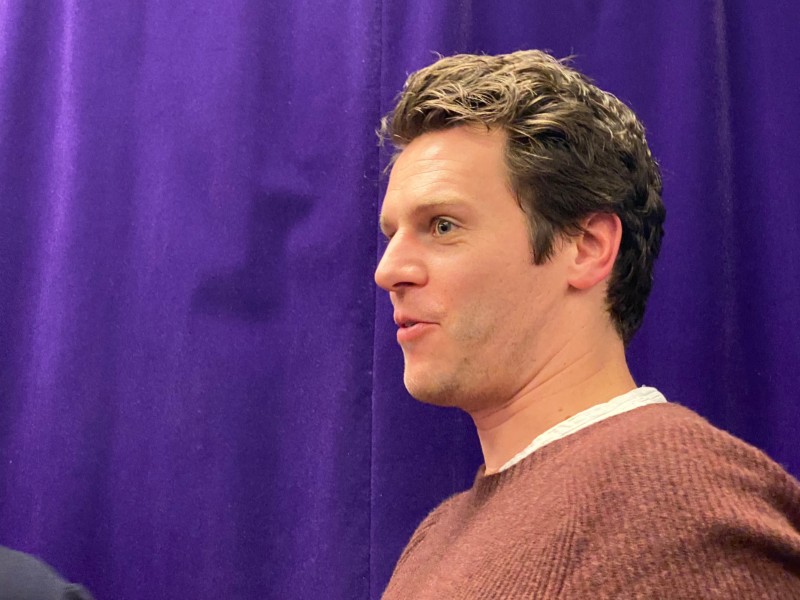 Jonathan Groff, who currently stars in the Off-Broadway revival of Little Shop of Horrors and can be seen on screen in Frozen 2, was the focus of an exclusive Drama Desk interview/audience Q&A program on Thursday, December 12 from 4:45 to 6pm. The event took place at Ripley-Grier Studios and was moderated by longtime Drama Desk member Michael Portantiere.

Groff first rose to prominence with his performance as Melchior Gabor in the original production of the musical Spring Awakening, for which he won a Theatre World Award and was nominated for Tony, Drama Desk and Drama League awards. An Obie Award winner for Prayer for My Enemy at Playwrights Horizons, he returned to Broadway in 2015 to play the role of King George III in Hamilton, a performance for which he earned his second Tony nomination. Among his numerous film and TV credits, Jonathan has a leading role in the Netflix series Mindhunter and is one of the vocal stars of the Disney phenomena Frozen and Frozen 2. He is currently appearing as Seymour in the hit Off-Broadway revival of Little Shop of Horrors at the Westside Theatre until January 21st.

Suzanna BowlingJune 27, 2022
Read More
Scroll for more
Tap
The Thin Place a Creepy Ghost Story for The Holidays
He Says: Signature Theatre Sets Fires in the Mirror Reflecting Back the Historic Presently