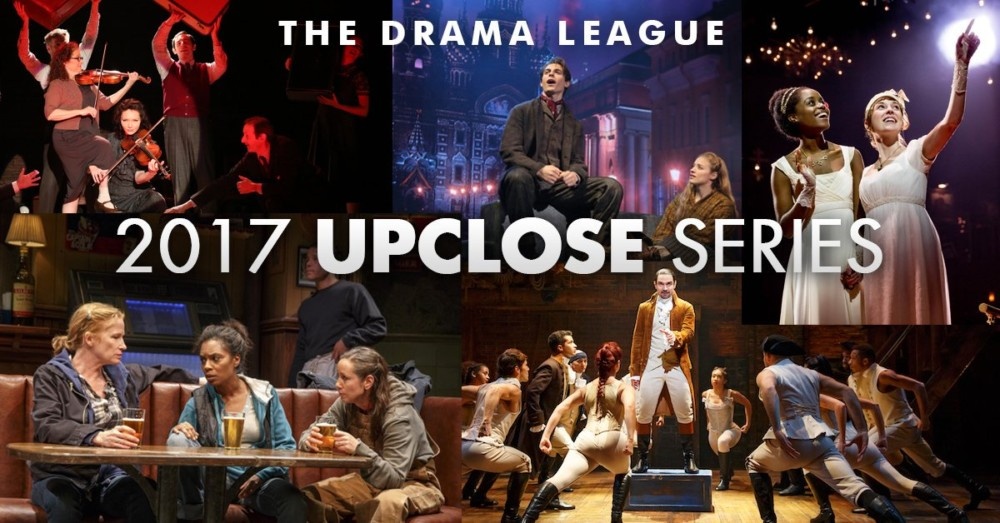 The Drama League (Executive Artistic Director Gabriel Stelian-Shanks) 2017 UpClose is to be held at The Drama League Theater Center (32 Avenue of the Americas) in Tribeca.

You can still catch the following:

A conversation with the legendary playwright Terrence McNally (Love! Valour! Compassion!, The Visit, Ragtime) and producer Tom Kirdahy (It’s Only A Play, Mothers and Sons) about their rapturous new Broadway musical, Anastasia.

Hamilton: The Next Generation with the cast of Hamilton: Monday, April 17 at 7:00 p.m.

Playwright Lynn Nottage, Director Kate Whoriskey, and noted filmmaker Tony Gerber talk about the creation of Broadway’s powerful new play, SWEAT, as well as its sister event, The Reading Project. Go behind the scenes of this scorching new masterpiece, and discover how this team of artists have encountered the struggles of modern life in gripping and nuanced detail.

Once exclusively the province of men, women have increasingly become many of Broadway’s leading directors.  The Drama League will unite many of the women visionaries who are the forces behind Broadway’s stellar 2016-2017 season, including a few who’ve recently made their Broadway debuts. With Kathleen Marshall (Ever After, In Transit, Living on Love), Anne Kaufman (Marvin’s Room, A Life, The Nether), Rebecca Taichmann (Indecent, Familiar, Marie Antoinette), and more.

Suzanna BowlingFebruary 10, 2021
Read More
Scroll for more
Tap
Alan Menken and David Spencer’s The Apprenticeship of Duddy Kravitz is A Musical Theatre CD Must Have
Medieval Times – A Night of Knights