The Drama League Announces Their Nominations And The Nominee’s Are……. 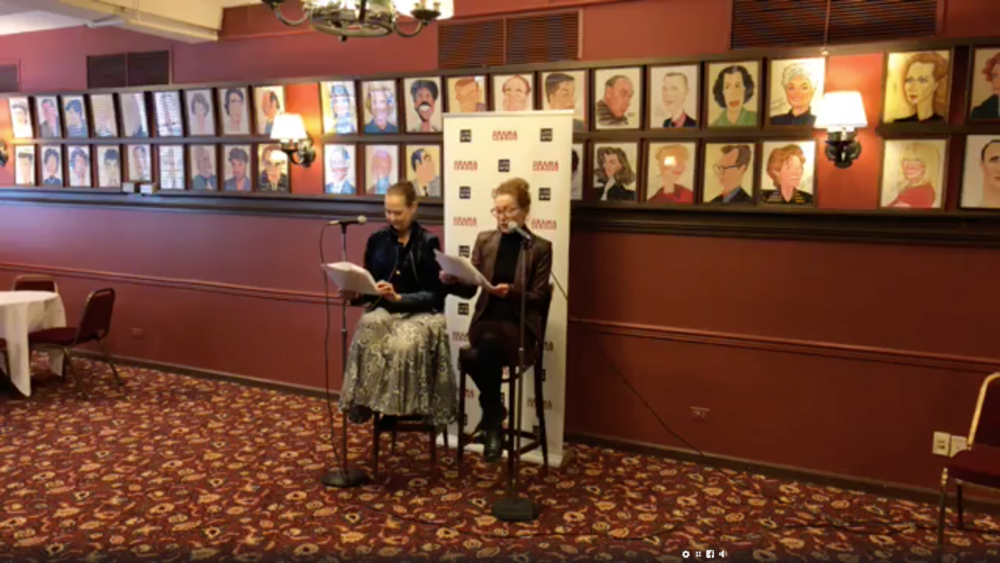 The Drama League Announces Their Nominations And The Nominee’s Are…….

The Drama League (Executive Artistic Director, Gabriel Stelian-Shanks) announced, today the 2018 Drama League Awards Nominees for Outstanding Production of a Play, Outstanding Production of a Musical, Outstanding Revival of a Play, Outstanding Revival of a Musical, and the much-coveted Distinguished Performance Award at Sardi’s. They were announced by Tony® Award-winners Harriet Harris (Thoroughly Modern Millie) and Julie White (The Little Dog Laughed). Tony Award-nominee Christopher Sieber (Spamalot, Shrek The Musical) was missing. Julie White made this a humorous morning.

The nominations announcement begins the month of celebrations leading up to the 84TH Annual Drama League Awards, which will be held at the Marriott Marquis Times Square (1535 Broadway) on Friday, May 18, 2018 at 11:30AM.

And the nominee’s are

Harry Potter and The Cursed Child: Parts One and Two

Written by Jack Thorne, based on an original new story by J.K. Rowling, Jack Thorne and John Tiffany

In the Body of the World

OUTSTANDING REVIVAL OF A BROADWAY OR OFF-BROADWAY PLAY

Children of a Lesser God

Edward Albee’s At Home at the Zoo

Book by Itamar Moses; Music and Lyrics by David Yazek

Book by Jennifer Lee; Music and Lyrics by Kristen Anderson-Lopez and Robert Lopez

Book by Jason Kim; Music and Lyrics by Helen Park and Max Vernon

Book by Kyle Jarrow; Based on the Series by Stephen Hillenburg

Conceived and Directed by Tina Landau

Woody Sez: The Life and Music of Woody Guthrie

Book and Lyrics by Lynn Ahrens; Music by Stephen Flaherty

Circle in the Square Theatre

Book by John Weidman; Music and Lyrics by Stephen Sondheim

Anthony Boyle, Harry Potter and the Cursed Child: Parts One and Two

Noma Dumenzweni, Harry Potter and the Cursed Child: Parts One and Two

Eve Ensler, In The Body of the World

Alfie Fuller, Is God Is

Hailey Kilgore, Once On This Island

Robert Sean Leonard, Edward Albee’s At Home at the Zoo

Alex Newell, Once On This Island

Paul Sparks, Edward Albee’s At Home at the Zoo

The Drama League also wishes to acknowledge the previous recipients of the Distinguished Performance Award who appeared in Broadway or Off-Broadway productions this season.  As the Award can only be won once in a performer’s lifetime, they are ineligible to be nominated; however, their exemplary work is recognized and applauded.

Norbert Leo Butz, My Fair Lady and The Whirligig

Kathleen Chalfant, For Peter Pan on Her 70th Birthday

Mark Rylance, Farinelli and the King

Unique Contribution to the Theatre – The National Endowment for the Arts