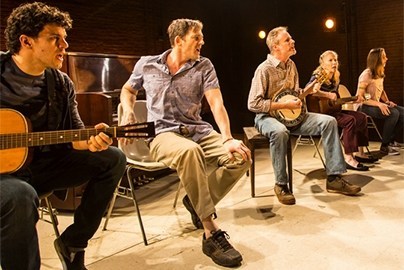 The Drama League (Gabriel Stelian-Shanks, Executive Artistic Director) opened its applications to the public for the 2019 Director Residency Programs, which support theatre directors with resources to build and develop new plays, musicals, performance pieces, hybrid works, and devised theatre projects during the 2019 calendar year.  The deadline for completed applications is Noon (12pm) US EDT on Friday, September 7, 2018.

Applications are now available at www.dramaleague.org for four residency programs:

The residencies offer financial stipends, rehearsal space, mentorship, and administrative support.  Full descriptions of each residency may be found at http://dramaleague.org/programs/directors-project/residencies.

Both programs are funded, in part, by the generous support of The Leo Shull Foundation for the Arts, the Howard Gilman Foundation, the Harold and Mimi Steinberg Charitable Trust, and Drama League members nationwide.  The Impact Residency is a partnership with the LaGuardia Performing Arts Center in Long Island City, NY.

New Visions/New Voices brings underserved theatre students from across the five boroughs of New York City together for pre-collegiate training in directing.  While participating in the after-school program, students work with professional actors under the tutelage of acclaimed theatre directors.  The competitive program focuses on the skills of directing – which can be used in a variety of future fields both inside and out of the performing arts.  It is offered free of charge to students who want to augment their arts experience with a real-world, behind-the-scenes training initiative.

“Supporting directors is the core of The Drama League’s mission,” noted Executive Artistic Director Gabriel Stelian-Shanks.  “Whether offering residencies to professional directors to develop new work, or giving talented high school-age New Yorkers their first experiences in the professional theatre, our goal remains the same: to create unique pathways for artistic excellence for the next generation of theatre makers.”

The Drama League New Visions/New Voices program is made possible by a generous grant from The Leo Shull Foundation for the Arts.

The Drama League of New York, since 1916, has been at the forefront of the American Theatre community, providing talent, audiences, and prosperous support. It is one of the nation’s oldest continuously-operating, not-for-profit arts advocacy and education organizations. Through its programs, initiatives and events, The Drama League serves over 3,000 artists and 15,000 audience members each season with over 150 events and programs.  For more information about events or membership, please call Tom Sime at 212.244.9494 ext 101.