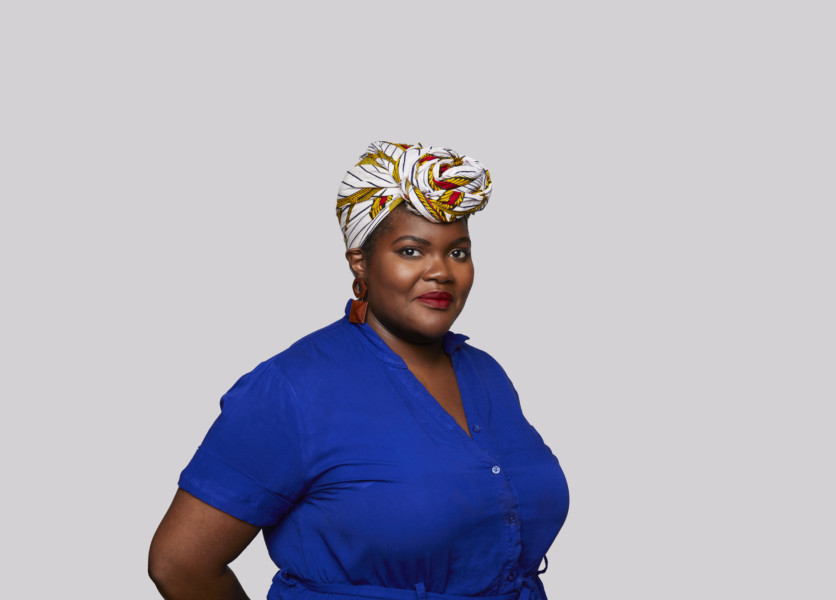 The 2020 festival continues with an evening of short plays probing the complexity of relationships. The evening begins with 2019 Drama League Directing Fellow Chika Ike’s staging of The Sporting Life of Icarus Jones by Marcus Gardley, whose work — including The House That Will Not Stand (NYTW) and On The Levee (LCT) has made him “the heir to Garcia Lorca, Pirandello, and Tennessee Williams” (New Yorker).

The three-member cast of The Sporting Life of Icarus Jones includes Cherrye J. Davis as Songstress/Nurse, Martin Fisher as Deadlust Jones and Eric Lockley as Icarus Jones. The Music Director is Justin Ellington. The Stage Manager is Bonnie McHeffey. Casting by Erica A. Hart.

Chika Ike is originally from Chicago, transitioning to New York. Recent productions includeKentucky, A Swell in the Ground, Franklinland, In the Blood, No Child, and Dontrell Who Kissed the Sea, as well as assisting Rachel Chavkin on the world premiere of Dave Malloy’s Moby Dick at A.R.T. She has worked with Berkeley Repertory Theatre, Playmakers Rep, Goodman Theatre, Victory Gardens, About Face, Chicago Inclusion Initiative, and Chicago Dramatists. Drama League New York Fellow, former SDCF Gielgud Directing Fellow, Bret C. Harte Directing Fellow, and member of Victory Garden’s Directors Initiative. She is an ensemble member of the Gift Theatre, where she serves as the director of the 4802 New Play Residency. chikavike.com

The Drowning Girls, by Beth Graham, Charlie Tomlinson, and Daniela Vlaskalic, directed by 2019 Drama League Directing Fellow Rebecca Marzalek-Kelly, weaves fact and fantasy through London’s infamous “Brides in the Bath” murder case, where the killer’s victims — his three newlywed wives — finally get a chance to tell their side of the story.

Rebecca Marzalek-Kelly is originally from Vermont and Brooklyn-based. In her Drama League Fellowship, she assisted Laura Kepley at the Cleveland Play House, and will be assisting Mike Donahue at Baltimore Center Stage. Her work has been seen at BAM (Fisher), The Public Theater, PS122, BRIC House, and The Bushwick Starr. Upcoming: Radium Girls at Skidmore College, where she’s also directed Who Will Carry the Word and Let the Right One In. She was a directing observer on Hadestown with Rachel Chavkin. Three-time Leadership U(niversity) Serving the Field grant recipient with TCG and the Andrew W. Mellon Foundation. Training: Williamstown Theatre Festival, SITI Company, SDCF Observership Class, and Skidmore College. Member, Lincoln Center Theater Directors Lab.

The Sporting Life of Icarus Jones and The Drowning Girls play on a double-bill at each performance.

Tickets are priced at $45 Premium Seating | $25 General Seating | $20 Drama League/SDC/AEA/DG Members (a post-show talkback with the director will follow the Saturday matinee performance). Tickets may be purchased ticket by visiting directorfest.org or by calling (212) 244-9494 x102.

For its 36th year, the festival includes 27 actors in six fully-staged productions and a concert of a new docu-play with music. Taking place over five weeks in venues across Manhattan, highlights of the festival include all-new stagings of works by Michael John LaChiusa (Hello Again) and Harold Pinter (The Lover), revivals of rarely-seen works by Tina Howe (Appearances) and Marcus Gardley (The Sporting Life of Icarus Jones), and Beth Graham, Charlie Tomlinson and Daniela Vlaskalic (The Drowning Girls), a concert of songs from the new docu-play with music byMatthew Dean Marsh and Oscar Lopez (Riot Song), and the North American premiere of a new theatrical immersive experience created by Belgian director Christian Bakalov (Pure).

DirectorFest is made possible thanks to the generosity of our current supporters and The Howard Gilman Foundation, The Hyde and Watson Foundation, The Shubert Foundation, The Leo Shull Foundation for the Arts, and the Trust for Mutual Understanding. Subsidized studio space provided by the A.R.T./New York Creative Space Grant, supported by the Andrew W. Mellon Foundation. Special thanks to the Harold and Mimi Steinberg Charitable Trust for supporting the Drama League. Drama League programs are supported, in part, by public funds from the New York City Department of Cultural Affairs in partnership with the City Council, the National Endowment for the Arts, and the New York State Council on the Arts, with the support of Governor Andrew Cuomo and the New York State Legislature.

The Drama League of New York, since 1916, has been at the forefront of the American Theatre community, providing talent, audiences, and prosperous support. The Drama League advances the American theater by providing a life-long artistic home for directors and a platform for dialogue with, and between, audiences. The Drama League opens doors for exceptional stage directors by providing time, resources, and space to work without restriction, while augmenting skills through personalized training, production opportunities, and professional development. The Drama League carefully selects directors whose vision and talent are unparalleled, with a clear commitment to the craft, the field, and audiences. Through our work, The Drama League celebrates the important role theatergoers have to the future of the industry, and champions the impact theater plays in civic life.The Drama League breaks the formidable barriers that impede success in the arts. These directors, nurtured and empowered by The Drama League’s support, are trained to create the most rigorous work possible, as a live exchange between artists and audiences. In doing so, we elevate the conversation, deeply impacting theaters and their communities.

Bringing people together to celebrate difference, share experiences, and discover common ground are crucial needs served by the work of Drama League directors. This necessary cultural practice is the foundation of our shared humanity.

New Ohio Theatre is a two-time Obie Award-winning theatre under the leadership of Robert Lyons, Artistic Director, and Marc Stuart Weitz, Producing Director. The New Ohio serves New York’s most adventurous theatre audiences by developing and presenting bold work from today’s vast independent theatre community. They believe the best of this community, the small artist-driven ensembles and the daring producing companies who operate without a permanent theatrical home, are actively expanding the boundaries of where American theatre is right now and where it’s going. From their home in the West Village’s historic Archive Building, the New Ohio provides a high-profile platform for downtown’s most mature, ridiculous, engaged, irreverent, gut-wrenching, frivolous, sophisticated, foolish and profound theatrical endeavors. The theatre is accessible from the #1 train to Christopher St. or A, B, C, D, E, F or M train to West 4th St. For info visit NewOhioTheatre.org.

Suzanna BowlingJuly 28, 2022
Read More
Scroll for more
Tap
Len Cariou and Donna McKechnie at BroadwayCon
Patrick Page (Hadestown) to star in All the Devils Are Here – How Shakespeare Invented the Villain