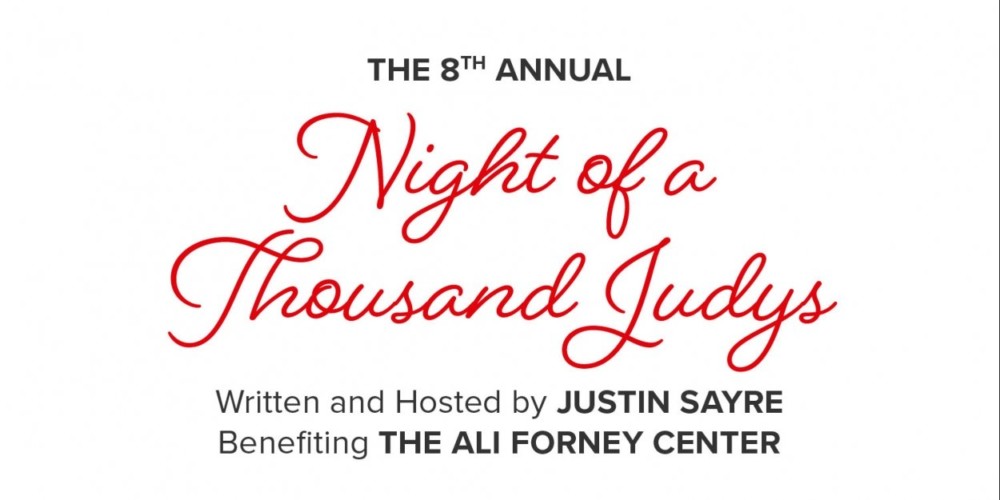 Called “a rambunctious, uproarious, unpredictable all-star concert” by The Wall Street Journal, “Night of a Thousand Judys” will honor the iconic Judy Garland with tributes and songs from her legendary career as movie star, recording artist and stage performer. The virtual event is written and hosted by Justin Sayre, featuring Tracy Stark as music director. “Night of a Thousand Judys” is produced by Dan Fortune and Adam J. Rosen, with Dan Fortune serving as executive producer.

“We are in a historical moment,” says Justin. “A moment when people too long unheard, undervalued and underrepresented are demanding justice. We are speaking out for justice, and while our ire and our disgust at the abuses of the police is reaching a fevered pitch, we must remember that the fight for justice is a fight on multiple fronts. We must never forget that in New York, homeless LGBTQ youth are deeply at risk, and many of these brave young people are people of color. We are here to support this community at risk.”

The Ali Forney Center is the nation’s largest and most comprehensive agency dedicated to LGBTQ homeless youths—assisting nearly 1,400 youths per year through a 24-hour Drop-In Center which provides over 65,000 meals annually, medical and mental health services through an on-site clinic, and a scattered site housing program. AFC’s goal is to provide them with the support and services they need to escape the streets and begin to live healthy and independent lives.