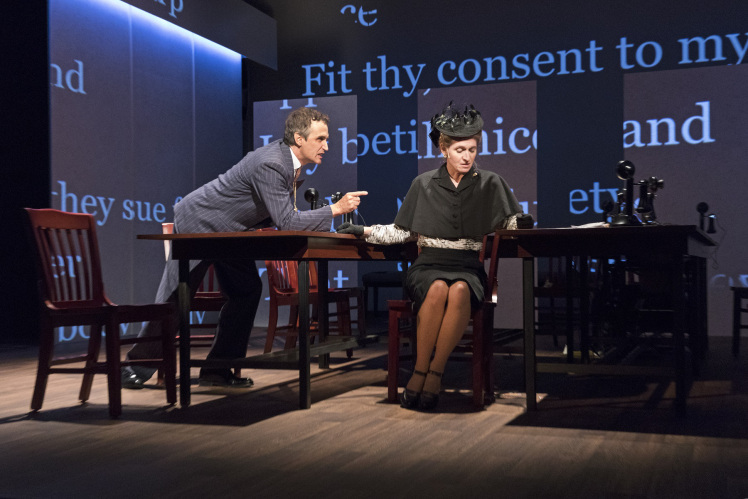 The Elevator Repair Service Measure For Measure Lost in Translation

The Elevator Repair Service Measure For Measure Lost in Translation 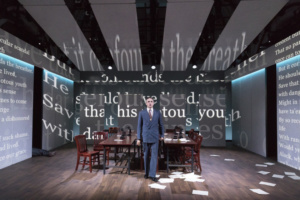 What was the Elevator Repair Service theatrical company thinking when they took on Shakespeare’s Measure for Measure? Now playing at The Public Theater under the direction of John Collins, the founder and artistic director of the company ERS, this troubled play has become even more so. Starting out in a room full of telephones, I hadn’t a clue at where this play was taking place. I would assume in the 40’s thanks to the costume choices by Kaye Voyce. As soon as this show started, it went into gibberish and all I could think was “Oh God, seriously, two hours and ten minutes of this, without an intermission?” No, the answer was two and a half hours, without an intermission. 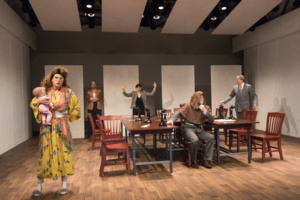 Then the company slowed down into what at least could be called normal speech, as the actors played around with the language in tonality, most of it shouting or in hideous southern drawls. The show felt like it was directed in the tone of The Three Stooges, which I was never a fan of. 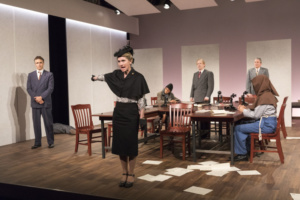 To make matters worse, there are large teleprompters throughout, which is rather cool thanks to Jim Findlay, with the text scrolling by. When Lindsay Hockaday, Maggie Hoffman, Mike Iveson, Vin Knight, April Matthis, Gavin Price, Scott Shepherd, Pete Simpson, and Susie Sokol are in speed delivery, what you get is characters reading and delivering their lines as if they are being called upon in school. Not a whole lot of acting was going on unless bizarre slapstick counts. What these texts did allow was the audience to try and catch up on what was actually going on. 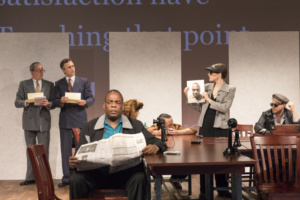 The only moment in the entire production that truly felt relevant was when Isabella (Rinne Groff, one of the few actors who manages to pull off a performance) and Claudio (Greig Sergeant) are in prison discussing how she should respond to the proposition that would spare his life.

If I had not known the play, I would have been lost in translation. Give me Desperate Measures playing at The York Theatre anytime.