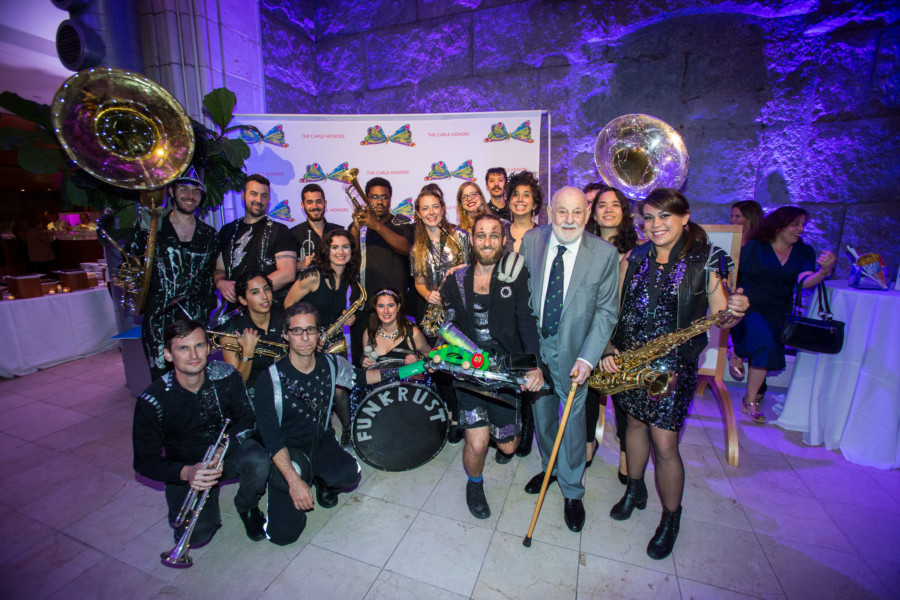 On Thursday, September 27, The Eric Carle Museum of Picture Book Art celebrated four leaders in the field of children’s literature at the 13th annual Carle Honors. Held at Guastavino’s in New York City, the annual gala and art auction applauds the publishing world’s most impactful individuals and organizations for their role in making picture books a time-honored and vibrant art and literary form. The gala, in tandem with the complementary 10th annual Carle Honors Art Auction, was their most successful fundraiser to date, garnering much-needed support for the Museum’s mission to inspire a love of art and reading through picture books. 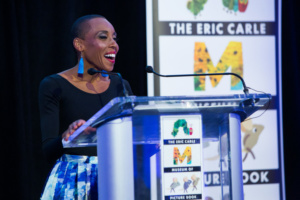 Museum co-founder and prolific author and illustrator Eric Carle greeted guests with a special surprise – a live performance by New York’s own Funkrust Brass Band – to kick off the presentation. Award-winning author, publisher, and editor Andrea Davis Pinkney took up the baton to host the rest of the presentation, during which the 2018 Carle Honors were awarded to:

“We’re thrilled to celebrate these exceptional individuals and organizations for our 13th annual Carle Honors,” said Rebecca Miller Goggins, Director of Development, The Eric Carle Museum of Picture Book Art. “Their work has inspired generations through their creativity and insight, and has helped to expand our collective experience with books that bring people together across borders and across oceans. We so appreciate everyone’s support of this gala to honor them.” 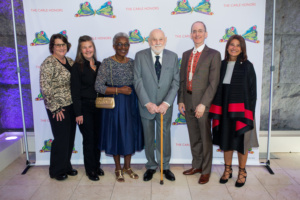 The evening’s festivities began with a cocktail reception where more than 300 guests had the opportunity to mingle with the award winners, auction artists, and Eric Carle himself. The presentation allowed everyone to gather under Guastavino’s upstairs vaulted tile ceilings for compelling stories from the Museum, and moving words about and from each of the honorees, all of whom were fêted by a short individualized tune by the Funkrust Brass Band.

The evening had a visual theme of Rapunzel, as an honor to Paul O. Zelinsky. The Very Hungry Caterpillar, which is celebrating its 50th anniversary this year, also featured prominently. Guests were able to take their photos with a unique Caterpillar cut-out, complete with a few of his favorite foods, and all took home a gift bag filled with some of the best new picture books, thanks to The Carle’s generous sponsors. When asked why the Caterpillar is so beloved, Eric said “I think maybe it is a story of hope – that when children read the book they realize that one day they will grow up too and be able to spread their wings.”