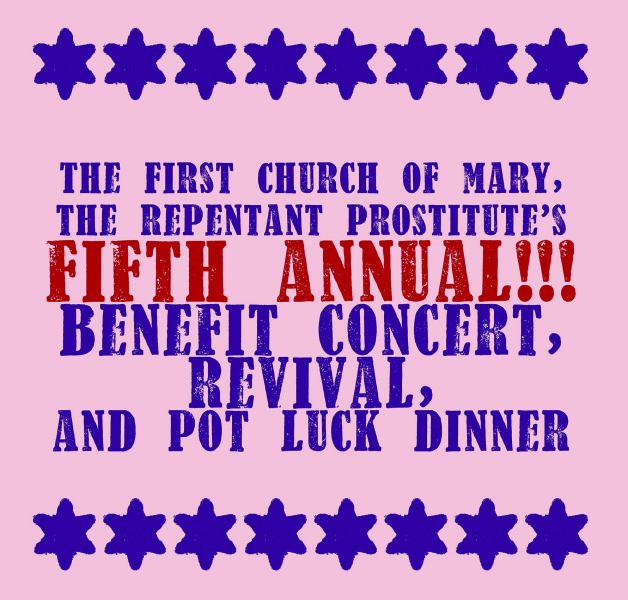 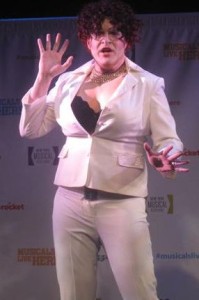 The First Church of Mary, the Repentant Prostitute’s FIFTH ANNUAL!!! Benefit Concert, Revival, and Pot Luck Dinner has set the bar high. There is a lot to like about this first fully staged show of the 2016 season of NYMF. Set in a church down south we have a show that has a fabulous score, a terrific band and a superbly talented cast, the problem lies in it doesn’t exactly know what it is. 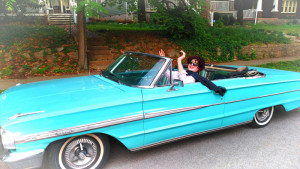 Geoff Davin has written this show for himself, with the help of Nicole Boggs, Kelleyann Hoctor and David Mescon. I can not decide if Mr. Davin has either done himself a disservice or he has missed something in the writing. Mr. Davin plays the lead character, a narcissistic, sadistic minster by the name of Adamenses Huckster, completely in drag, which is where the problem starts. Is this character a women, a transgender preacher or both? There was a fabulous show last year called Summer Valley Fair, that suffered from this same problem. If you confuse your audience in who your main character is, you have lost, but this is solvable.

This brings up the second question what is this show? Is it a cult musical along the lines of Hedwig, Rocky Horror, Nunsense or is it a serious musical? I tend to think this show would be better in the first category. Why not make Ms. Huckster along the lines of Tammy Faye Baker, who constantly cries to manipulate, as her make-up smears all over her face. Whatever way you go you need to make it clear who she is because if a man plays this role we will have questions the show does not answer and the title does not help.

Speaking of the title, not one person in the show is a prostitute, you don’t feed the audience and the show though filled with songs isn’t really a concert. Why not just call this show “The Revival” or if you must be wordy “The Revival is Back” or “5th Annual Revival.” Make the name something we can remember and add a song that sums up the show, such as “The Revival is Back.”

Another part of the problem seems director Martha Wilkinson does not have a clear sense of this show. A prime example is when Ms. Huckster is flirting the entire show with Dirk (Michael San Miguel) but leaves with the convict Shelly Braithwaite (played by the little girl with a killer voice and dynamo acting chops Rosemary Fossee) who can’t leave the church without her alarm going off, it makes no sense. It does make sense, in the casting of Miss Fossee who is a natural, with the it factor in spades. When Shelly is singing with the two Gospel sisters Ruwanda (Jennifer Whitcomb-Oliva) and Luwanda (Brooke Leigh Davis) Johnson her choreography should be tripping all over herself. This just needs to be funnier and each character needs to be fleshed out and distinctive in who they are. We need to be laughing so that when Charlotte (Megan Murphy Chambers) comes into her own it is a surprise and a quick turn on the rollercoaster. Ms Chambers fares well in both her songs and in her transformation, though if she were more mousy and insecure in the beginning and it built to this explosion it would have been a slam dunk.

Even though I have critiqued what is so easily corrected, make no mistake these actors including Mr. Davin are talented beyond expectation. Add to that the infectious soul/gospel infused songs, which have a fabulous beat combined with the musical accompaniment by Soul’d OUT NYC, which includes Keys: Olivier Court; Trumpet: Paul Tafoya; Sax: Gabriel Richards; Trombone: Nick Grinder; Bass: Louis de Mieulle; Drums: Antoine Cara; and guitar: Michael San Miguel and musically you are on solid ground. I can not judge the lyrics as the sound design by Megan Culley needs some fixing as they are hard to understand.