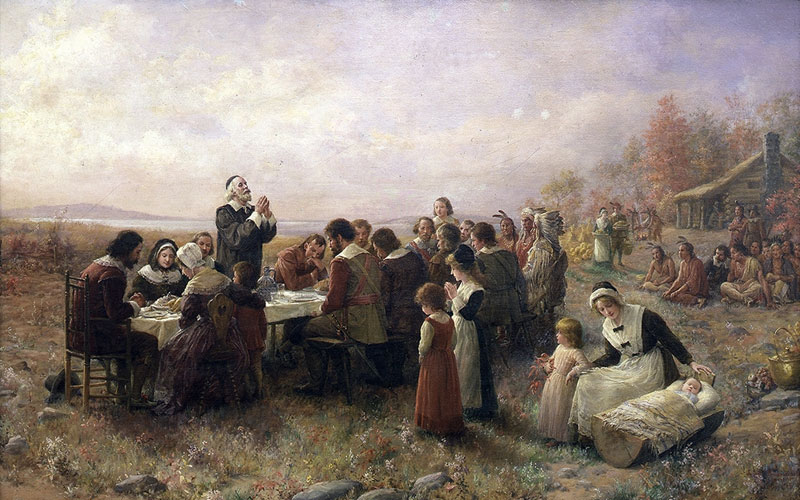 The First Thanksgiving A Day Of Prayer

The First Thanksgiving A Day Of Prayer 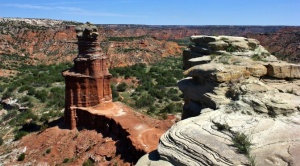 If you’re looking for something to talk about over pumpkin pie, forget what you learned about Plymouth Rock and the Pilgrims.

It turns out the first recorded English Thanksgiving was 1541 by Spanish explorer Coronado at Palo Duro Canyon in what is now Texas. French Protestant colonists at Charlesfort (now Parris Island, South Carolina) held a thanksgiving service in 1564.

In 1607, the Jamestown settlers held thanksgiving at Cape Henry, Virginia, and there are many other records of such hallowed observances.

The first call for an annual Thanksgiving was at Berkeley Plantation, Virginia, in 1619, when Captain John Woodlief and 38 settlers aboard the ship Margaret, proclaimed, “Wee ordaine that the day of our ships arrivall at the place assigned for plantacion in the land of Virginia shall be yearly and perpetually keept holy as a day of thanksgiving to Almighty God.” The account was lost to history until Dr. Lyon Tyler, the son of President John Tyler and the head of the College of William and Mary, discovered mention of it in the Nibley Papers, which he found buried in the annals of the New York Public Library in 1931.

The good ship Margaret sailed up the James River to what is now Berkeley Plantation, where they made landfall on December 4, 1619. This is one year and seventeen days before the Pilgrims arrived in Massachusetts. The Berkeley Company, financed the trip, with a list of ten instructions. The first was to give thanks immediately upon arrival and to continue the practice “yearly and perpetually.” The ceremony was a simple, a prayer of thanksgiving. The tradition continued each year until a 1622 Powhatan attack wiped out the fledgling settlement. Woodlief, who was in England at the time, returned to Virginia.

This is nothing like the Pilgrims’ three-day New England feast.