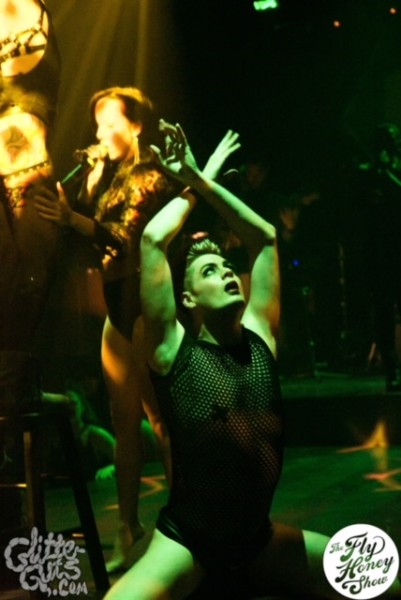 The Fly Honey Show – Burlesque with a Purpose

The Fly Honey Show – Burlesque with a Purpose 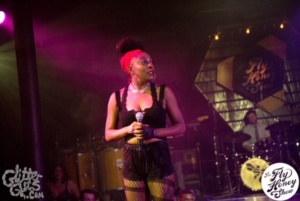 Now in its ninth season, Inconvenience Theater Troupe presents the return of the sex positive burlesque/comedy/performance art piece, The Fly Honey Show. Created and directed by Erin Kilmurray, The Fly Honey Show featured an array of Windy City based, award winning talents, all of who regularly grace the stages of The Goodman Theatre, Lookingglass Theatre Company, Victory Gardens Theater, Lifeline Theatre and more, albeit here in significantly less costuming. The bump and grind on display had a clear cut message. Not only were sisters doing it for themselves, they’re in the driver’s seat to craft their own destiny, leaving no prisoners in their powerful wake. All the “S” words were firmly intact; sex positivity, skin, sheer, straps, stilettos, sequins, sparkle, sensuality, shimmy and most importantly – standing room only. This summer time sensation is routinely sold out, with a regular wait line in the lobby before every 10 pm show. Hosted with sass, class, and, forgive me, some fishnet covered ass, by Mary Williamson, Molly Brennan and Sydney Charles, the rules were clear from the beginning. The audience cannot touch the honeys, while the hostesses declare we are “sharing ourselves and baring ourselves” to the theme of advancing gender equality. They may be dressed in little more than pasties, but burning down the patriarchy is lesson number one. “Welcome to the Hive” teased Williamson. We have “hearts to break and asses to shake!” 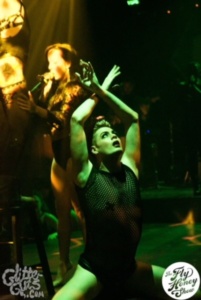 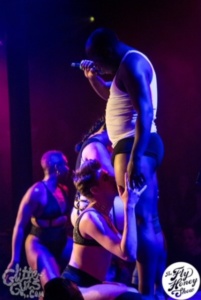 The pasties vs. The patriarchy concept wasn’t just for the female identifying members of the troupe. Everyone involved wore some form of nipple coverage in solidarity, protesting an old law banning “female” nipples being shown, still inexplicably on the books. During the second act, “Reverend Butts” aka the talented Bear Bellinger, brought the house down with his own unique, gospel flavored homily preaching to the Cis men in the audience. “Every space is not your space” he bellowed as the crowd cheered him on. The two women seated next to me were grateful for his costume choice, a simple jock strap and extensive booty glitter. “Reverend Butts” certainly hit home with them, although the message might have been clouded by the “cheeky” delivery. As Sydney Charles in Charge took to the stage to belt out her own unique spin on the Salt n’ Pepa 1993 empowerment anthem “None of Your Business”  the audience sang along, matching her unending swagger, beat by beat. “It’s in our nature to be fly” cooed this trio of hostesses, allow the audience to soar right along side them. 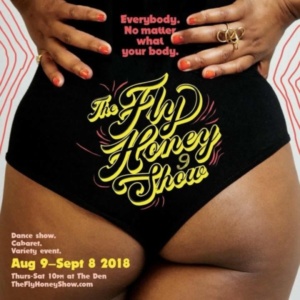 Just a few points of contention, the show started at ten and ran well after midnight. Factoring in a disco nap earlier in the day certainly helped. There is a full service bar in the lobby, so enjoy, however watch for spilled drinks from patrons returning to their seats throughout the production. Watch your toes as well. I was lucky enough to score a front row seat to the proceedings and was rewarded during the second act with an accidental stiletto spike to the top of my foot as the dancers performed throughout the audience. Please keep your feet and arms in securely while on this hair raising ride.  Lastly, while the ladies in act one kept their choreography tight and succinct, the men of the Hive needed a little more rehearsal time for their top of act two production number. Arms and legs were flailing about in a comedic style that unintentionally distracted from the rest of this cabaret. 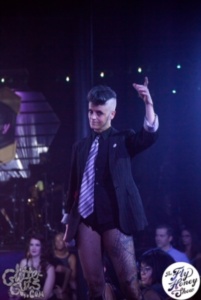 While one of the themes was “burn it all down” in this #metoo environment, the heat generated center stage surpassed the humidity outside on the warm summer night I attended. Now playing for a brief five week fun at the Den Theater, the Queen Bees at the helm of the The Fly Honey Show brought enough nectar to bloom ten football fields of feminist identifying flowers. Enjoy this courageous and audacious colony while you still can.  The “buzz” is all good. 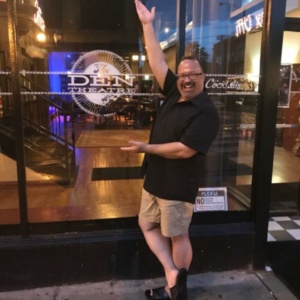 Inconvenience’s The Fly Honey Show is now playing through September 8, 2018 at the Den Theatre Main Stage