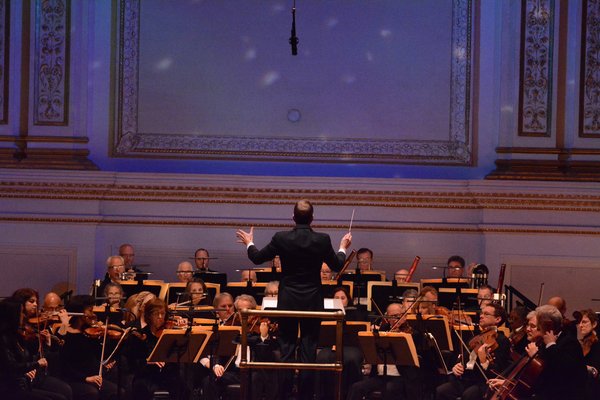 The Force Awakened With the Magical New York Pops

The Force Awakened With the Magical New York Pops 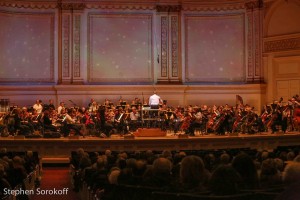 Last night April 8th at 8:00PM, The New York Pops took center stage at Carnegie Hall’s Stern Auditorium/Perelman Stage to present The Music of John Williams: From Spielberg to Star Wars.  The New York Pops is one of New York’s greatest treasures as Music Director and Conductor Steven Reineke lead the orchestra in a night filled with magic. In celebration of legendary film composer John Williams, the first act consisted of the Academy Award-winning themes with director Steven Spielberg. Starting with iconic thrill of the approach of a killer shark with Jaws, to the ethereal and contemporary Close Encounters of a Third Kind, leading to the rambunctious and themematic Raiders of the Lost Ark,  to the childlike wonder of E.T. the Extra-Terrestrial, sailing into Neverland with Hook landing right into the land of dino’s with Jurassic Park. Thirteen old Ethan Olaes joined the orchestra with his violin for the last piece. 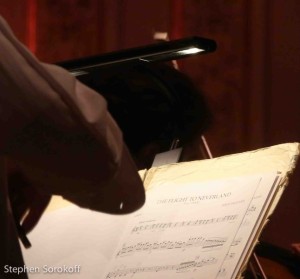 The Film Music of John Williams

The second act brought Cenovia Cummins to the forefront with the haunting Schindler’s List. With the scores of War Horse and Lincoln soloists from the orchestra shined. It was Williams’ scoring from the Star Wars films, that brought the most applause. It was truly a night that the force awakened.

Williams’ music is firmly entrenched in the classical tradition, based heavily on the style of the late-romantics such as Gustav Mahler and Richard Strauss with modernistic overtones. His memorable music with fanfares, marches and impressive themes brought back memories of seeing each film. 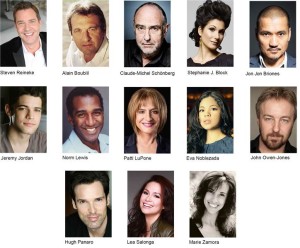 The New York Pops returns to Carnegie Hall on Monday, May 2, 2016 at 7:00PM, for its 33rd Birthday Gala, Do You Hear the People Sing, honoring the creative team behind Les Miserables and Miss Saigon, Alain Boublil and Claude-Michel Schonberg. The concert will feature performances by Broadway stars Stephanie J. Block, Jon Jon Briones, Jeremy Jordan, Norm Lewis, Patti LuPone, Eva Noblezada, John Owen-Jones, Hugh Panaro, Lea Salonga, and Marie Zamora. The concert will also feature Judith Clurman’s Essential Voices USA, as well as students from The New York Pops’ Kids on Stage music education program and Camp Broadway Kids. Proceeds will support the orchestra and its PopsEd programs throughout all five boroughs of New York City. Tickets are almost sold out, so I would rush to purchase.

This was a night not to be missed.