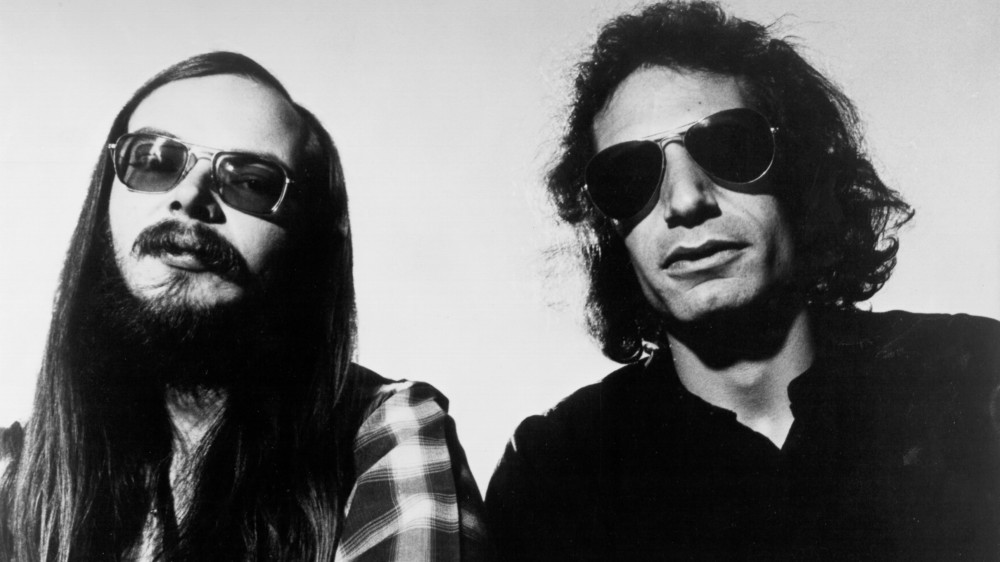 MISSING DAN — The family of an engineer who worked with Steely Dan during the making of their sumptuous 1980 album Gaucho revealed that they have found tapes associated with the lost song “Second Arrangement.”

The mercurial Donald Fagen and Walter Becker spent several days working on the track in December 1979 before recording a version that matched their notoriously high standards. But an assistant engineer charged with preparing the tape for playback accidentally erased most of it. When senior engineer Roger Nichols told Fagen what had happened,; and, he’s said to have been so upset that he left the studio without saying a word

The frontman later told Rolling Stone that the incident was “one of the most serious emotional setbacks we’ve had in the studio.”

Despite several attempts, the duo failed to lay down a new version that felt as good as the first. So, “Second Arrangement” remained unreleased, though demo versions have circulated over the years. You can listen to one of those below.

Nichols died in 2011. In a new Facebook post, his daughter Cimcie shared a picture of a compact cassette labeled “Second Arr,” and explained that “three work tapes left the recording studio the night before the infamous Steely Dan ‘Second Arrangement’ deletion.”

“We’ve never played it. Probably smart to play and transfer at the same time. What should we do with it?”

She noted that the tape felt “like a magical treasure that my mom has kept safe for decades. Good job, Mom!”

As Cimcie hinted, there may be only one chance to preserve whatever music is on the cassettes. Tape decays over time, regardless of how well it’s been stored, and the magnetically preserved information may have dropped out or the material itself may even have worn away. The act of playing the tape could destroy it, so it’s best that a digital transfer takes place during the first playback.

Even if the music is saved, there’s no guarantee it will ever be released, even though several commenters on the post described the track as the “holy grail” of Steely Dan recordings.

THE APPRENTICE LOOMS — It looks like Donald Trump is really leaning into his past as a reality TV show host. Two producers of The Apprentice are involved with the planning of the Republican National Convention which started yesterday and continues through August 27.

According to the New York Times, Sadoux, who worked on The Apprentice and once was a judge on the Miss Universe pageant, has assumed the position as lead consultant on the production of the RNC while former NBC exec Chuck LaBella, who produced The Comedy Central Roast of Donald Trump is also set to work on the event which will be somewhat of a hybrid affair. It’s no surprise that the pair working on the RNC both worked on projects that help amplify Trump’s brand

Trump is set to speak all four days of the convention. The RNC is going to be a family affair as Melania, Ivanka, Eric and Tiffany are set to speak. In addition to 45’s wife and offspring  Vice President Mike Pence, House Minority Leader Kevin McCarthy, former US Ambassador to the United Nations Nikki Haley, South Dakota Governor Kristi Noem, Iowa Senator Joni Ernst and South Carolina Senator Tim Scott are lined up to speak.

Trump and Pence are expected to appear in-person at the Charlotte, North Carolina convention site on Monday while the rest of the convention will be held off site. Trump will give brief remarks after being nominated, but his formal acceptance speech is expected to be Thursday from the White House. The central convention location will be the Andrew W. Mellon Auditorium in Washington, D.C.

SHORT TAKES — Peter Frampton, Paul Rodgers, Mark Knopfler, Rick Wakeman, John Oates, Kiki Dee and many other artists will take part in an all-star recording of the Ben E. King classic “Stand by Me” to raise money for Help Musicians, which benefits out of work musicians in England due to the pandemic. It will be released on October 27th, the 60th anniversary of the day King recorded it in 1960 …

(Via TV Line) For the first time in the show’s history, MTV is expanding access to this year’s VMAs (this Sunday) by offering viewers broadcast access on the CW. The CW is the latest addition to the live show’s growing list of simulcasts, which now amasses 12 total Viacom/CBS brands. In addition, the annual awards show will produce a 90-minute VMAs pre-show, though that red carpet action will be exclusive to MTV. Hosted by Scream Queens‘ Keke Palmer, the show will feature performances by Lady Gaga, Ariana Grande, Miley Cyrus, The Weeknd, BTS, Black Eyed Peas, Doja Cat, DaBaby, Maluma and CNCO, among others. Additional performers will be announced at a later date. The VMAs air Sunday, Aug. 30 at 8/7 Central … Also: The 74th Annual Tony Awards will be presented digitally this fall. More details, including a date and platform for the ceremony, will be announced soon … The Kelly Clarkson Show will return for Season 2 on Monday, Sept. 21, with a virtual fan audience and a combination of live and virtual interviews. The show, which had averaged 1.9 million viewers an episode during its inaugural season, was renewed back in November …

David Bryne’s American Utopia -the last thing I saw on Broadway and just loved- debuts on HBO, Saturday, October 17 at 8:00 PM. Directed by Oscar-winner Spike Lee … Everybody wants life to return to “normal” — or whatever “normal” is allowed once the COVID-19 pandemic subsides enough to allow the resumption of our usual way of life — but Van Morrison is taking a harder stance. The legendary Irish singer/songwriter, who’s always been known to do things his own way and speak his mind when he feels compelled to do so, recently shared an essay on his official site. Titled Save Live Music, it’s a passionate plea to his fellow artists and musicians to eschew the “new reality” of socially distanced concert performances and strict regulations in place, and it reads like a reaction to his own upcoming socially distant performances at a few venues in Europe and the U.K. His message in full, which — fair warning to those unsure what to expect — includes the phrase “pseudo-science”: As you know, we are doing socially distanced gigs at Newcastle Upon Tyne’s Gosforth Park, Electric Ballroom and The London Palladium. This is not a sign of compliance or acceptance of the current state of affairs, this is to get my band up and running and out of the doldrums. This is also not the answer going forward. We need to be playing to full capacity audiences going forward.I call on my fellow singers, musicians, writers, producers, promoters and others in the industry to fight with me on this. Come forward, stand up, fight the pseudo-science and speak up. Sir Andrew Lloyd Webber and myself appear to be the only people in the music business trying to get it back up and running again. Come forward. It’s not economically viable to do socially distanced gigs. Come forward now, the future is now. We would like to publish a list of names of all those who are supporting the industry. If you would like your name included contact us at webadmin@exileproductions.net… The stance issued by Van Morrison stands in stark contrast to that of fellow music icon Stevie Nicks, who has taken to her Instagram page a handful of times urging people to wear masks and stop the spread of the virus, worrying that, “If I get it, I will probably never sing again.” What do you think? … Happy Bday Lora Evans!