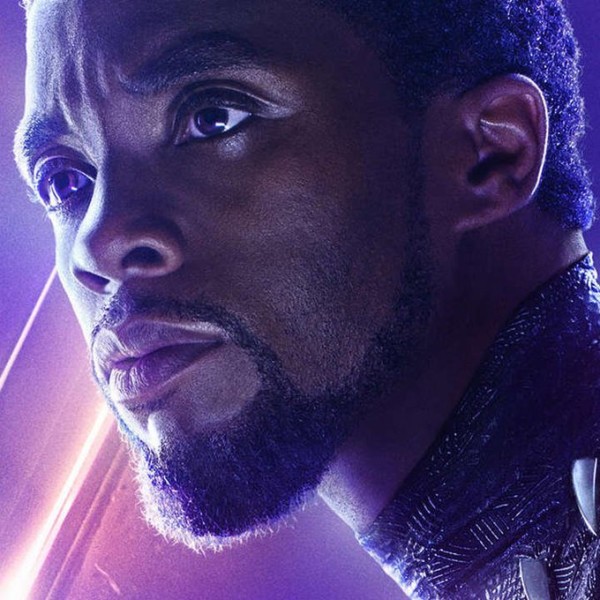 Boseman died at his home in the Los Angeles area with his wife and family by his side, his publicist Nicki Fioravante told The Associated Press.

Boseman was diagnosed with colon cancer four years ago, his family said in a statement.

“A true fighter, Chadwick persevered through it all, and brought you many of the films you have come to love so much,” his family said. “From Marshall to Da 5 Bloods, August Wilson’s Ma Rainey’s Black Bottom and several more – all were filmed during and between countless surgeries and chemotherapy. It was the honor of his career to bring King T’Challa to life in Black Panther.”

Boseman had not spoken publicly about his diagnosis. He is survived by his wife and a parent and had no children, Fioravante said.

Expressions of shock and despair poured in late Friday from fellow actors, athletes, musicians, Hollywood titans, fans and politicians. Viola Davis, who acted alongside Boseman in Get On Up and an upcoming August Wilson adaptation, tweeted: “Chadwick…..no words to express my devastation of losing you. Your talent, your spirit, your heart, your authenticity.”

“This is a crushing blow” actor and director Jordan Peele said on Twitter.

Disney executive chairman Bob Iger called Boseman “an extraordinary talent, and one of the most gentle and giving souls I have ever met. He brought enormous strength, dignity and depth to his groundbreaking role of Black Panther.”

“Captain America” actor Chris Evans called Boseman “a true original. He was a deeply committed and constantly curious artist. He had so much amazing work still left to create.”

Democratic presidential nominee Joe Biden tweeted that Boseman “inspired generations and showed them they can be anything they want — even super heroes.”

His T’Challa character was first introduced to the blockbuster Marvel movies in 2016′s Captain America: Civil War,and his “Wakanda Forever” salute reverberated around the world after the release of Black Panther two years ago.

“I don’t think the world was ready for a Black Panther movie before this moment. Socially and politically, it wasn’t ready for it,” he told AP at the time.

The film’s vision of Afrofuturism and the technologically advanced civilization of Wakanda resonated with audiences, some of whom wore African attire to showings and helped propel Black Panther to more than $1.3 billion in global box office. It is the only Marvel Studios film to receive a best picture Oscar nomination.

Boseman said he more easily identified with the film’s antagonist, played by Michael B. Jordan, who had been cut off from his ancestral roots: “I was born with some Killmonger in me, and I have learned to T’Challa throughout my studies,” he told AP while promoting the film.

“It’s the place where you start. All African Americans, unless they have some direct connection, have been severed from that past. There’s things that cannot be tracked,” he continued. “You were a product, sold. So it’s very difficult as an African American to connect at some points directly to Africa. I have made that part of my search in my life. So those things were already there when I got into the role.”

The character was last seen standing silently dressed in a black suit at Tony Stark’s funeral in last year’s Avengers: Endgame. A “Black Panther sequel had been announced, and was one of the studio’s most anticipated upcoming films.

Even at the outset of his Hollywood career, Boseman was clear-eyed about — and even skeptical of — the industry in which he would become an international star.

“You don’t have the same exact experience as a Black actor as you do as a white actor. You don’t have the same opportunities. That’s evident and true,” he told AP while promoting 42. “The best way to put it is: How often do you see a movie about a black hero who has a love story … he has a spirituality. He has an intellect. It’s weird to say it, but it doesn’t happen that often.”

In addition to Robinson and Brown, Boseman portrayed the future U.S. Supreme Court Justice Thurgood Marshall in 2017′s Marshall. He humanized the larger-than-life historical figures with the same reserved dignity — interrupted by flashes of sparkling wit — that he would later bring to T’Challa.

He took on his first producing job in last year’s action thriller 21 Bridges, in which he also starred, and was last seen on-screen in Spike Lee’s film Da 5 Bloods as the leader of a group of Black soldiers in the Vietnam War.

Chapman will spend at least another two years behind bars until he is again eligible for release after the Board of Parole turned down his appeal on Aug. 19, officials said.

Lennon’s widow, singer and artist Yoko Ono, has repeatedly argued against Chapman’s release, saying she fears for her own safety as well as that of Julian and Sean, Lennon’s two sons. She also warned that Chapman could face retribution from angry Beatles fans looking for revenge.

The last time Chapman was eligible for parole in 2018, the panel agreed, writing in their decision that his release could be a public safety issue since “someone may attempt or succeed in harming you out of anger and or revenge, or for the same reason that you did John Lennon, to assume notoriety.”

Lennon was 40 when Chapman shot him four times in the archway leading into the Dakota on Dec. 8, 1980. His killer, who had plotted out the murder for months, did not run. He leaned against the building and opened his copy of Salinger’s Catcher in the Rye as he waited for the cops.

Chapman told the board in 2018 he felt “more and more shame” each year for his actions.

“Thirty years ago I couldn’t say I felt shame and I know what shame is now,” he said during his last appearance. “It’s where you cover your face, you don’t want to, you know, ask for anything.”

There are no words on this topic.I say throw away the keys!

SHORT TAKES — (Via Deadline) Hellboy filmmaker Neil Marshall has been dropped by his agency Verve.The director, who recently made the period horror film The Reckoning with his fiancé  (aka The Black Widow) Charlotte Kirk, has been in the cross-hairs of a recent scandal involving the actress, and former NBC Universal Chairman Ron Meyer. Last week, Meyer, stepped away from NBC/U after 25 years, admitting that he had a consensual affair with a woman, and not behaving in sync with the values of the entertainment conglomerate. Meyer said that he was being extorted by a woman, and reports later revealed that person to be Kirk. Other media reports blamed Marshall for being involved in Meyer’s extortion, but in a statement to Deadline, the filmmaker specifically said “The allegations concerning myself, Ron Meyer and NBC/Universal are nothing but lies based upon falsehoods. There isn’t a grain of truth to this story, so I urge you, don’t just look at a headline and take it as gospel. Certain websites believe they can publish whatever scurrilous garbage that is fed to them with impunity.” In the wake of the Meyer imbroglio, Kirk and Marshall pulled out of a virtual Q&A at the Fantasia festival in Canada where The Reckoning was making its world premiere last Thursday. Rumors abound in Hollyweird that the Kirk scandal will bring down two more high-profile names … Sad to report that Lord & Taylor is going under. Their flagship stored on NYC’s Fifth Avenue closed last year. It wasn’t my go-to store, but what a history: 194 years in business … Also, the famed steak-plate-spot Delmonico’s future is also up in the air.

And, remember The Palm restaurants were sold right before the start of the pandemic … I’ve known Ray D’Ariano for years. He was a key-figure in MCA Records (now, Universal) history with Elton John back in the day. Here’s an great story from Best Classic Bands, from Ray: https://bestclassicbands.com/elton-john-john-lennon-msg-1974-ray-dariano-8-27-20/?fbclid=IwAR1CuFwNncpTlUPgEsY59YBrvC4lfIsmu-pm3SEV2aB8xZx0bKjZb0HI-30 …

And, speaking of Elton, this week was the 50th anniversary of his ground-breaking stint at Doug Weston’s infamous Troubadour in LA.Suffice to say, it stated the Elton-phenomena. It was depicted in the movie Rocketman, but it was a cataclysmic event.