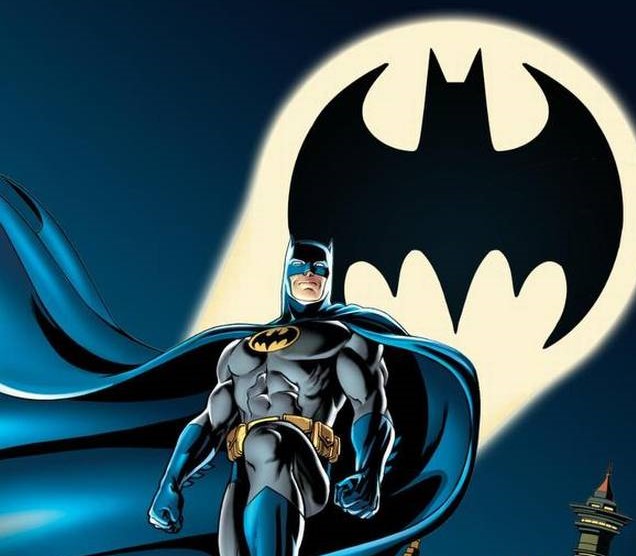 THE BATMAN DOWN — With filming on Matt Reeves’ The Batman having resumed only days ago after pausing 5 1/2 months ago, the UK production at Warner Bros. Leavesden studio has been shuttered again after one of the people on the production turned up positive with COVID-19.

Deadline has confirmed that star Robert Pattinson is the member of the production team who tested positive for the virus.

Said Warner Bros. this morning about the situation:

“A member of The Batman production has tested positive for Covid-19, and is isolating in accordance with established protocols. Filming is temporarily paused.” No further information was provided by the studio in protecting their workers’ privacy.

Vanity Fair was the first to report the Pattinson news Thursday. Warner Bros did not respond to request for comment on whether Pattinson was the “member of The Batman production” it referred to in its earlier statement.

Unfortunately, this is part of the new world of shooting features films during the pandemic, and the extra precautions and steps that are required to continue shooting. Universal recently denied that a positive COVID-19 case during the UK shoot of Jurassic World: Dominion had stalled shooting, and the production continues to run strong on day 60. While four crew members reportedly had tested positive on Malta, where the movie is shooting through mid-September, they went into self-isolation, with the production scaling back to a second unit shoot.

Following Batman‘s initial shutdown, Reeves told Deadline he had a quarter of the movie in the can. That said, he delivered a teaser with a lot of stuff at DC Fandome recently for the October 1, 2021 release. Reportedly, Reeves has another three months to shoot.

Reeves confirmed at DC FanDome virtual day that his new iteration of the Dark Knight takes place during Batman Year Two in the comic book cycle, and will show The Riddler, the Penguin and Catwoman as their early selves, before they’re fully realized into their iconic villains.

GODFATHER CODA — Francis Ford Coppola will release a re-edited version of his often-maligned The Godfather: Part III that will include a new beginning, new ending, and new title: The Godfather, Coda: The Death of Michael Corleone.Coppola said the film will better reflect his intentions for the third film in the series, released in 1990, to mark its 30th anniversary. He plans a limited December theatrical release.

“Mario Puzo’s The Godfather, Coda: The Death of Michael Corleone is an acknowledgement of Mario’s and my preferred title and our original intentions for what became The Godfather: Part III,’” said Coppola. “For this version of the finale, I created a new beginning and ending, and rearranged some scenes, shots, and music cues. With these changes and the restored footage and sound, to me, it is a more appropriate conclusion to The Godfather and The Godfather: Part II.”

The first two films in The Godfather saga are widely considered two of the greatest of all time. Godfather: Part III is not. The film has an unremarkable 69 percent on Rotten Tomatoes.

The Godfather: Part III and The Godfather, Coda both follow Michael Corleone (Al Pacino), now in his 60’s, as he seeks to become a legitimate businessman man, free his family from it mob ties, and find a suitable heir. In addition to Godfather veterans, it also enlisted young actors Andy Garcia and Coppola’s daughter, Sofia Coppola, who many critics felt was miscast.

“Mr. Coppola oversaw every aspect of the restoration while working on the new edit, ensuring that the film not only looks and sounds pristine, but also meets his personal standards and directorial vision,” said Andrea Kalas, from Paramount Archives.

This is the latest effort by Coppola, 81, to bolster his legacy: He has previously re-released updated versions of his films Apocalypse Now and The Cotton Club.

Interesting development for sure. Think of it as Coppola’s master re-mix of all these films. The first Godfather still stands as a landmark American film. I just watched most of it last week and its effect was still staggering. The sequel was good, but a tad confusing. The third I really didn’t really get at all. George Hamilton, Andy Garcia? Where did they come from? The ending to third film is on YouTube and as sad and predictable as it was, I don’t know how Coppola will change that.

Roger Friedman, who broke the news (on SHOWBIZ 411) said that by the time they filmed that, Pacino and Diane Keaton weren’t speaking at all. And their aloofness is all on the screen. To me, that third film was a complete money-grab by everyone, so I will watch this new version closely. Time does heal the wounds. We’ll see.

CROSS ON THE MEND — 5-time Grammy winner Christopher Cross confirmed that he was battling coronavirus in a Facebook several months ago. Cross, whose easy hits “Arthur’s Theme (Best That You Can Do)” and “Sailing” have been a part of the soundtrack of the early 1980’s, wrote, “I’m sorry to report that I’m among the many rising variety of Individuals who examined optimistic for the COVID-19 virus. “Though I’m lucky to be cared for at dwelling, that is probably the worst illness I’ve ever had,” the 68-year-old continued.

“For these of you who nonetheless don’t consider the COVID-19 virus is actual, or assume it’s a ‘hoax’ or a part of some conspiracy, my recommendation to you is to know proper now that it is a lethal illness spreading like wildfire all through the world,” his assertion went on. “PLEASE make each try to stall the unfolding of the virus.” Cross joined with Todd Rundgren, Micky Dolenz for a tour in celebration of The Beatles’ “White Album” in 2019. And sure — he additionally performed “Sailing” and “Ride Like The Wind.” He is on the mend.

SHORT TAKES — Bruce Morrow started his new radio-slot on John Catsimatidis ‘WABC this weekend. A national treasure at 84; we wish him all the best …

The Prince of Pop Bios, Mark Bego, gets the Nancy Berk podcast treatment this week on her Entertaining Insights. He’ll discuss his forthcoming biography on singer Freda Payne (“Band of Gold”) and his East Like A Rock Star title which is being re-released this November via Skyhorse Publishing …

Speaking of Berk, she just interviewed The Moody Blues’ John Lodge; Justin Haywood; and,  in past weeks, George Thorogoodand and Micky Dolenz …Tiger King’s Carole Baskin was announced this week on the next Dancing With The Stars …

Just saw the trailer for The Comeback Trail, starring Robert DeNiro; Tommy Lee Jones; Emile Hirsch; Zach Braff;; and, Morgan Freeman. Written by the same fellow (George Gallo) who did 1988’s Midnight Run with DeNiro and Charles Grodin. The later is a stone-cold classic and this new one looks positively hilarious. Don’t know about you, but a funny, escapist movie is exactly what I need right now. How about you? Take a look: