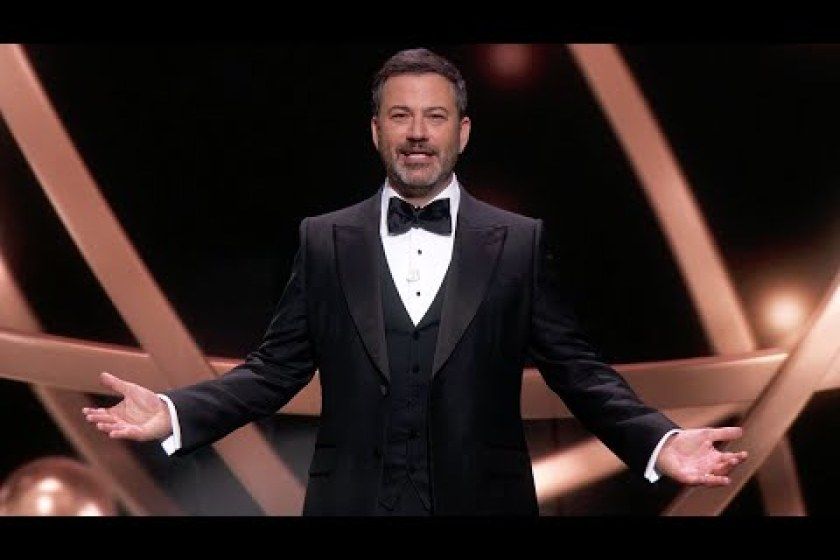 SCHITT’S SHOW — Sunday’s 72nd Emmy Awards was billed in advance as one like never before and boy was that on target? Jimmy Kimmel, who I like but never, really got as a comedian, soldiered on with material that just fell flat most of the time. An early bit with Jason Bateman, was funny, but went on far too long. Another bit with Jennifer Anniston, about taking a fire extinguisher to an envelope (don’t ask) seemingly went awry as the Friends-star has to douse this fire twice. Did they almost burn down the cavernous Staples Center? Not really, but for a moment, it did foreshadow how the rest of the show would go.

Schitt’s Creek, in the first hour, won an unprecedented 7 awards; thrilling the critics and industry-folk who saw each season on screeners at home, but for most of the rest of us, we never saw the show until Netflix picked it up two seasons ago. Ergo … most of the audience left the show resulting in the lowest rated Emmy show … ever. Pretty sad for sure.

Eugene Levy and Catherine O’Hara should have been honored years ago and I must confess, it was a pleasure seeing them both win again and again. Remember how funny Levy was in Ron Howard’s Splash (back in 1984). I’ve been a fan of his, and of O’Hara’s, for decades.

Two out of my four favorites won: Billy Crudup for a truly stellar performance as network chieftain Cory Ellison in Apple TV’s The Morning Show; and, Julia Garner for her role as Ruth in Ozark – actually her second win in a row.

In case you missed it, Crudup’s performance of Stephen Sondheim’s “Not When I’m Around” (from Sweeney Todd) with Anniston on the TV-show, was one of the year’s highlights. Totally unexpected, yet totally satisfying,

Jim Parson and Dylan McDermott, both amazing in Ryan Murphy’s Hollywood, lost. They were robbed if you ask me.

A David Letterman presentation sort of fell flat too. With his beard now totally out-of-control and a buzz-cut, he looked like retirement was sort of agreeing with him. Truth be told; I’d love to have him back. His opening salvo to the late-Regis Philbin (Don’t worry … you’re in the montage) was a tad too industry-speak … but, hilarious.

The In Memoriam segment; with Her performing Prince’s “Nothing Compares To You,” was nicely done. This year’s big omission was the late-Hal Wilner’s name, from Saturday Night Live. There’s always someone left out, sadly. Just for the record: This year’s segment was truly heart-breaking … too many names I personally knew.

Sucession’s Jeremy Strong was also honored, as was the show itself. Unfortunately, EPIX’s Laurel Canyon – which I really loved- missed the boat too.

Tough one for sure.

I finally finished watching Marty Scorsese’s No Direction Home (2015); a fabulous documentary about Bob Dylan. Its long for sure, but takes a deep dive into Bobby D. It chronicled Dylan’s evolution between 1961 and 1966, from folk singer to a voice of a generation. Most striking to me were comments from close-friend Bobby Neuwirth, who said Dylan never came to the audience; the audience came to him. Although the doc ends at Dylan having his much chronicled motorcycle accident, (which stopped him from performing for 8 years), I would have loved to have seen a followup. Marty? …

Friday last was the 50th anniversary of the passing of Jimi Hendrx! Amazing, right? Micky Dolenz re-counts his adventurers with Mr, Hendrix as he was the opener for the Monkees way back when: https://www.yahoo.com/entertainment/micky-dolenz-recalls-illfated-monkees-tour-with-opening-act-jimi-hendrix-yeah-it-was-kind-of-embarrassing-011357916.html …

If you haven’t yet seen Robert Miller’s Yellow Submarine-inspired -video for his new song  (“I Wanna Be Your Girl”)with his project Grand Slam; its terrific. Check it out here

… And, did we buy Ellen DeGeneres’ apology-monologue yesterday? Hard to tell. Again, all I can say is that a close associate of mine had a meeting with her years ago and found it just unbelievably bad. He was told what he could do; couldn’t tell; and, what to say! I do know firsthand that as a project grows, one does tend to lose complete control Stay tuned … something tells me this is not over by a long-shot.

Suzanna BowlingJune 28, 2022
Read More
Scroll for more
Tap
New Year’s Eve Ball Drop Will Be Virtual from Times Square
Artists in Residence Songs Dealing With These Times: Behind the Scenes