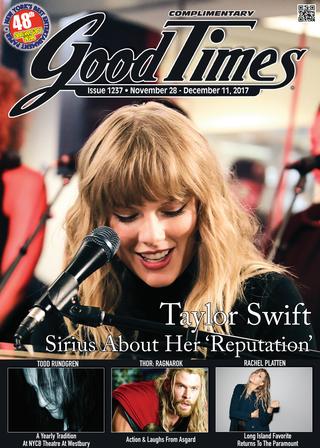 HOLLYWOOD CONSOLIDATION — (via SHOWBIZ 411/Roger Friedman) Um, this is a little worrying. The companies that own Variety and the Hollywood Reporter, Deadline, Billboard, Rolling Stone and all the secondary awards shows like the Golden Globes and American Music Awards are now ONE. Their announcement this morning skirts the word “merge” but that’s what they’ve done.

Penske Media, owned by Jay Penske, heir to the Penske moving van and auto companies, is going to run the company called MRC, formerly Valence, which sprang from the loins of Guggenheim Partners and Todd Boehly. That gang owns Dick Clark Productions, which produces all those awards shows. It also produces TV shows and movies, from Ozark to Knives Out.

The announcement says they’re going to “create content” based on the outlets, which include PMC’s Rolling Stone, Variety and Music Business Worldwide interests. So, there’s going to be one massive voice and outlet for the music industry.

Well, Penske’s publications have been thriving but the MRC/Valence ones have been on the ropes for some time. They’ve had massive layoffs all year. So, it was just a matter of time before consolidations were eyed. But this also includes the so-called “objective” awards shows.

What Hollywood doesn’t need right now is just one massive publisher speaking for the industry. Stay tuned for more developments and reactions.

Simply unthinkable. Things are really downtrodden in Hollywood right now. Agencies are shuttering and others just leaving the mix all together. The Fall TV season which usually began in September will be lucky if they start in November, if at all. Shows like New Amsterdam won’t even start filming till 2021; and, others, like Stumptown have been cancelled all together. Complete disarray as no one knows what the outcome will be … or, if there will be one at all.

Live entertainment -clubs and venues like Madison Square Garden – probably won’t resume anything until 2022. How clubs like The Cutting Room and the new City Winery will survive is anyone’s guess. Tours are being re-set or scuttled all together. The sad reality is live entertainment as we know it, will never be the same.

Who would have thought that the pandemic would effectively signal the end of the entertainment industry as we’ve known it?

I know industry execs who are still locked-down in their homes; they haven’t been to their offices since February … and, there are still no firm plans on when to return. They’re working from home, but it’s a whole different scenario.

I’ve been involved in this always-interesting business for quite some time and I’ve never seen anything like this before.

Unprecedented times for sure.

RIP HARRRY EVANS — Sir Harold Evans, the charismatic publisher, author and muckraker who brought investigative moxie to the British press, newsmaking dash to the American book business through best-sellers like Primary Colors and synergetic buzz to all as author-publisher Tina Brown’s husband, has died. He was 92.

Brown said he died Wednesday in New York of congestive heart failure. She added that there would be a “very small” family funeral, and, depending on the status of the coronavirus pandemic, a celebration next June in London.

“He was the love of my life,” Brown wrote Thursday in an email to the Associated Press. “His magical optimism lifted up our family every day he was alive and I could have achieved nothing without him by my side.”

A vision of British erudition and sass, Evans was a high-profile go-getter, starting in the 1960’s as an editor of the Northern Echo and the Sunday Times of London and continuing into the 1990’s as president of Random House. His marriage to Brown was a paradigm of media clout and A-list access that helped shape the book and magazine markets for years and helped embody the term “synergy” for businesses reinforcing each other.

A defender of literature and print journalism well into the digital age, Evans was one of the all-time newspaper editors, startling British society with revelations of espionage, corporate wrongdoing and government scandal.

In the U.S., he published such attention-getters as the mysterious political novel Primary Colors and memoirs by such unlikely authors as Manuel Noriega and Marlon Brando.

He was knighted by his native Britain in 2004 for his contributions to journalism.

“Harold Evans was a true genius. I know of no one else who had the range he had with words — as crusading editor, thoughtful writer, book publisher, book author and most importantly in energetic conversation,” Bob Woodward wrote in an email Thursday to the AP.

“A newspaper is an argument on the way to a deadline,” he once wrote. He was just 16 when he got his first journalism job, at a local newspaper in Lancashire, and after graduating from college he became an assistant editor at the Manchester Evening News. In his early 30’s, he was hired to edit the Daily Echo and began attracting national attention with crusades such as government funding for cancer smear tests for women.

He had yet to turn 40 when he became editor of the Sunday Times, where he reigned and rebelled for 14 years until he was pushed out by a new boss, Rupert Murdoch.

“There have been many times when I have found that what was presented as truth did not square with what I discovered as a reporter, or later as an editor, learned from good shoe-leather reporters,” he observed in My Paper Chase, published in 2009. “We all understand in an age of terrorism that refraining from exposing a lie may be necessary for the protection of innocents. But ‘national interest’ is an elastic concept that if stretched can snap with a sting.”

Meanwhile, Evans became infatuated with an irreverent blonde just out of Oxford, Tina Brown. Their initial communication was comedy worthy of Brown’s society reportage. Evans came upon some writings by a Tina Brown that so impressed him he contacted the author, only to learn that “Tina Brown” was short for Bettina Brown, his future wife’s mother.

Their garden apartment on Manhattan’s exclusive Sutton Place became a mini-media dynasty: He the champion of justice, rogues and belles lettres, she the award-winning provocateur and chronicler of the famous — as head of Tatler in England, then Vanity Fair and The New Yorker, and as author of a best-selling book about Princess Diana.

Evans emigrated to the U.S. in 1984, initially serving as editorial director of U.S. News & World Report, and was hired six years later by Random House. He published William Styron’s best-selling account of his near-suicidal depression, Darkness Visible, and winked at Washington with Primary Colors, a roman a clef about then-candidate Bill Clinton that was published anonymously and set off a capitol guessing game, ended when The Washington Post unmasked magazine correspondent Joe Klein.

Evans had a friendly synergist at The New Yorker, where Brown serialized works by Monica Crowley, Edward Jay Epstein and other Random House authors. A special beneficiary was The New Yorker’s Jeffrey Toobin, who received a Random House deal for a book on the O.J. Simpson trial that was duly excerpted in Brown’s magazine. Toobin would joke that he had become a “wholly owned” subsidiary of the Evans-Brown franchise.

Evans took on memoirs by the respected — Colin Powell — and the disgraced: Clinton advisor and alleged call girl client Dick Morris. He visited Noriega’s jail cell in pursuit of a memoir by the deposed Panamanian dictator.

In 1994, he risked $40,000 for a book by a community organizer and law school graduate, a bargain for what became former President Barack Obama’s Dreams from My Father.

As Evans recalled in My Paper Chase, he met with Brando in California, first for dinner at a restaurant where the ever-suspicious actor accused Evans of working for the CIA. Then they were back at Brando’s Beverly Hills mansion, where Brando advocated for Native Americans and intimated that he had sex with Jacqueline Kennedy at the White House.

After a follow-up meeting the next afternoon — they played chess, Brando recited Shakespeare — the actor signed on, wrote what Evans found a “highly readable” memoir. He then subverted it by kissing CNN’s Larry King on the lips, “stopping the book dead in its tracks,” Evans recalled.

Evans left Random House in 1997 to take over as editorial director and vice president of Morton B. Zuckerman’s many publications, including U.S. News & World Report and The Atlantic, but stepped down in 2000 to devote more time to speeches and books.More recently, he served as a contributing editor to U.S. News and editor at large for the magazine The Week. In 2011, he became an editor-at-large for Reuters. His guidebook for writers, Do I Make Myself Clear?  was published in 2017.

“I wrote the book because I thought I had to speak up for clarity,” he told The Daily Beast at the time. “When I go into a cafe in the morning for breakfast and I’m reading the paper, I’m editing. I can’t help it. I can’t stop. I still go through the paper and mark it up as I read it.”

SHORT TAKES — Vic Kastel did an interview with Melbourne’s Plastic EP; on his current Time Traveler CD. Check it out here:

Coming in April of 2021: Prisoners of Love: Inside The Dakota With John Lennon Paperback – April 13, 2021 by Peter Doggett. Who wrote one the best books ever on The Fab Four. Here’s the description: John Lennon’s five-year retirement from the world of music, his brief comeback in 1980, and his brutal murder outside his New York home have become the stuff of legend. But the reality of his daily life during that period has been obscured by the mythology Lennon sold to the press in his final interviews, and which his widow Yoko Ono has maintained to this day. Acknowledged Beatles expert Peter Doggett is a lifelong fan of Lennon, and the author of The Art And Music Of John Lennon, a detailed commentary on his entire artistic output. Several years ago, a mysterious set of circumstances led him to a room where he was able to read several of the ex-Beatle’s private diaries – never revealed to the public or represented accurately in other books about Lennon. What he learned forced him to confront everything he believed he knew about his hero, and also the profound influence that” ... For my money, author Doggett wrote what I feel is one of the best books on The Beatles’, 2011’s You Never Give Me Your Money. Just an excellent read and from what I can tell, pretty accurate … Still waiting to hear whatever happened to Joanna Bonaro and Rory McEvoy’sGood & Screwed. It featured Robert Funaro from The Sopranos in a well-deserved  romantic turn. Does anyone know? …

Author Andre Ginnane’s next release on her The Adventures of Sal will be out next month via Yorkshire Publishing. More on the marvelous Andre next column … The Kid Creole & The Coconuts 40th anniversary release of their classic Off The Coast of Me (1980) came out in June 11 and there have been three singles from it already. If you’re a fan of the band this is a must-have release. Check out their site here: http://kidcreoleandthecoconuts.com/2020/05/26/off-the-coast-of-me/ … Happy Bday Cory Robbins and Melissa Davis!