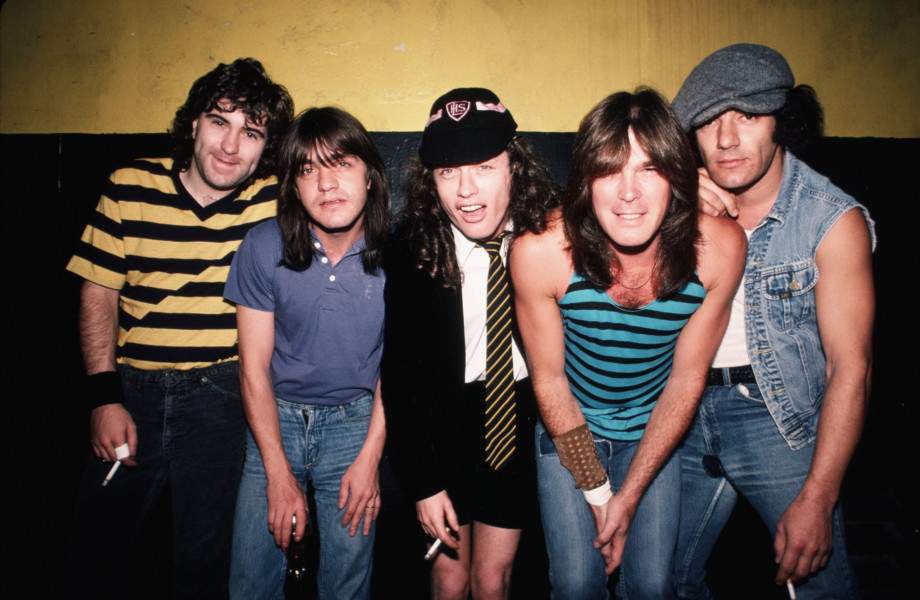 AC DC —That new AC/DC album will be released anytime now with posters popping up all over Sydney this week.

AC/DC’s social media have been updated with a new image of a thunderbolt while in Sydney posted surfaced overnight (Monday 28 September) including one on a pole outside Ashfield Boys High, the school Angus Young went to.

The album title has not been officially named but the wording on the pole outside Ashfield Boys High says PWR/UP – power up?

Work on this AC/DC album dates back to 2018 when the band gathered at Warehouse Studios in Vancouver.

AC/DC co-founder Malcolm Young died in November 2017. This new album is said to feature many of his guitar flourishes taken from his archives.

AC/DC is one of those bands I just could never get into, but their following is huge. Maria Milito and Ken Dashiow (on Q1043) play them all the time.

Formed in Sydney in 1973 by Scottish-born brothers Malcolm and Angus Young. Although their music has been variously described as hard rock, blues rock, and heavy metal, the band themselves call it simply “rock and roll.”

THE PARKER PROJECT — Sony Pictures Television has acquired global distribution rights to the documentary Who You Gonna Call? chronicling the life of Grammy-winner Ray Parker Jr., who penned the smash hit song Ghostbusters.

Directed by award-winning filmmaker Fran Strine (Hired Gun), the documentary follows Parker’s struggles growing up on the racially charged streets of Detroit in the 1960’s and escaping violence to rise in the music industry touring with Stevie Wonder and The Rolling Stones at just 18 years old. The film provides a full retrospective of Parker’s successful music career before getting the call from Ivan Reitman to write and perform the hit song for the 1984 film Ghostbusters.

The project, which is produced by Ola Strøm, and Strine of Power Chord Films, marks the first endeavor for the duo into the world of music and artist documentaries. Strøm also executive produces.

I wonder if the film will touch on the fact that Huey Lewis sued – saying the song was a rip-off of his “I want A New Drug” – and, won?

SHORT TAKES — Watched the latest edition of Fargo (FX) this past Sunday night and after a very, long beginning, there was Chris Rock. Noah Hawley, the producer of the TV-series has done just an excellent job so far in defining this series on the small-screen and judging from this three-hour premiere (and, truth be told, the second hour was far more engaging), he’s still got a lot of surprises up his sleeve. I like Chris Rock and I know he’s coming out of something of a career-adjustment, so his performance here is key. Jason Schwartzman is also pretty great here too. Early reviews have not been that kind, but Hawley is an acquired taste. Stay tuned … Monday was 200 days of Broadway being shut down … and, still no end in sight. Sad to say, but many shows are just not going to return. Hard to believe the Broadway scene, that has been written about; celebrated in movies and TV and, delighted thousands everywhere is pretty much gone. Utterly sad …

Robert Miller, erstwhile leader of Project Grand Slam, has put together a solo album during the pandemic, entitled Summer Of Love 2020. I just heard three tracks and was very, very impressed. Remember “Heaven” …

We caught the Invisible Man release over the weekend; this movie was the one big one right before the shutdown. We love Elisabeth Moss and the movie was a hoot. Face it, you know the plot, but director Leigh Whannell (who also wrote the screenplay) delivers some very stylish renderings. The house where Moss lives in is rather spectacular – must be Silicon Valley and the sci-fi elements really work. Whannell also ends the movie with a sly stroke. Moss’ husband becomes the Invisible Man via a special optically-designed suit. When the husband and is finally dispatched – and, I won’t tell you how – Moss leaves with the suit. Sequel? There just could be. The film was a fun ride for sure …Stay tuned … Happy Bday Elizabeth Neff & Chuck Taylor!