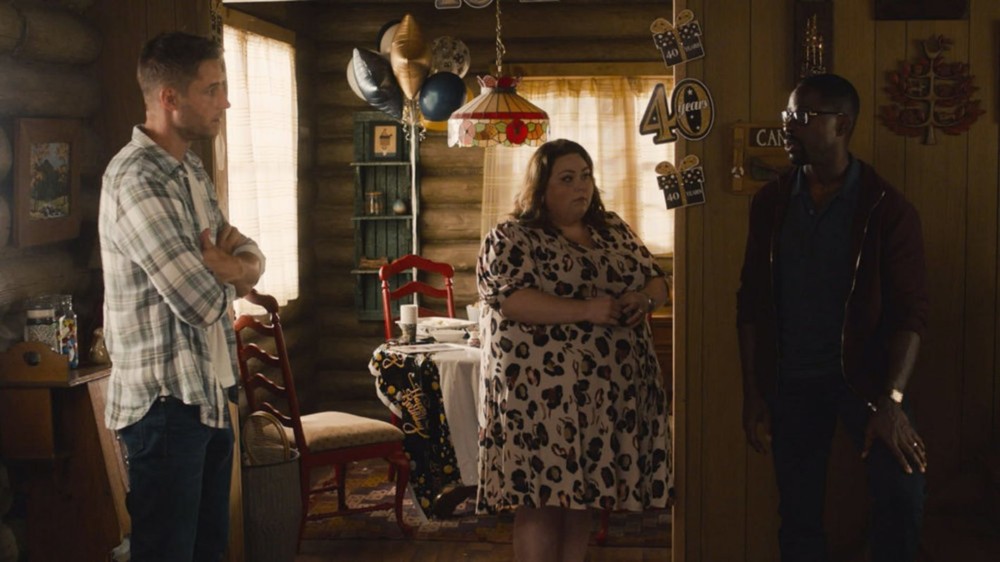 THIS IS US 5 — I watched, along with millions, the two-hour season premiere of NBC’s This Is Us – its 5th season premiere Tuesday night – and was just wowed by all the intel in it. It also featured a drop-dead ending (no pun intended!) – a character thought to be DOA, was suddenly not. Creator Dan Fogelman again created a stunning show. This Is Us, like every other show, was delayed and changed by the world pandemic. Several scenes that were shown in the premiere had already been shot and some were still used, while others were discarded all together. Dialogue about the pandemic, George Floyd and civil protesting were all included.I knew that this new intel was going to be discussed and I wondered if I would feel somewhat force-fed? Turns out, it was handled discreetly and diplomatically. Face it, to have ignored it, would have been ludicrous. I mean, how could you ignore what’s going on right now? The story picked up with the travails of the Pearson family, as the three sibling, Kevin, Kate and Randall, all turned 40. All the actors have become so comfortable in these roles, that you can’t help but applaud their efforts. Especially compelling was Milo Ventimiglia as the hero Jack; and, yes, I will call him a hero. Every show on TV has got to deal with his; if it were ignored, they’ be called out for it. This was the first show out of the gate to deal with this and trust me, they all will deal with it. They have too. News came late-yesterday, that the number of shows originally called for this year has been drastically cut down. Welcome to the new reality in TV–land.

PRYOR WON —MGM won a difficult film rights auction and will partner with black-ish creator Kenya Barris for a movie on iconic comedian Richard Pryor. Barris will make his directorial debut on a film he will write. The producers are Barris and Jennifer Lee Pryor.This comes after the studio acquired rights for a biopic on Sammy Davis Jr.Hollywood has long been fixated in turning Pryor’s life into a narrative film, which the comic kind of did after lighting himself on fire in a freebasing accident. He includes that in Jo Jo Dancer, Your Life is Calling back in 1986. The most serious attempt to mount a movie came in 2016, when The Weinstein Company and Pryor’s widow Jennifer teamed with director Lee Daniels on a script by Bill Condon and Danny Strong that was going to star Mike Epps as Pryor, with Oprah Winfrey playing Pryor’s grandmother, who ran a brothel and raised the iconic comic there; Eddie Murphy as Pryor’s father, Leroy “Buck Carter” Pryor and Kate Hudson to play Pryor’s widow, Jennifer. The film never made it to the start line.Pryor’s incredible life deserves a film. MGM describes him as: a groundbreaking, once-in-a-lifetime talent, Richard Pryor was a masterful storyteller, a multi-talented entertainer, a comic of acerbic wit, and a survivor with no self-pity. With his raw, honest and deeply personal approach to comedy, Pryor transformed the entire art form through his work, inspiring and influencing the generations of artists to come.Said Barris: “The way Pryor did what he did — with truth and specificity that was somehow self-aware and self-deprecating, and said with an unmatched level of vulnerability – that was the power and impact of his work,” said Barris. “Pryor had a voice that was distinctly his and, in many ways, comedy since then has been derivative of what he created. To me, this is a film about that voice, the journey that shaped it, and what it took for it to come to be.”Said Jennifer Lee Pryor, “Having had a front row seat to much of Richard’s life, I am excited that the mystery of his genius is finally going to be explored and Kenya Barris is the perfect person to do it. Richard and Kenya are creative brothers.”MGM said: “The NY Times has said of Richard Pryor, he was an ‘iconoclastic standup comedian who transcended barriers of race and brought a biting, irreverent humor into America’s living rooms, movie houses, clubs and concert halls.’ We couldn’t agree more. Along with our partners, we are incredibly excited to share Richard’s extraordinary life with audiences the world over.”Pryor was the first ever recipient of the prestigious annual Mark Twain Humor Prize, and arguably the greatest stand-up comic of all time. He starred in nearly 50 films, and the series The Richard Pryor Show and Pryor’s Place. He wrote for shows including Sanford and Son, The Flip Wilson Show and two Lily Tomlin specials, one of which earned him both an Emmy and a WGA Award. His first screenwriting credit Blazing Saddles, with Mel Brooks, earned him the WGA Award.His stand-up has been captured in four feature films, Live and Smokin’, Richard Pryor Live in Concert, Richard Pryor Live on Sunset Strip, and Here and Now (the latter also his 1982 directorial debut). His numerous recordings have earned him two platinum albums, five golds, and five Grammy’s.I watched ABC’s The last Days of Richard Pryor in January and was riveted … and, I remember him well.I hope the movie does him justice; he certainly deserves it.

NEW BATWOMAN — The CW has given us the first full look at Javicia Leslie in the brand new, redesigned Batwoman suit — and she came to slay.Some noticeable features of the new suit are the cowl that features natural, curly hair with red streaks, red gauntlets over the forearms, and shorter boots. The redesign also features new materials, with laser etching to create more visual depth and a stronger silhouette. During DC FanDome in September, Leslie hinted at these new features for Ryan Wilder, saying that, as the first Black Batwoman, she wanted to celebrate her natural hair and curves. Ryan’s journey starts from a place of ‘What can this Batsuit do for me?’ But it’s not long before she realizes the power of its symbol and what it can do for everyone else in Gotham City,” said executive producer Caroline Dries of Batwoman’s new look. “As Ryan embraces everything that makes her special, she adjusts the suit to fit her physically and figuratively. This meant creating a new body design and new cowl that was undeniably a statement that screamed ‘powerful.’ Maya Mani sent me her drawings and I loved it. The wig was something we never perfected in season one, and Janice Workman crushed it with this new take. Javicia and I saw various prototypes of styles and red ombres, and at one point we were trading our own iPad-doodled versions. Janice translated that into what we are looking at now. When I see it, I smile. It makes me feel inspired.”Leslie added, “I love the fact that Ryan is becoming her own Batwoman — it’s her style, her swag, and her moment! It was an honor to be able to collaborate with Caroline and Maya. I felt it was important that viewers could tell by the silhouette that Batwoman was a Black girl. With the form-fitting suit and beautiful Afro, we definitely nailed it!”This may be your first look at Wilder (Leslie) in the suit, but you’ll have to sit tight until the big reveal in the third episode. At the beginning of Season 2, Ryan will don Kate Kane’s suit, but as she grows into her newfound role as Batwoman, she redesigns the suit to let Gotham that a new hero has arrived.During DC FanDome, Leslie admitted that one of her biggest goals was to play a superhero — now she is making history has the first Black woman to play Batwoman. Leslie, who is bisexual like Ryan, said it is an honor to play a character that is just like her. She points out that it is not common to play a character that represents the community that she belongs to. “It feels really powerful,” she said. “With everything that’s going on right now, this is what we need. We need to see representation.”This is the first time in memory that a new outfit has generated this much chatter. Truth be told, I watched the first season and thought Ruby Rose was terrific; although the quality of the scripts began to drop off IMO.

The show was not Gotham, but compelling. I hope with the character change, and obvious story changes, everything will improve.

HARKHAM’S A MARKED MAN — Last year, 2019 it twas, we ran much editorial about hotelier Efrem Harkham; on his new book with celebrity-scribe Mark Bego; and, on two of his LA-hotels, The LuxeBeverly Hills and the Luxe Sunset. His PR-man at the time set up several interviews and keep us updated on a post-Labor Day event at the Sunset location.The party was a blast, Supreme-Mary Wilson showed up, as well as “Band Of Gold” singer Freda Payne; record producer extraordinaire Joel Diamond; Rebecca Holden from TV’s Knight Rider; and a slew of media bigwigs.

Turns out, the PR-man, who was there in LA, was still, and still is, due monies … that now appear will never be paid, as Harkham suddenly closed in Beverly Hills location two weeks back and has just put his newly-opened NY-location, the Luxe Life Hotel, on the block.

According to insiders, he’s also installed his son as CEO; no doubt in advance of several legal maneuvers yet to come.

I have to tell you; I didn’t love his story and I didn’t love him. He struck me, even over the phone, as one shady operator. The book, Living The Luxe Life was great; but, that was certainly more of a reflection of working with a gold-mint writer like Bego. And, I know for a fact, that the book, originally scheduled for a May 2019 released, was held at the last minute due to some personal reflections in the book from Harkham, that just had to be altered.
That original date was right before the ABA in NYC, which the PR-man had set Harkham to appear at. Harkham reportedly had to personally buy almost the entire first-run of the book.Now, I’m not here to bury anyone, but, clearly Harkham’s shenanigans have caught up to him.

SHORT TAKES — Did you happen to catch one of our favorite groups, from Iceland, Of Monsters and Men, debuting their new single “Visitor” on Jimmy Fallon last week? OMAM have a terrific sound; sonically pleasing for sure. It sure sounded good, but the video-like presentation was terrific. Take a look:

If music isn’t going to be live for a good while, good staging, visuals and performances are now key … Read Keith Girard’s interview with The Adventures Of Sal-author Andre Ginnane in the current issue of his NY Independent. Check it out here: https://www.thenyindependent.com/art/3658/andre-ginnane-childrens-book/ …

Did you hear that terrific version of Eric Clapton’s “Let It Rain” from The Doobie Brother and Peter Frampton? Very classy! Here is it: 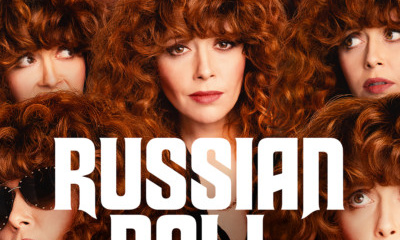 Suzanna BowlingApril 25, 2022
Read More
Scroll for more
Tap
Bring the Love of Thanksgiving to Your Table with Campo Viejo Wines and Social Studies Settings
What To Watch October 29th To Take Away The Blues